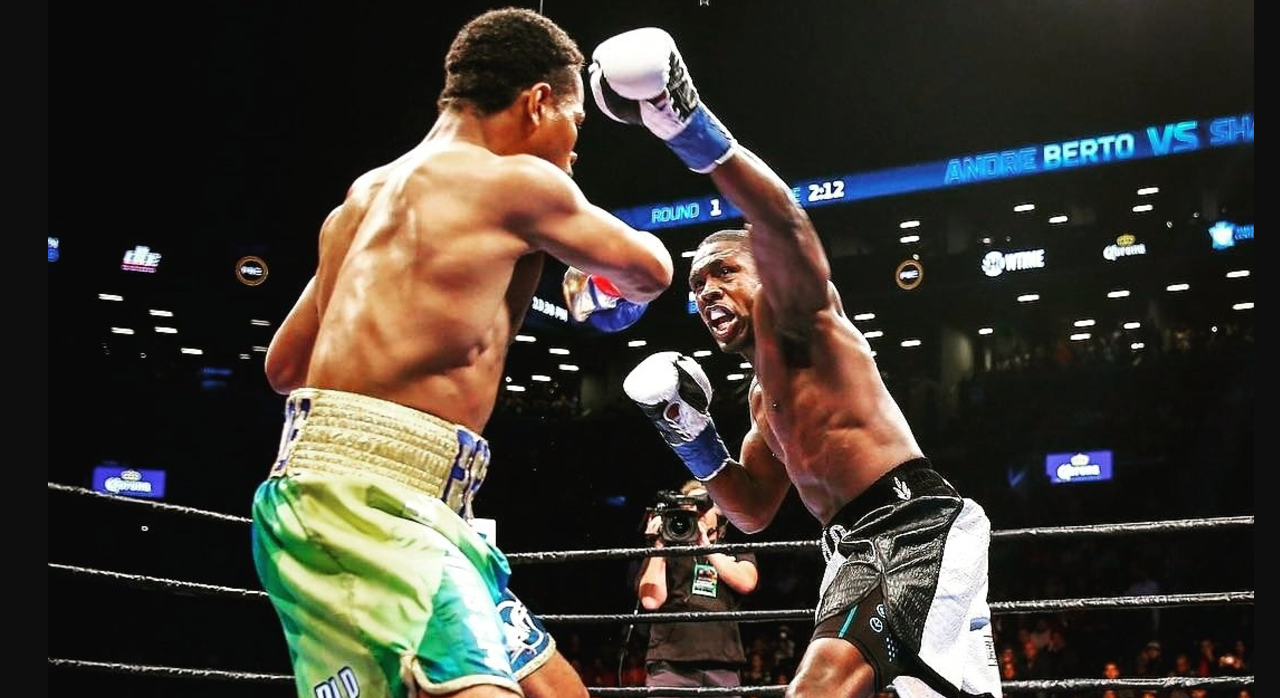 Both fighters came out strong in round one exchanging hard punches. They had their moments landing & stunning each other within hard exchanges. Berto’s hand speed allowed him to counter, however he was having a hard time with Porter’s pressure. Round two was explosive and again both fighters landed in micro moments of exchange. In the last minute Porter had Berto on the ropes landing some real heat and hurting Berto almost dropping him. Then Porter landed a big shot dropping Berto within the last seconds however he did not seem hurt.

As the fight continued into the 3rd round both fighters kept the pressure exchanging lots of punches and giving the fan tons of action. The aggressiveness of Porter pushed Berto into the ropes forcing him to fight in a phone booth. Frustration started on Berto’s face as the fight continued into the 4th round. Porter’s smothering style & pressure was not allowing Berto to box as Porter continued the phone booth style fight. There were two accidental head butts in the 4th and the Doctor was called into the fight. The fight was allowed to continue as both fighters end the round strong.

Blood dripping from both cuts over Porter’s eyes in round 5 he keeps the smothering pressure frustrating Berto.Trying desperately to make something happen while Porter is making things sloppy & rough.

Both corners are checked by the ringside doctors as both Berto & Porter suffered cuts over their eyes. The Doctoer’s allowed the fight to continue. As the fight went into the second half there was not much difference then the first 6 round. Both fighters fighting within their styles and land during heated exchanges. In round 8 Berto seems like he is in trouble as Porter was putting on a lot of pressure forcing the fight into the ropes. Berto survived the exchange taking the fight back into the phone booth. Porter continued to land to the body as the round came to an end.

The fight came to an end when the ref stopped the fight in the ninth round when he seen enough.

Porter is now the mandatory challenger to WBC, WBA world champion Keith Thurman. The fight is expected to happen later this year.