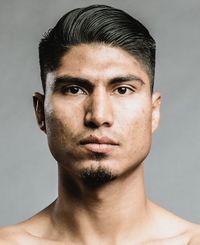 From the moment he laid hands on Dejan Zlaticanin to win a world title in a third weight class, Mikey Garcia knew he would be returning to the ring some time in the summer and hopefully in a big fight.

What became a reality even exceeded his own expectations.

The unbeaten lightweight titlist didn't blink in agreeing to move up in weight for a 140-pound showdown with former four-division titlist Adrien Broner. Their non-title fight will take place on July 29, airing live from a venue to be determined on Showtime.

By his own admission, a clash with Broner wasn't the first plans for Garcia's summer return. As he has grown into the lightweight division, the hope was to begin unifying the titles at that weight to add to the WBC title he annexed in his three-round destruction of the previously unbeaten Zlaticanin this past January. Showtime was on board to make a date available for both Garcia and Broner, originally in separate bouts and possibly even on separate dates.

Once it made sense to just go straight to the main course, both camps agreed there was no time like the present.

"It’s the biggest fight available," Garcia (36-0, 30KOs) said of his upcoming blockbuster showdown during a media conference call on Thursday. "We wanted a fight with (WBA titlist and WBC "Diamond" beltholder) Jorge Linares. He mentioned he'd possibly want it later this year, but wanted voluntary defense. A fight with (WBO titlist) Terry Flanagan looked like it was going to happen, but then he got hit with the mandatory defense and will probably face (2012 Puerto Rican Olympic boxer and current unbeaten lightweight contender Felix) Verdejo next.

"So, originally my plans were to unify at 135. That was not available. I was looking for a big name to defend my title. Again, that was a fight that wasn’t available. Adrien Broner has a big name and has accomplished a lot in the sport. It just made more sense to take that fight than to make a regular (title) defense."

It also helped expedite plans that were previously discussed for such a fight to have potentially wrap up a big 2017 campaign.

"We had already talked about a possible matchup later in the year," Garcia confirmed. "When we couldn’t find anything else available that made sense at lightweight, we looked at the 140 pound division with a big name that made sense. Broner’s name came up. We brought it up with (Showtime Sports Executive Vice President and General Manager) Stephen Espinoza and everything came together."

The weight will represent the heaviest to date for the 29-year old Californian, who'd only fought higher than lightweight just once before - his comeback fight versus Elio Rojas last July at 138-pounds following a 2 1/2-year ring hiatus while breaking free from his promotional contract with Top Rank. There stands a strong possibility that his clash with Broner (33-2, 24KOs) could be one-and-done at the weight - although it would depend on his lightweight counterparts making good on verbal promises to revisit unification clashes for later this year.

Or... he might decide that the heavier weight is the best fit, and - with a big enough win - stick out and see what transpires.

"I’d like to unify the title at 135 and plan to do so after this fight, "Garcia confirmed. "If that doesn’t happen and a big fight happens elsewhere, we will look at that. First, we have to win on July 29."