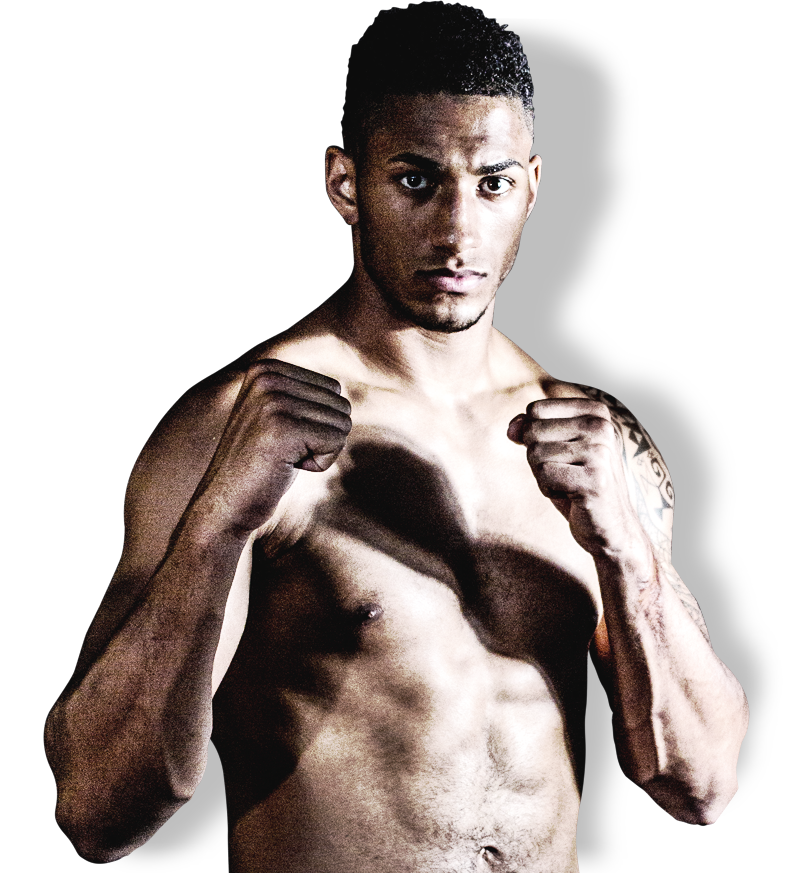 Tony Yoka is officially on the clock.

The 2016 Olympic Gold medalist in the super heavyweight division enjoyed a successful pro debut, stopping previously unbeaten Travis Clark in two rounds Friday evening in his hometown of Paris, France. A pair of knockdowns less than 30 seconds apart did in Clark (12-1, 8KOs), with the second knockdown keeping him on the deck for the duration of referee Smail Alitouche's count.

It stands to reason that the 6'7" Yoka is a work in progress, even as far as Gold medal winners go. Still, it came with clever marketing to match him with a 12-0 opponent right out the gate, even if the fleshy Clark looked the part of your garden variety midwestern American heavyweight. The first round was largely a feel-'em out process, with fans in attendance waiting for Yoka to get untracked as he offered little to suggest he was in full control.

Things dramatically changed in round two, as Yoka was encouraged by American head trainer Virgil Hunter to slow down his heart and put more behind his punches. The 25-year old heavyweight took to the advice, dialing up the aggression and forcing Clark on the defensive. A right hand shot drove the visiting heavyweight to the ropes, drawing a roar from the partisan crowd. From there, Yoka went on the attack, forcing his opponent to the canvas at the midway point.

Clark beat the count but already appeared to be in surrender mode as he offered little resistance for as long as the bout continued. Fortunately for him it wasn't much longer. A pair of power shots from Yoka deposited Clark onto the canvas in a corner, where he took the full count to end the fight at 2:03 of round two.

Yoka was among the most notable signings in 2016 by Richard Schaefer, founder and CEO of Ringstar Promotions who made the trip from California for the event. Yoka signed with the upstart company following his Gold medal run in Rio, scoring four victories including a win over England's Joe Joyce in the men's super heavyweight finals. The feat allowed the tall and lean Frenchman to join on the podium his fiancée Estelle Mossely, who captured Olympic Gold in the women's lightweight division.

With his first win out of the way, expectations will now run exceedingly high for Yoka given his amateur background. Five of the previous nine super heavyweight Gold medal winners went on to capture a heavyweight title in the pro ranks. Chief among them, Lennox Lewis and Wladimir Klitschko established legacies as all-time greats in enjoying lengthy World title reigns.

More big shoes to fill come in the form of Yoka's predecessor, 2012 Olympic Gold medalist Anthony Joshua who stamped his place as the best current heavyweight on the planet following a thrilling 11th round knockout win over Klitschko this past April. The win was Joshua's third successful defense of the heavyweight belt he acquired in a two-round destruction of Charles Martin last April in just his 16th pro fight.

There remains a long road ahead for Yoka, as none of the prior entrants fought for a world title any earlier than their fourth year in the pro ranks. That doesn't mean he won't remain under a microscope every step of the way.

Also on the show, Yoka's Olympic teammate and Bronze medallist Souleymane Cissokho enjoyed a successful pro debut in his own right as he battered overmatched Georgia journeyman Giorgi Kerdikoshvili who was unable to come out for round three of their super welterweight clash.

Opening the telecast, unbeaten two-time Olympic participant Nordine Oubaali moved into the mandatory position for a bantamweight title following a 10th round stoppage of Mexico's Alejandro "Payasito" Hernandez (31-13-2, 16KOs). The 30-year old southpaw from Bagnolet, Seine-Saint-Denis, France - who represented France in the 2008 Beijing and 2012 London Olympics - scored three knockdowns before forcing the stoppage in the 10th round of their "Silver" title fight.

With the win, Oubaali (12-0, 9KOs) will now wait out the upcoming bantamweight clash between unbeaten long-reigning champ Shinsuke Yamanaka and undefeated rising contender Luis Nery to determine whom he next challenges for his first world title shot.

All of the aforementioned bouts aired live on Canal+ in France.