Cecilia Braekhus: Farias Is The Only Fight This Event Deserves 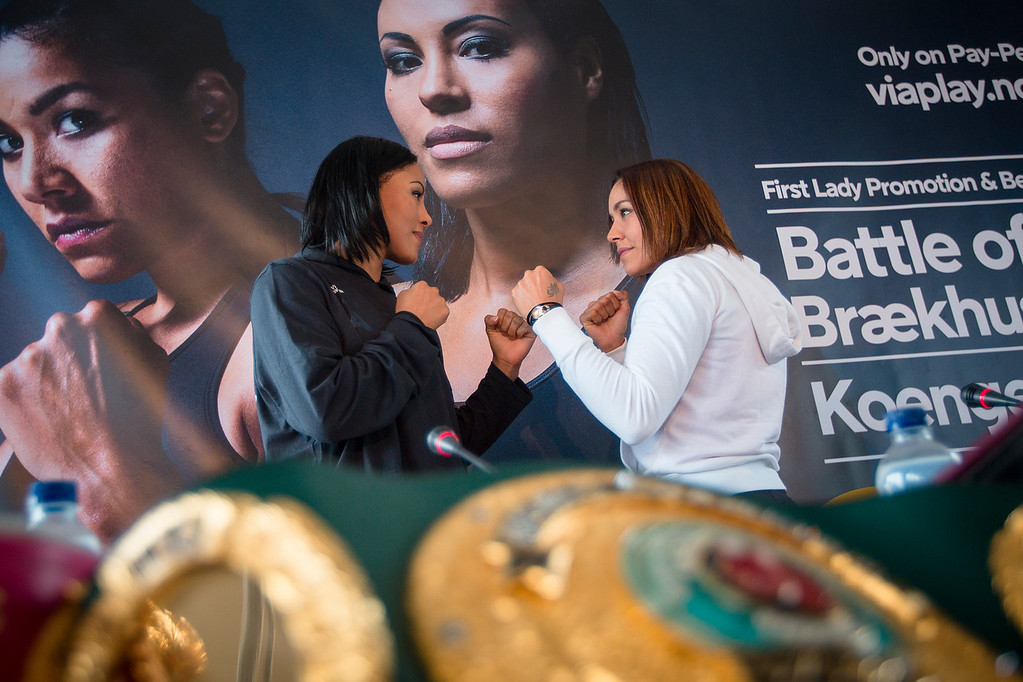 As the pound-for-pound queen and leading attraction for women's boxing, Cecilia Braekhus could've chosen any opponent she wanted for the first true homecoming of her storied career.

Ever the competitor, she sought - and secured - the absolute toughest challenge out there. The reigning undisputed World welterweight champion is locked and loaded for her showdown with super lightweight champ Erica Farias, who travels from Argentina for their anticipated clash this Friday in Braekhus' hometown of Bergen, Norway.

The bout marks the third straight fight in Norway for Braekhus (30-0, 8KOs), but the first in her true hometown where she has lived since two years old when the Colombia-born boxer was adopted by Norwegian parents. Her previous two bouts in country took place in Oslo, roughly seven hours east of the coastal city of Bergen, which hosts its first boxing event in nearly 40 years.

Given such an occasion, the defending champ and absolute best female boxer on the planet wanted to go all in for her local fans.

“This is the real homecoming. That is also the reason why I chose the absolutely toughest opponent out there," Braekhus stated during their final pre-fight press conference Tuesday afternoon. “I’m so excited to be fighting in Bergen, my home since I was a very small child, it means a great deal to me to fight here on Friday night.”

As is the case with any boxer facing the very best in their field, the event means a great deal to her opponent as well.

“This is the biggest fight of my career," acknowledges the 32-year old Farias (24-1, 10KOs), a two-division and reigning super lightweight champ who moves up in weight for this challenge. "I have so much respect for Cecilia and all that she has accomplished in women’s boxing. She has truly been an inspiration to me.”

Braekhus has been an inspiration to the sport in general. She is the only female fighter in history to simultaneously hold all four major titles (WBC, WBA, IBF, WBO) in a given weight class and just the third ever - male or female - to accomplish the feat, with Bernard Hopkins and Jermain Taylor being the only other two claimants to such a feat.

This weekend's bout will mark her 20th attempted defense of at least one title, again joining a very short list of boxers to achieve that mark. Her most recent win came in February, scoring a 10-round win over Klara Svensson, whom Farias defeated in the first defense of her super lightweight title reign in May '15.

More so than remaining champion, the 35-year old local favorite wants to make sure her fans go home with memories of a big event.

"This is the only fight this event deserves," insists Braekhus. "Erica is the toughest opponent of my career, but I’m ready for Friday night to defend my titles.”