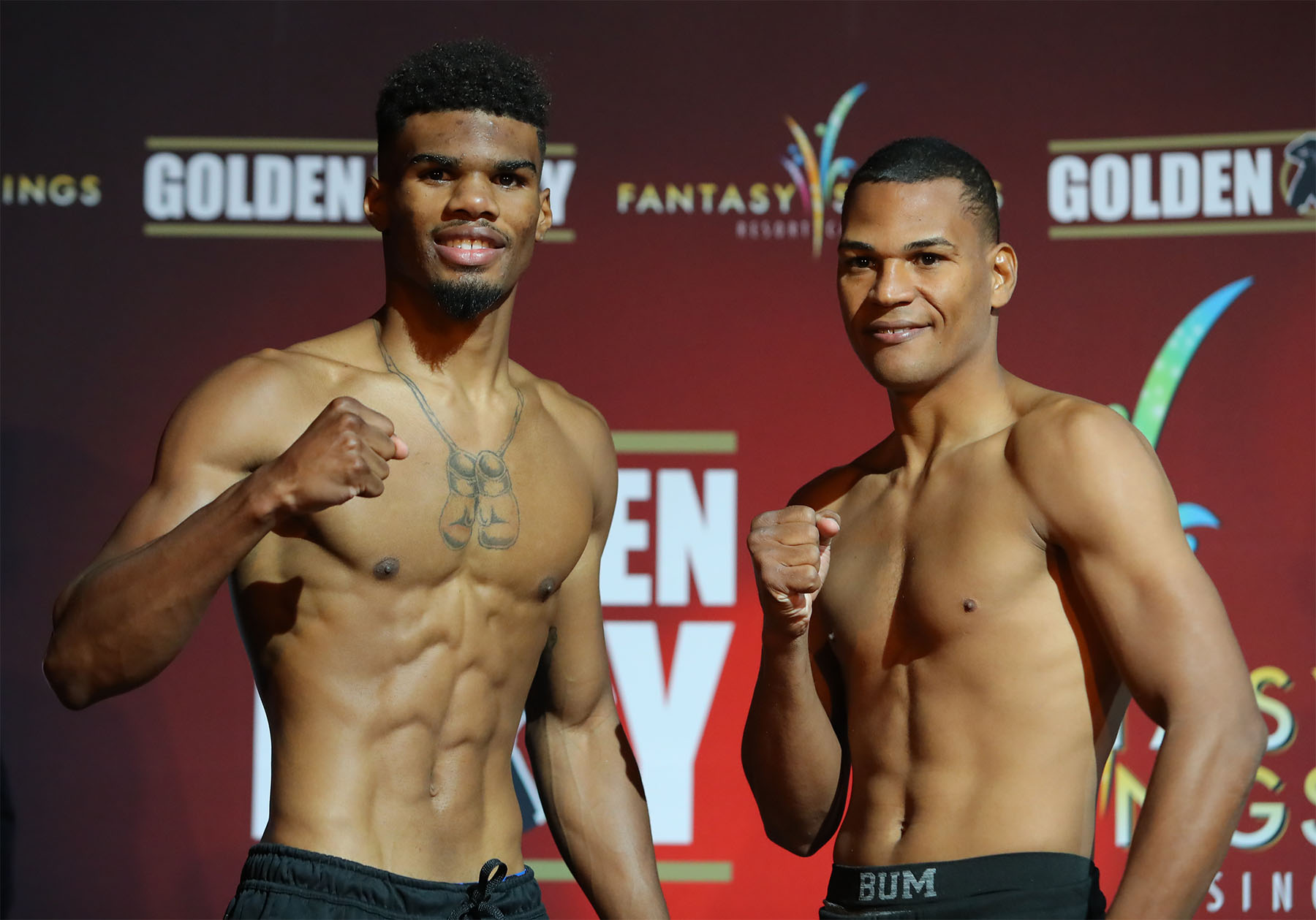 It's a situation that no 22-year old prospect deserves to face. Former amateur standout Ryan Martin was at a point where activity was crucial to his career development, yet where his only fights were taking place in a courtroom while waiting out a bankruptcy filing from then-"promoter" Curtis '50 Cent' Jackson.

The ordeal meant sitting out for 11 months despite his team at one point offering to buy out whatever was left of his contract with the famed rapper and failed boxing entrepreneur. Along came Tom Loeffler—the brilliant driving force behind the U.S. marketing of reigning unbeaten and unified middleweight champion Gennady Golovkin—whom decided to take on the can't-miss lightweight contender in the making (aptly nicknamed "Blue Chip"). From such arrangement already comes his sixth fight in 14 months when he enters the ring on Friday evening—the type of progress which is all he ever asked for as a young talent on the rise.

"It was a rough stretch for sure, but it really told me a lot about myself," Martin (18-0, 11KOs) told FightNights.com of what he hopes will be the worst part of his promising career. "We're fighters, we want to fight. So sitting by and watching everyone else do their thing while you're wondering what's going on in your career is never any fun.

"But everything happens for a reason, and I'm grateful for the team around me—my manager Tim VanNewhouse, my head trainer Joe Delguyd and of course Tom Loeffler and K2 Promotions for taking a chance on me. Now I'm back to fighting regularly and feel so much better about where my career is going."

The night will mark his sixth bout since returning to the ring last April following the aforementioned forced hiatus. He's twice appeared on the undercard of shows headlined by Golovkin, including a spot on the HBO Pay-Per-View undercard this past March headlined by the middleweight champ's thrilling points win over Daniel Jacobs in what marked Martin's first-ever pro bout at the famed Madison Square Garden in New York City. He certainly lived in the moment, battering Bryant Cruz in forcing an 8th round stoppage and second straight win inside the distance.

Three months later, he returns to the ring on a major platform and coming from a physically imposing training camp. The 5'11" lightweight from Cleveland, Ohio by way of Chattanooga, Tenn. was brought in by the handlers for Denis Shafikov to help mimic the style of unbeaten lightweight titlist Robert Easter Jr., whom the Russian contender challenges also on Friday evening on a separate show and platform (Bounce TV live from Easter's hometown of Toledo, Ohio).

"Man, I can't sugarcoat it—this was a ROUGH training camp, but in a very good way," admits Martin. "Shafikov, he carries that hard Eastern European fighting mentality, he brings it every day and wants to treat training like it's fight night. I was able to help them out, while getting a full training camp for my own fight, so it's the best of both worlds. I feel physically stronger than ever and learned so much while training with them in (Big Bear, California)."

All that, and he remains active while gaining nationwide exposure.

"Fighting on ESPN2 on Golden Boy's show is terrific," Martin states, all smiles in thoughts of the stage on which he will perform. "I appreciate any opportunity to be in the ring, but to be on a nationwide network like this really means a lot. I know Golden Boy's fighters—and all of the opponents—always bring it on (this series and in the area in general). There's been some big upsets already (on the series), so I can't leave anything to chance, nor can I just go in there and box to victory. This crowd expects a show for their money, and that's what I plan to deliver."

In Jimenez (22-7, 15KOs), he faces a crafty veteran who generally falls short when stepping up in class but has given his share of prospects and talents a scare or two along the way.

Well aware of the fight immediately in front of him, Martin has all of his focus on Friday evening. That said, few boxers take fights for the sake of just fighting. With a win and escaping injury-free, the hope is to keep the momentum rolling along—maybe even a spot on the undercard of the September 16 blockbuster showdown between Golovkin and former two-division champ Saul 'Canelo' Alvarez—and officially entering the contender stage before long.

"A year from now, I'd love to be in a position where I'm in a title eliminator or whatever it takes to line up a title shot," envisions Martin. "For this year—Marcos Jimenez is who is in front of me, so I have to take care of business here first. But knowing how I trained and what I'm capable of, as long as I stick to my game plan and adapt to all of the tricks he will bring, the win should come and from there hopefully at least two more fights by the end of the year, against Top 15-20 competition."

Not a bad vision for a boxer who just two years ago was left to throw his hands in the air rather than in the direction of another opponent.

"I'm so grateful for where I'm at right now," states the always humble Martin. "Going through all of that stuff (with Jackson's SMS Promotions), it can wear on any boxer, especially a young fighter who needs to stay busy. Everything's going great right now, and it's up to me to keep up the momentum in my career."

What a difference it makes when you're able to control your own destiny.