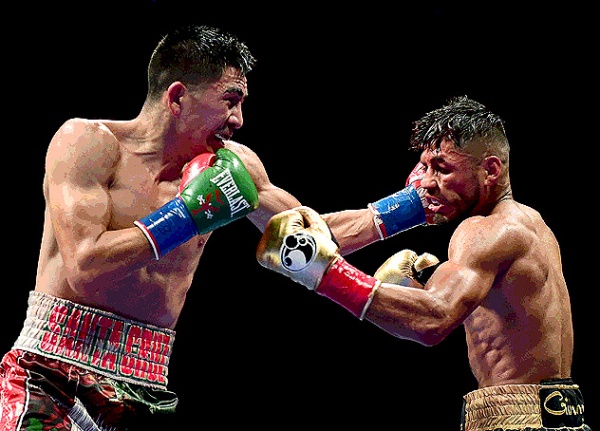 Handlers for featherweights Leo Santa Cruz and Abner Mares have not only speculated a potential date for their forthcoming rematch, but have teased the possible hosting site and network.

The World Boxing Association would like to see proof of that—and have issued a hard deadline for such information to be formally presented.

A long discussed rematch between Santa Cruz and Mares will have to be wrapped up by no later than end of business day July 11, as announced Wednesday afternoon by the WBA. Should their teams fail to provide proof of such agreement in place, the title consolidation bout will be subject to a July 21 purse bid hearing that will be open to any WBA-registered promoter who wishes to attempt to secure the rights to the fight.

Both boxers are advised by Al Haymon and have been prominently featured in his Premier Boxing Champions series. The fact that one entity can control both sides, yet such a fight can run the risk of going to a purse bid has raised a few eyebrows, although speculation is that an announcement of finalized terms is forthcoming in light of said order.

Santa Cruz is recognized as the organization's "Super" featherweight champion, an honor he was granted with his win over Mares in their Aug. '15 thriller in Los Angeles, California. Mares managed to land in the title fight with a surprise points win over Jesus Cuellar last December, claiming the WBA "Regular" featherweight title in the process.

As per the organization's continued effort to consolidate its titles and reduce the number of champions they've created over the years, the pair of proud Mexican warriors were ordered to run it back. The declaration came after Santa Cruz took on three more fights—a stoppage win over Kiko Martinez for his lone successful title defense of his first reign; a narrow loss to Carl Frampton—his lone defeat to date—in their Fight of the Year-level war last July; and avenging said defeat in yet another action-packed war with Frampton this past January.

Mares has not fought since outpointing Cuellar, patiently waiting on marching orders for this fight to commence.

The WBA has now done its part to help expedite that process.