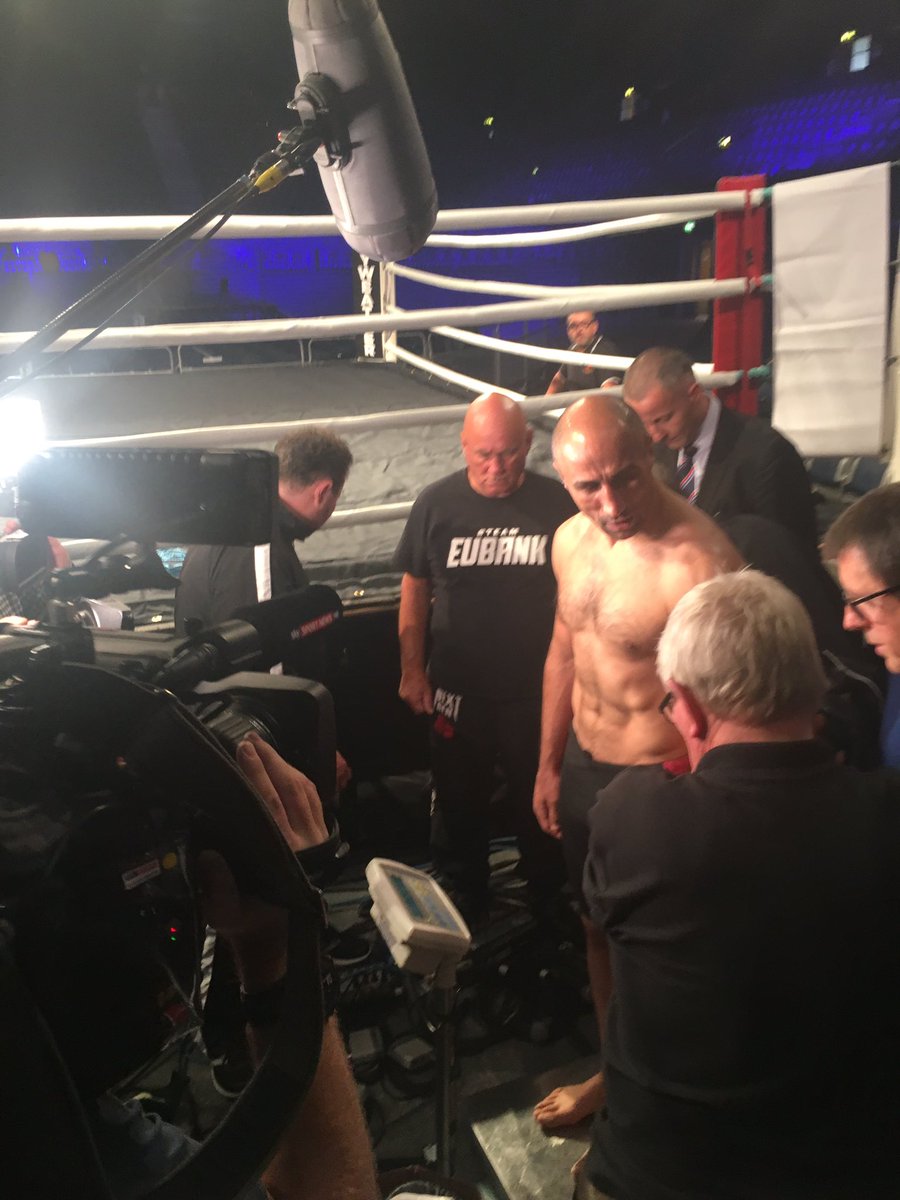 Already heading into a must-win scenario as it relates to his career, Arthur Abraham has overcome one major obstacle in ensuring he lives to fight another day—specifically, this Saturday.

Two hours after missing the super middleweight mark by nearly two pounds, the former middleweight and super middleweight titlist hit the mark on his third attempt in keeping alive his scheduled 12-round clash versus Chris Eubank Jr. The 37-year old visiting boxer from Germany actually came in under the limit, weighing 167.6 lbs. for this weekend's headliner live from Wembley Arena in London, England.

The winner of Saturday's contest will go on to compete in the highly anticipated World Boxing Super Series tournament, which is due to commence in September. Waiting in the wings is unbeaten Turkish contender Avni Yildirim, whom was selected by Eubank's father and trainer Chris Eubank Sr. during the WBSS Live Draft Gala one week ago in Monaco.