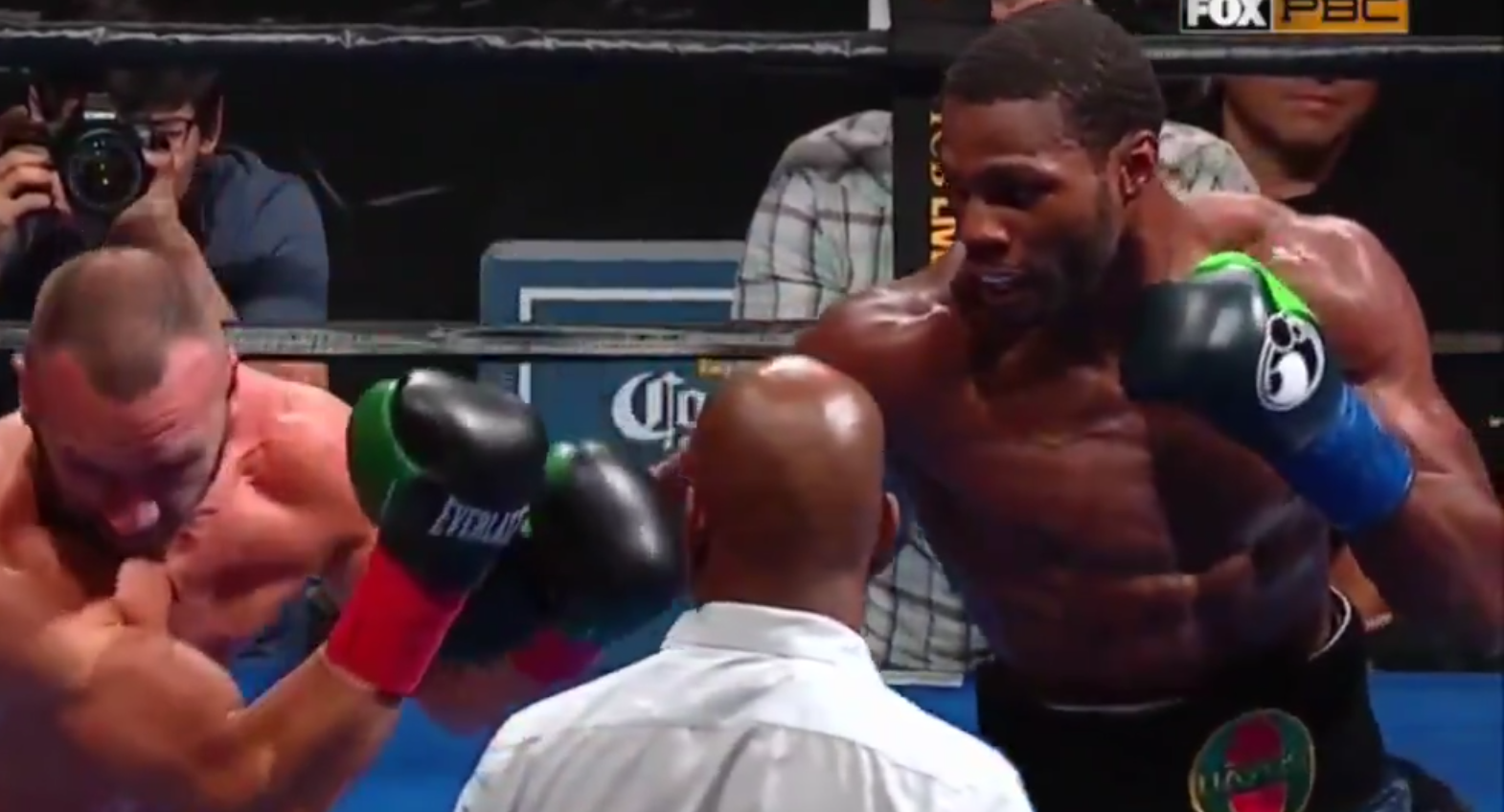 In the co-main event for Omar Figueroa Jr vs Robert Guerrero at Nassau Coliseum, Uniondale, New York, USA. Sean Monaghan a late 35 year old undefeated fighter against a Marcus Browne 2012 USA Olympian. Old sparring partners fighting for real for the first time. The Monaghan contingent was loud as he walked into the ring. A massive life changing fight for both fighters as a title shot could loom.

Sean Monaghan was dropped early in round one with a straight left. He recovered fighting back but continued to take punches. Marcus Browne landing right down the middle controlling the action. Brown worked off the jab and landing the straight left as round two began. Then Brown showed that he was too strong and too fast as he landed a barrage of punches dropping Monaghan again. Monaghan got back up and took more punishment. the ref stepped in to stop the fight.