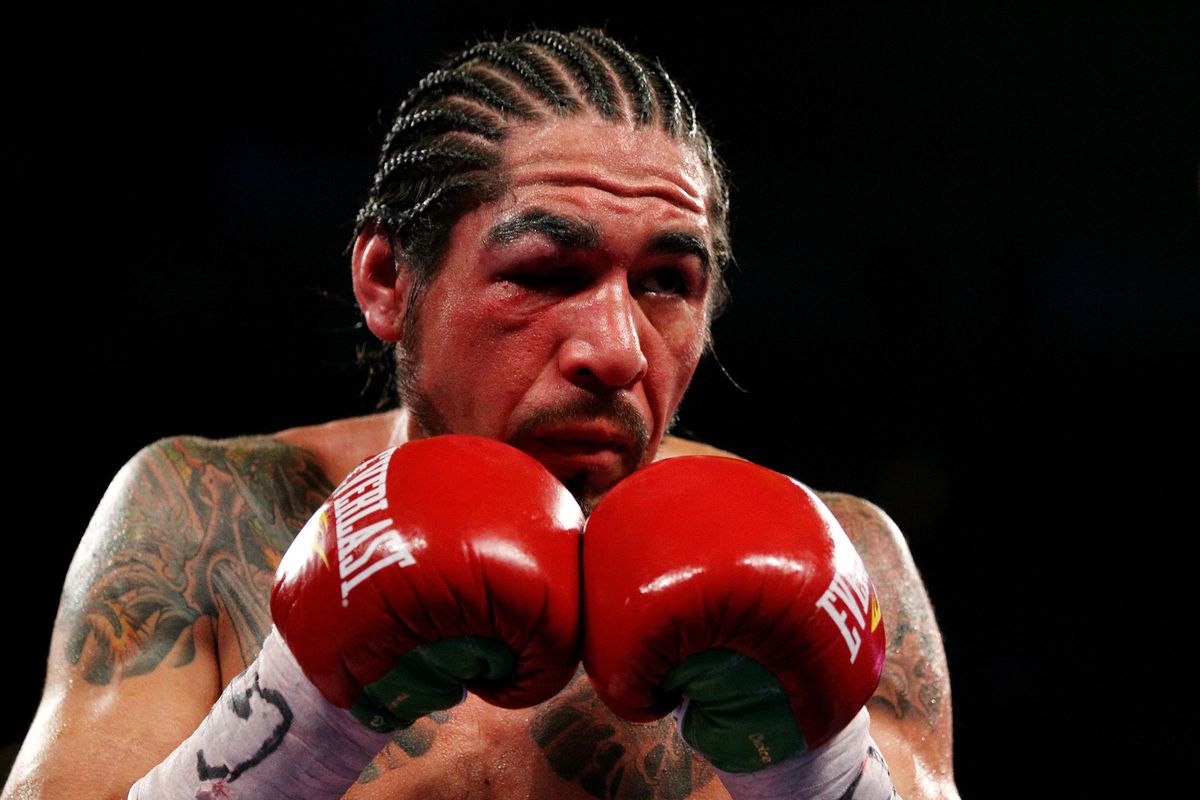 Former welterweight champion Antonio Margarito (41-8, 27 KO’s) appeared to quit on his stool and still won a unanimous decision over Carson Jones, but that wasn’t the only eye-twitching thing that happened on Saturday night at Gimnasio Manuel Bernardo Aguirre in Chihuahua, Mexico.

Margarito, 39, complained after the fight that Jones wasn’t fighting clean.

“Jones was very dirty,” Margarito said via FightNews.com. “The whole fight he gave me head butts and from the second round the cut constantly affected me. I was telling the referee to watch for his head butts, but in the end, justice was done. I will continue in my goal to seek a [third] fight with Miguel Cotto.”

Although Jones was deducted a point for an accidental head-butt in the fifth round, this is the same Margarito that was busted attempting to enter the ring against Shane Mosley in 2009 with loaded hand wraps.

The California State Athletic Commission voted unanimously to revoke Margarito and trainer Javier Capetillo’s licenses for at least one year – which should have been permanent. Furthermore, subsequent examination of photos from his 2008 welterweight title bout with Miguel Cotto revealed red stains on his hand wraps that were consistent with the stains discovered on the Mosley wraps. This has raised suspicions that Margarito’s gloves may have been loaded in previous bouts.

To say the least, Margarito isn’t exactly the ideal spokesman for clean boxing, and a third fight with Cotto seems unnecessary. However, it could be a relatively lucrative pay-per-view. A KO victory over Margarito to close the curtain would be a tremendous send off for the future Hall of Famer.