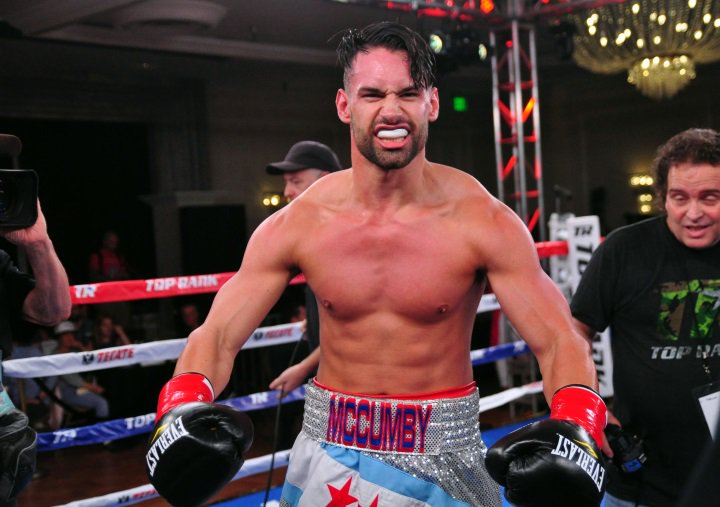 Sources with knowledge of the situation tell FightNights.com that litigation involving the failed test was the reason for the late disclosure, which was released in recent weeks. Additionally, the same source added that Top Rank publicist Lee Samuels was completely unaware that McCumby had even failed a drug test.

A urine sample provided to the Nevada State Athletic Commission revealed McCumby tested positive for testosterone and testosterone metabolites. Under the 2016 World Anti-Doping Agency Prohibited List, testosterone is banned both in and out of competition. Furthermore, McCumby received an IV infusion of more than 50 milliliters in a six-hour time frame following the weigh-in. The Commission was in the dark about the intravenous injection and did not grant an exemption to McCumby, who admitted to using prohibited substances.

The Nevada State Athletic Commission suspended McCumby for 18 months, changed his TKO win to a No Contest, and fined him over $3,750. Although he will have his suspension lifted on May 26, 2018, McCumby is reportedly considering retirement instead per sources.