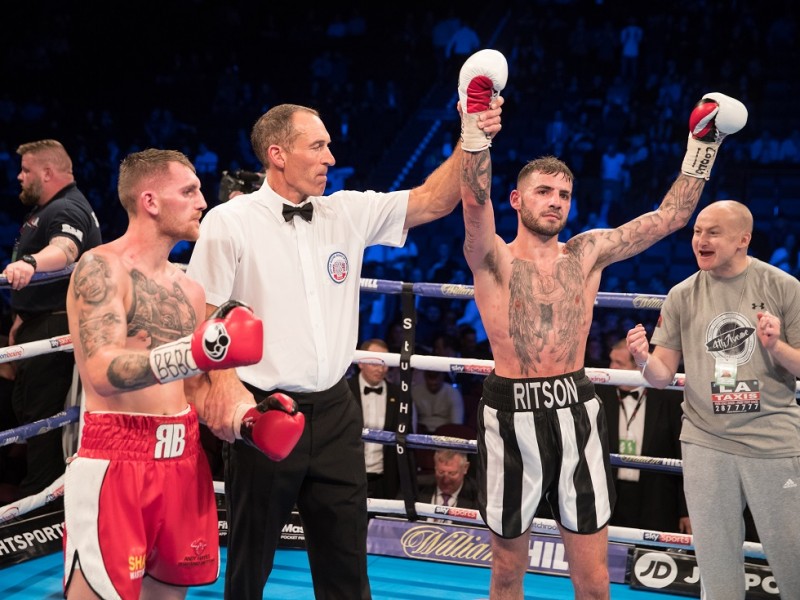 Lewis Ritson has signed a promotional deal with Matchroom Boxing. Known as the ‘Sandman’ he recently improved his record to 13-0 with his seventh win inside the distance, and the 24 year old is excited to be getting the chance to team up with new promoter Eddie Hearn and showcase his talents on Sky Sports.

Lewis is coming off a BIG win against Robbie Barrett by a TKO in the seventh round. Barrett down once in the 2nd round twice in the sixth and once in the 7th before his corner threw in the towel. Lewis Ritson started his career in 2015 winning against Kristian Laight. Fighting seven times in 2015 and fives times in 2016.

I’m so excited to be signing with Eddie and Matchroom,” said Ritson. “It’s happened so quickly. I got the win on Saturday, spoke to my manager then we agreed and have signed the contract straight away. It’s been a ride the last couple of days but I’ve enjoyed it.

“My Dad’s trained me since I was eight years old through the amateurs, then when I turned pro he didn’t have his license so I went back up to Scotland for a bit and have since come back down. It was one thing we always have spoken about winning, “Imagine what it would feel like to win the British!” and now we have done it."