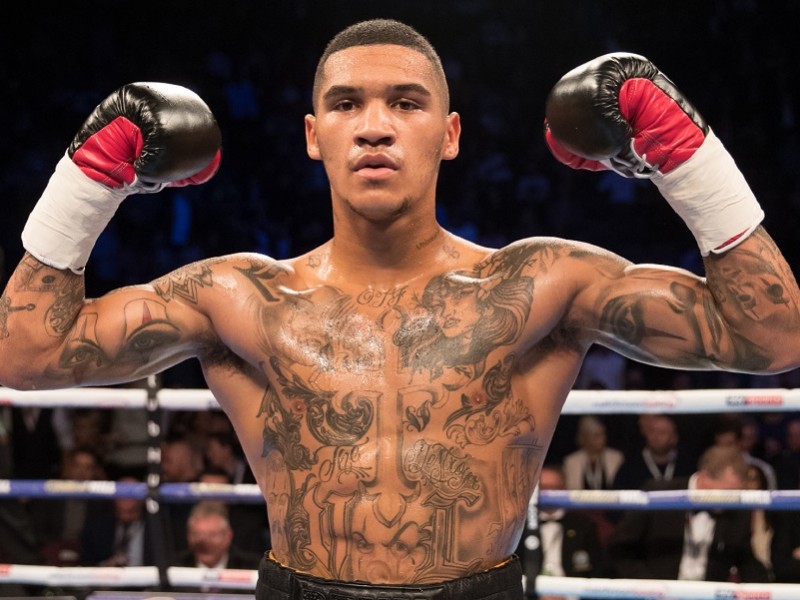 Conor Benn is set to fight on the Daniel Jacobs vs Luis Arias undercard on Saturday November 11th @ Nassau Coliseum, Uniondale, New York, USA. The event will air live on HBO boxing. The event is being promoted by Dmitriy Salita (Salita Promotions) and Eddie Hearn (Matchroom Boxing). Conor Benn says he’s honoured to be the first UK fighter to box on a Matchroom Boxing USA bill.

Conor Benn started his career in 2016 taking on Ivaylo Boyanov, winning by a TKO in round one. In this last fight he knocked out Nathan Clarke also in the first round. He sports a 78% knockout ratio. Benn is looking to move up in the welterweight division over the next couple of years to take on the BIG names.

The ‘Destroyer’ heads to the Big Apple to move into double figures in the paid ranks, and having turned 21 just a fortnight ago, the son of British boxing legend Nigel feels he’s progressing every day and believes his US debut is an important mark on his development.

“New York here I come!” said Benn. “I’m honoured to be the first Matchroom UK fighter to box on a show out there, it’s a real blessing – it’s a massive chance for me to make a big impact in front of a new audience and it’s one that I am going to take.