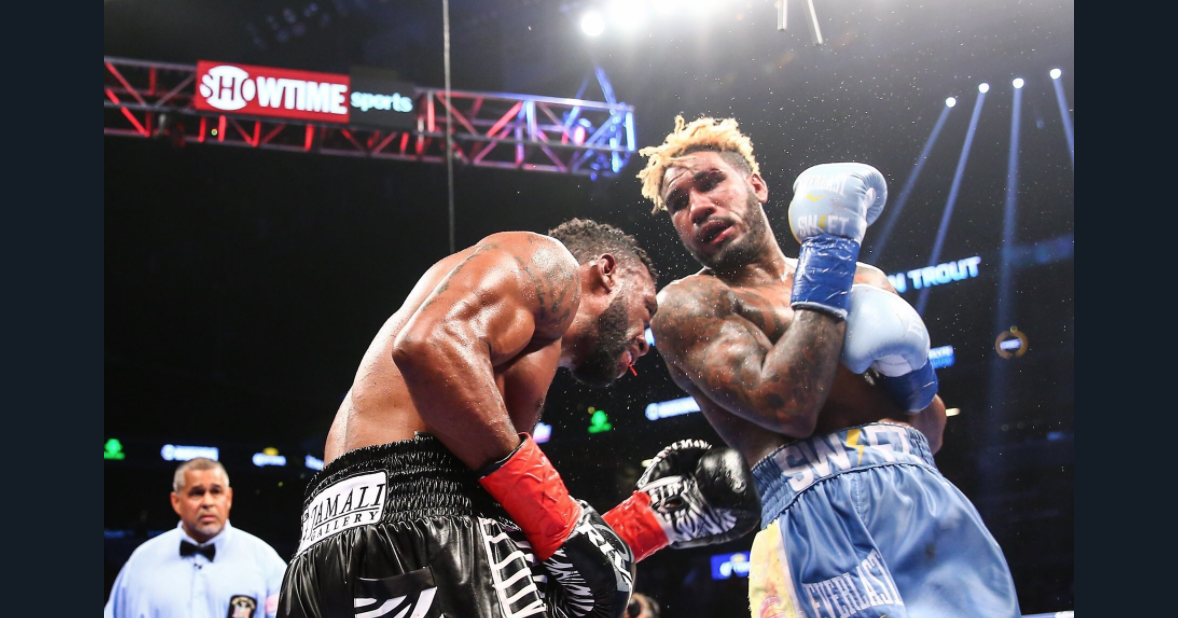 Austin Trout & Jarrett Hurd started out in classic fashion with both fighters testing the waters. In round one each fighter had their moments landing punches. Hurd pressing the action as Trout set back looking for the counter. Heading into the 2nd round Hurd landed to the body well. They Trout starting landing hard uppercuts hurting Hurd a few times. Trout punching with combinations with a lot of success at the end taking the round. Hurd started round three trying to making things happen. He came out strong throwing a lot of punches. Trout kept the rang countering with the jab and right hand.

Trout’s angles and Hurd’s flat feet made a a perfect combination for Trout to land a lead overhand left over and over again.

Round six was awesome as both fighters exchanged lots of punches. But Hurd landed a BIG punch stunning Trout. Then Trout turned things around fighting back and landing his own BIG shots.

Two solid rights by Hurd to open the 8th that really hurt Trout. With in the last minute Hurd landed another punch that hurt Trout but he hung in there fighting back on his heels.

Ending the 8th round the fight was dead even. Both fighters looked tired and trying to make the difference in the last rounds.

Trout fading a bit heading into the 10th round and swelling showing up around his eyes, Hurd stalking, the fight was changing.

It looked liked Austin Trout was out on his feet he could barley stay on his feet when the bell rang. As the corner was working on Trout the Doctor stepped in and stopped the fight.