What Does The Future Hold For Matt Davoren? 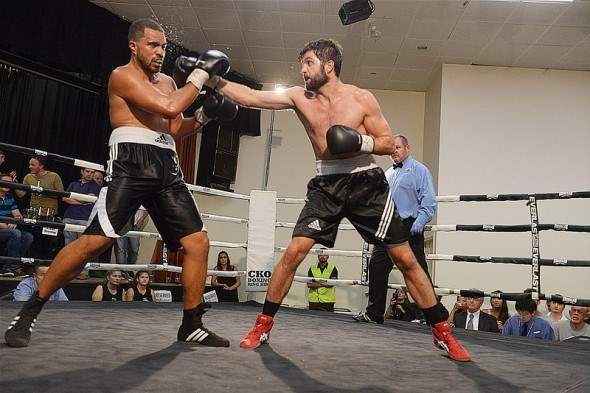 Many people will probably not have heard of Matt Davoren or know what he’s about. His rise in one of the most popular sports around, boxing, has been a very interesting one to say the least, especially due to how it all came about. Like most men, Davoren’s first love and main interest was football but after a trip Down Under some six years ago, everything took a dramatic turn, in a positive way.

29 year old Davoren had actually headed to Australia do partake in the usual sightseeing and sunbathing but he was planning to keep fit while he was out there and he did this through boxing. It was over the course of the time he spent in the boxing gym that trainer Michael Isgro spotted something special in him. As you’d expect, Davoren took part in a few sparring sessions and after surpassing expectations he was invited to take part in a few of the amateur events that were going to take place.

The amateur bouts were where people really started to notice how naturally gifted the Wembley born cruiserweight was. He was dispatching fighters who were ring veterans and he simply had no right to. These opponents had been in the ring over 30 times but they were no match for the emerging Davoren. Due to him not being an Australian citizen, the progress he could make in the amateur ranks was limited so he decided to turn pro to pursue his dreams.

So far he has managed to climb the cruiserweight rankings and is currently just outside the top 10. It only took him 4 fights to claim his first title, the WBF Australasian title to be exact. It’s not a bad record to say that he hit the boxing scene late, had a limited amateur career and has only been a professional fighter since March 2016. His opponent in the title winning fight was taking part in his 42nd bout, it was only Davoren’s 4th. His potential is evident, and even at 29, he will definitely be the sports betting favourite in any match. However, the question is whether Australia is the place to realise his dreams or should he head back to the United Kingdom in an attempt to really make a name for himself?

Well, according to a Unibet spokesman, both Australia and Britain have great cruiserweights, especially those at the top of the tree but while Britain has real strength in depth when it comes to talent, Australia is seemingly lacking. Apart from the top cruiserweights, there is a distinct lack in quality and there doesn’t seem to be many coming through either. Davoren would be much better served heading home to compete professionally. That way he would be able to test himself against a better standard of boxer no matter where he was in the rankings.

Right now the United Kingdom is a real force in boxing, across numerous divisions. It’s certainly going to be a very appealing proposition for Davoren to return home next year, especially as it would greatly improve his profile and he’d also more than likely find better opportunities available to him. It would be great to see him on the British circuit as he has such an interesting story behind his rise to success.