Floyd Mayweather vs. Conor McGregor in the Octagon, Is it Possible? 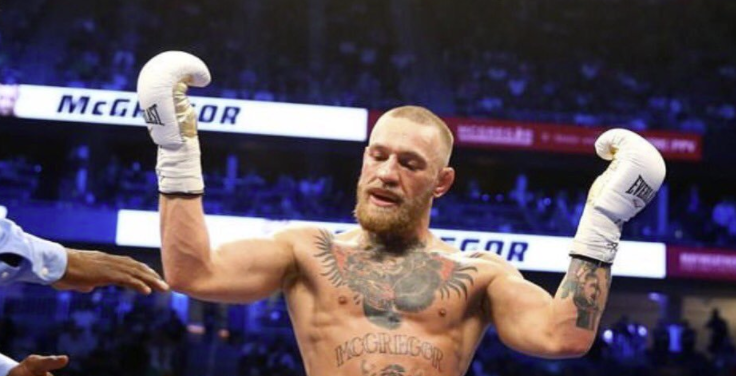 We have seen how the infamous fight between two of the biggest names in boxing and MMA turned out. It was when two worlds collided, which ultimately proved that it was more of a controversial fight, rather than being called as the fight of the century.

But the outcome was expected as Floyd Jr. finished off the Notorious in the 10th round. Needless to say, that was a given knowing it was the Irishman’s professional boxing debut. But what if it wasn’t the end? What if it’s really the start of a brewing tension between the two sports? What if there was a rematch?

Well, that’s what Conor is exactly screaming from the top of his lungs. Will it happen? The chance is still slim. But with Conor’s latest thoughts about the issue, it might be that he’s up for a big revenge.

As of now, McGregor is far from the hustle and bustle of the fight industry, as he’s busy venturing into his startup Irish whiskey business. He’s also been spending time off on his yacht in the sunny coast of Ibiza.

But as relaxed as he might seem, he's still looking forward to a rematch with the supposed boxing legend. And that's just what he implied in his interview during the Glasgow event he attended. The 29-year-old MMA fighter is pretty confident that he’ll annihilate Floyd if the rematch is to be held inside the octagon. During the event, McGregor wanted to be in a cage fight with Mayweather. He argues that Floyd himself agreed that they're going to have a rematch in MMA rules once their fight was through.

The Irish fighter then calls his former sparring partner, Pali Malignaggi, a “rat of a thing.” Take note that the two had been in a heated argument after McGregor posted a photo of Malignaggi to have been knocked down on the floor by him.

After his provocations, McGregor talked about his possible opponents for his UFC comeback. The special mentions were Nate Diaz and Tony Ferguson. It also seems like the UFC superstar hasn't moved on from his Aug. 26 loss, as he calls again Floyd Jr. a "little mother*****."

He implies that the 40-year-old boxer is playing safe because he immediately retired after getting his clean 50-win record. Now, McGregor feels confident that he’ll win over Mayweather if ever there’s a rematch. How will he do it is up to him. But he also said that he’ll change his approach in the fight. McGregor also says that he’s learned a lot of lessons, making him fully prepared for the second time around.

So what now? Knowing that Conor is stilled fired up about getting his vengeance against Floyd, it's pretty likely that it'll result in a rematch. And if ever that happens, there's no doubt that it's going to be another high-caliber and overly hyped up event.

Finding free bets before their Aug. 26 fight wasn’t difficult because it was a lopsided matchup where McGregor was the big underdog. The Irishman got +265 odds to win while Mayweather played safe with -350 odds. The odds of a victory by KO or TKO were still in favor of the American with -125 odds, contrary to the Notorious' +300.

Even their decision odds tilted to Mayweather who had +250. Conor, on the other hand, got a very meek +1200. However, things had a sudden change when it comes to the first round victory as McGregor had the upper hand with +1400 odds contrary to Mayweather’s +1600 odds.

What does this bring us? The answer to that is simple. If ever a rematch pushes through, the odds are going to be very similar to these, but McGregor will be the favorite. Turn the odds the other way around and you’ll see how the betting game works when they meet for the second time, but this time, in the octagon.