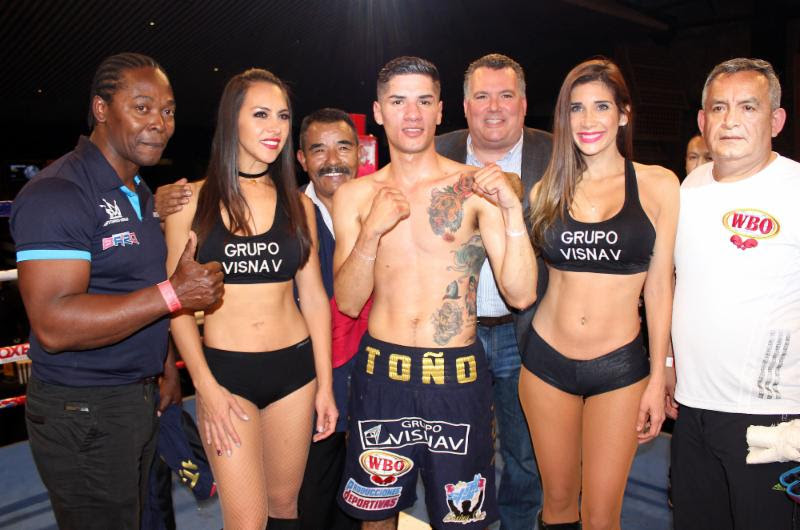 With all three of his fights in 2017 ending inside the distance, it's only fitting that Antonio "Toño" Moran ends the year with a knockout.

The beanpole lightweight—standing a massive 6'1"—has officially signed on with Felix "Tutico" Zabala Jr's All-Star Boxing, the Miami-based company announced late Thursday evening. All three of Moran's wins in 2017 were promoted by Zabala, having aired live on his long-running "Boxeo Telemundo" series. Given their working relationship, it made perfect sense to take the next step.

"Signing a young talent like Toño was a no-brainer," Zabala told FightNights.com. "He always makes for exciting fight and this year showed that a loss on your record is only what you personally make of it. The crowds in Mexico are immediately drawn to his fighting style, and he rewarded the fans with three explosive knockout performances in 2017.

"For all that he's provided the fans, we felt it necessary to do the right thing and officially make him family."

Moran—who was 90-10 as an amateur in Mexico before turning pro in 2012—bounced back from a split decision loss to Emanuel Lopez last December with three stoppage victories which amassed a grand total of nine combined rounds worth of ring time on the year. His first came in the March 3 edition of "Boxeo Telemundo", needing just 92 seconds to dispose of Richard Zamora.

A 6th round stoppage of countryman Guadalupe Rosales in July was followed up by a 2nd round knockout of Salvador Briseno in the Mexico fall finale of Boxeo Telemundo, a series on which he has now appeared five times.

Given his recent signing, the rising contender figures to appear far more often in the future while on the hunt for a world title.

"I am very happy with the way Tutico Zabala has taken my career to this point," stated Moran (23-2, 16KOs), who is already a leading candidate to fight for the WBO lightweight title in 2018. "Fighting in my hometown of Mexico City has been great for me but now i am ready to conquer the U.S. and live my childhood dream of becoming world champion."

All-Star Boxing plans to bring Moran back to the ring during the first quarter of 2018, whether for a world title or as a headlining act during its 2018 spring season of Boxeo Telemundo.