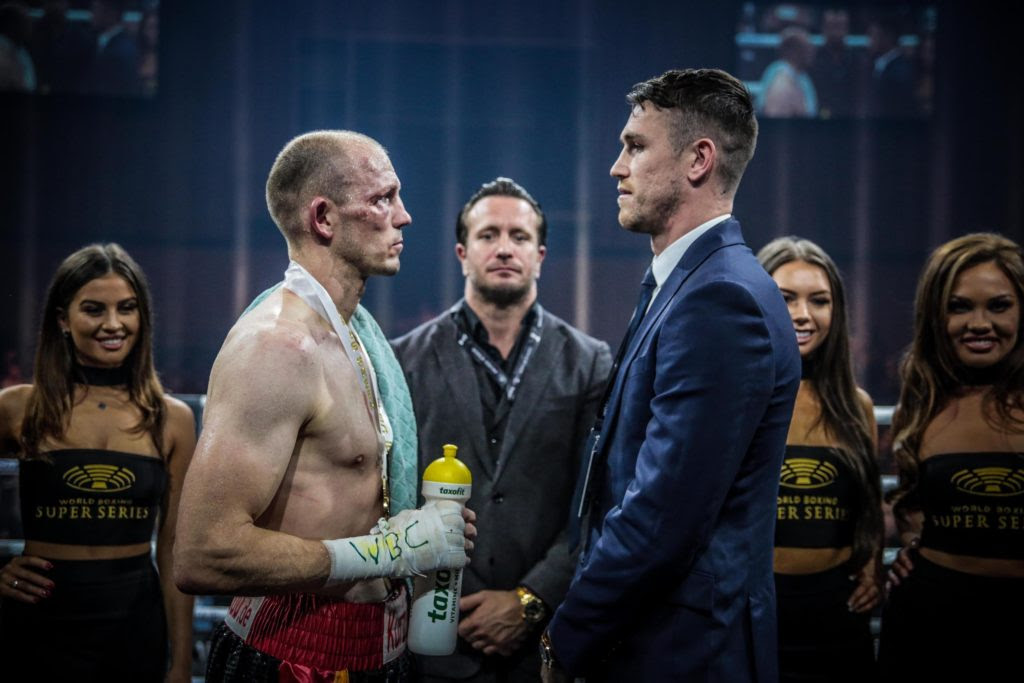 Sometimes, the fight you want just has to trump when and where it takes place.

Callum Smith would have loved for his World Boxing Super Series semifinals clash with Jurgen Braehmer to land anywhere other than in the home countrym of his opponent. For the sake of keeping the line moving, the unbeaten super middleweight has agreed to travel to hostile territory, as their bout will take place February 24 in Nuremberg, Germany.

“We are very much looking forward to bring the Ali Trophy experience to Nuremberg on February 24,” said Kalle Sauerland, Comosa’s Chief Boxing Officer and Braehmer's longtime promoter. “Smith vs. Braehmer - England vs. Germany - it’s a classic anyway, but this one pits youth vs. experience. Smith is eager to show the world he is the best while Braehmer is entering the last chance saloon."

Both boxers advanced to the semifinals following decision victories in their respective hometowns. Smith (23-0, 17KOs) survived all that Erik Skoglund had to offer in taking a 12-round points win last September in front of his adoring fans in Liverpool, England.

The 27-year old Brit is the youngest of four boxing brothers, all of whom had fought at the championship level. Liam Smith managed to win a 154-pound title, while oldest brothers Paul (super middleweight) and Stephen (super featherweight) came up short in their multiple attempts. The unbeaten super middleweight jeopardized his own guaranteed shot at a title to enter this tournament, which now leads to a reluctant but ultimately embraced trip to Germany where a win will land him in the finals in May.

“I believe I will beat Jurgen Braehmer anywhere in the world and it is a nice away trip for my fans,” said Smith, who has fought exclusively in the United Kingdom since turning pro in 2012.

The trip is his first to Germany, coming despite his request for a neutral site for the semifinals clash. With that request denied, he instead moves forward confident that what he brings to a ring—no matter its location—will be enough to prevail.

“I am the better man, the younger, fresher man, and I believe I will do what needs to be done to get to the final," insists Smith.

Naturally, Braehmer has other ideas.

The former light heavyweight titlist took a big risk in dropping down in weight to compete in the super middleweight portion of the groundbreaking tournament. He drew arguably the toughest pairing among the seeded combatants in the opening round, turning a tough styles matchup into a clean win over American contender Rob Brant last October in his hometown of Schwerin, Germany.

His arm raised in victory was a feeling the German southpaw had last experienced in March '16, when he made the sixth defense of his light heavyweight title with a win over Eduard Gutknecht. The reign came to an end in an Oct. '16 points loss to Nathan Cleverly, after which point he took some time off from the ring to rest and reload before resurfacing as a serviceable super middleweight.

“I am looking forward to the fight,” said 39-year-old Juergen Braehmer, the oldest remaining boxer in the tournament and 12 years Smith's senior. “Callum is a good fighter, but I feel confident that I will win this fight.

"I am in this tournament because I strongly believe I have the ability to win it. Next step towards my goal is a victory in Nuremberg.”

The winner of the bout will not only advance to the finals in May, but will also have the luxury of knowing their next opponent and also fighting for a major title. The bout comes one week after the all-Brit grudge match between defending super middleweight beltholder George Groves and second-generation boxer Chris Eubank Jr., with Smith-Braehmer serving as the very last semfinals match as both bouts follow the two remaining clashes on the cruiserweight side.

"The outcome is unpredictable," insists Sauerland. "It’s going to be a thrilling night in Germany and a fitting event for the last of our semi-final fixtures."