Dale Evans Retires After ‘Losing’ Will to Fight 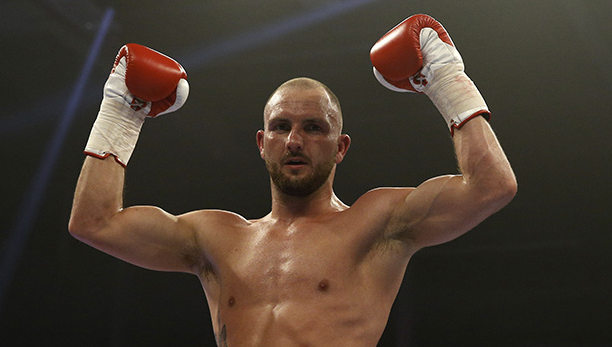 Retirement; it is the one fate that unites all boxers. In that respect, the year of 2018 is set to be a highly transitional one in the noble sport. As sure as night follows day, some big names are set to become conspicuous in their absence from the rankings. For some, the cessation of action will be a smooth process, with an array of endorsements, celebrity gatherings and punditry gigs.

Meanwhile, for others, retirement will be a final bow that goes barely noticed.

With a premature and relatively quiet retirement comes a look back at what could have been, before extenuating circumstances ultimately took their toll. Dale Evans, a once-proud fighter from St Clears, falls into that category, having confirmed his retirement in February 2018. In September 2016, Evans’ name became etched onto the litany of surviving boxers involved in a sanctioned, yet fatal, bout. That fateful Glasgow clash, after which Evans’ opponent Mike Towell died of a brain bleed, has clearly been a catalyst to the decline of Evans. He fought just twice more since that tragic night, and where Evans goes from here is unclear.

Evans has stated in no uncertain terms that he has lost the will to fight. The battle to make peace with himself, merely for playing his part in a sport which has always carried a slight – yet significant – degree of risk, has still only just begun

Evans is not the first man to leave the sport, or find his career derailed, after becoming involved in a fatal or near-fatal bout. Nor, sadly, will he be the last, but those that survive serious injuries are often overlooked. The retirement of Nick Blackwell in 2016, after his TKO defeat to Chris Eubank Jr, is testament to just how much can change in one night. Today, Chris Eubank Jr enjoys status as a well-connected title contender, with such championship bouts, as noted, drawing the biggest gates and pay-per-view revenue, but he could quite easily have psychologically gone the same way as Evans. Being such a physically challenging sport, it can only be somewhat predicted by strategies that focus on comparing boxing styles and results from previous matches. It can still however be entirely unpredictable, an element which definitely adds to the exhilaration of the game. Eubank Jr is a clear-cut case of one such scenario. Had his father not instructed him to focus on torso shots in the latter stages of his fight with Blackwell in March 2016, we could have had another Evans on our hands.

Though the fight was stopped before Blackwell could sustain much more damage, he was put into an induced coma. Unlike fellow Brits Mike Towell, James Murray and Bradley Stone, Blackwell survived his injuries, but announced his retirement from the sport shortly after his recovery. Though no longer fighting, Blackwell has since been able to get his trainers’ licence, and looks to have a reasonably secure future. It is a future, certainly, that compares favourably to many other fighters that have been forced to retire prematurely.

Amir Khan: How many more?

One man who will spend much of this year as the subject of retirement speculation is British fighter Amir Khan. He is due to fight Phil Lo Greco in Liverpool, UK on April 21, after a frustrating period of relative inactivity, which has seen the Mancunian fight just four times in the last 1,818 days. Khan’s recent partnership with Eddie Hearn’s Matchroom Boxing has breathed new life into his career, and there is already a very heated backdrop to the next chapter of his career, with Khan and Le Greco nearly coming to blows at a press conference.

Though a victory over Lo Greco could give Amir Khan’s career something of an ‘Indian summer’, it would do little to restore the stature he lost in his May 2016 defeat to Canelo Alvarez. Phil Lo Greco’s last six fights have seen him alternate losses with wins, marking him as an outsider commanding odds that are currently as long as +1000. This erratic form has been caused by flawed techniques against elite fighters. Khan’s speed will also be hugely detrimental to Lo Greco on the night.

Regardless of the gulf in class and winning pedigree, Khan will still need to make sure that he is switched on for the whole fight, if he wants to enter the final stages of his career in good form – and, possibly, end it with honor.