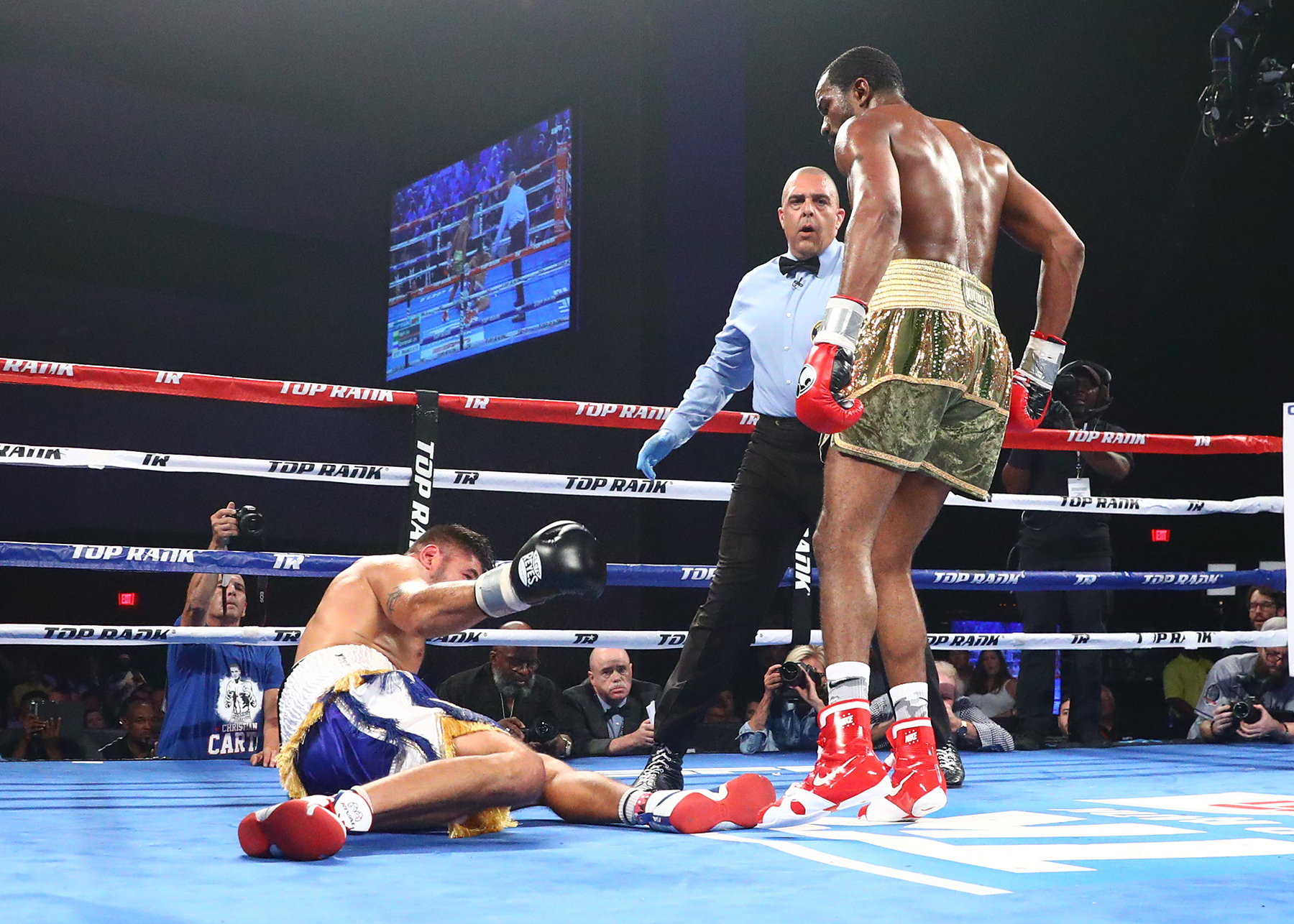 Jesse Hart remains hot in pursuit of a title fight rematch with Gilberto 'Zurdo' Ramirez, determined to destroy anything that stands in his way of attempting to avenge the lone loss of his career.

The latest obstacle barely made him break stride.

A pair of knockdowns provided Hart with a 3rd knockout of Mike Gavronski in their ESPN-televised super middleweight scrap Saturday evening at Ocean Resort Casino in Atlantic City, New Jersey.

The maiden boxing show at the state-of-the-art venue provided the perfect backdrop for the 29-year old Hart, fighting barely an hour from his boxing-rich Philadelphia hometown. That said, where he fights is less important than the message he sends the moment he steps into the ring—a mindset he's always carried, even in suffering a heartbreaking points loss to Ramirez in their super middleweight title fight last September in Tucson, Arizona.

Three straight wins have followed, all by knockout but coming in a variety of ways. Following a quick hit of Thomas Awimbono in February and a more grueling 7th round stoppage of Demond Nicholson in his most recent outing this past April in Philly, Hart was determined this time around to control the real estate from the opening bell.

It was mission accomplished, as Gavronski barely enjoyed a moment of success in a rare trek away from his home base of Tacoma, Washington. In fact, it was perhaps the longest seven minutes of the 32-year old's boxing career, as he was buzzed in the opening round and spent far more time forced to hold and fight in defensive mode than in being able to put together any sort of offensive attack.

Hart sensed one-way traffic and did what any quality puncher would do in such a situation—close the show. With his fighting father Eugene 'Cyclone' Hart—a ferocious knockout artist and a notable figure in the famed 1970's Philadelphia middleweight circuit—seated ringside, the second-generation boxer dialed up the pressure in three, flooring Gavronski with a right hand temple shot.

Nobody would've blamed the visiting challenger had he remained on the deck and opted to take a count. Instead, Gavronski (24-3-1, 15KOs) did his best to continue on—which perfectly played into Hart's fight plan at that particular moment.

Sensing blood in the waters, Hart went into shark attack mode in looking to deliver a knockout ending for the adoring partisan crowd on hand. It came in the form of a left hook/right hand combination, from which Gavronski went down and again rose to his feet only to have the referee inform him that his night was through.

The official time was 0:52 of round three.

Hart improves to 25-1 (21KOs), an impressive mark to the naked eye but that "1" in his record very much the driving force behind his future plans.

"{Ramirez is} who I want. Give me a chance to redeem myself," insisted Hart in discussing next steps. "He’s talking about going up to 175. Why? I’m right here! Come on, man. Stop with the excuses. I’m right here in front of you.”