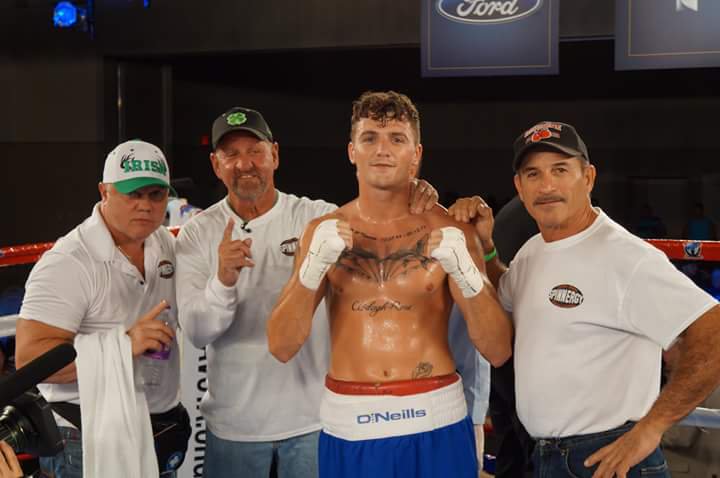 Connor Coyle has never backed away from a challenge at any point in his life. Unfortunately, his own back has forced him to put the brakes on his next scheduled ring adventure.

An inflammatory infection to his lower back region was the official diagnosis for the 28-year old middleweight, who has been scratched from the headlining act versus Martez Jackson on October 6 at the Coliseum in St. Petersburg. The injury—stemming from a history of back issues that Coyle has previously been able to fight through—has also resulted in a forced six-week break from training camp.

“I’d like to sincerely apologize to my fans for being unable to compete,” said Coyle (8-0, 3KOs), who is coming off of a 6th round knockout of Danny Pastrana in front of a standing-room only crowd at this very venue this past June. “This is a bump in the road and I’ll be back more motivated to focus on another fight soon.”

The blow comes at a time when Coyle—a transplant from Derry, Northern Ireland whose grandfather and great uncle were also pro boxers—had just established himself as a bonafide draw in the Tampa/St. Pete area. The unbeaten middleweight relocated to Central Florida, which has housed all but two of his pro starts, including each of his last five ring appearances.

It was his knockout win over Pastrana that offered a significant peak into his overall appeal. A sold-out crowd was on hand at The Coliseum, where he was due to appear for the third consecutive time before falling prey to injury.

While his team scrambles to fill the void in the main event slot, also at the forefront are sincerest wishes for a speedy recovery and a ring return when he is at full capacity.

“I feel terrible about this entire situation because Connor is like a son to me,” said Jody Caliguire, whose Fire Fist Boxing Promotions guides Coyle's career. “This is extremely unfortunate and Connor needs to get the proper rest to ensure his body is ready whenever he decides he’s healthy enough to return to training.”