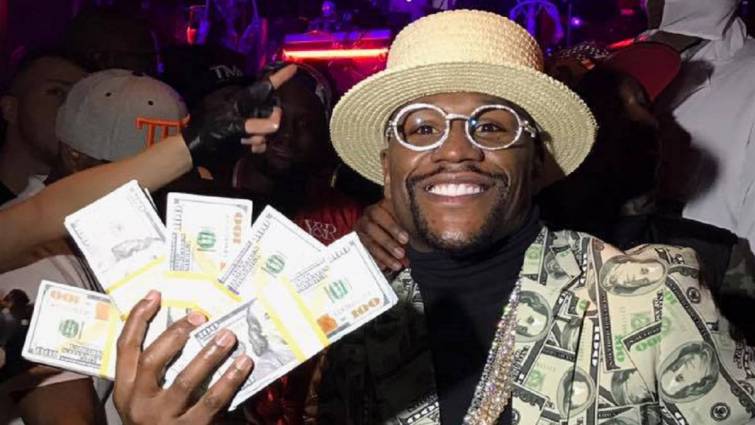 Bluffing, misdirection and playing to your opponent’s strengths and weaknesses: there are quite a few similarities between poker and fighting. But even with these things in common, few pro-fighters have made the leap from the ring to the casino floor on a professional level. One fighter who is intent on making that leap, though, is a certain Mr. David Haye.

He’s the former world heavyweight WBA and WBO champion, and one of the only fighters to unify the cruiserweight world titles, and now he has his sights set on becoming a poker pro.

Recently, David Haye announced that he is set to play in the Goliath tournament in 2019, a tournament that so happens to be the world’s largest poker competition outside of Las Vegas.

Interestingly, at a recent press conference for the event in Coventry in the U.K., Haye admitted that he doesn’t understand the game completely and that he will have to learn the rules before competing professionally. It’s an admission that is sure to irk pro poker players who spend a great deal of time honing their skills to be the best. However, if Haye were to master some poker strategies, he could surprise us all and become a solid player.

Haye moving into the world of poker got us thinking about other fighters who may make great poker players. Who are the guys who have the right attributes and characteristics to make as big an impact on the felt of the poker table as they have done on the canvas? After a little research, here are the fighters on our list.

NEXTGEN: the man who tries so hard to step out of the shadow of his father and is doing so rather well. With his measured responses in interviews and his impressive work rate in the ring, Eubank Jr. gives the impression of a patient man who is ready to wait for the right time to strike. Such are impressive attributes that any seasoned poker pro will tell you are essential for success on the felt.

When it comes to the poker face, however, Eubanks Jr. has what you might call an angry resting face. Now, you’d assume that this would hinder his success at poker, but in truth, it would probably help. Having that much apparent pent-up aggression on display would no doubt unhinge his opponents at the table. Would he make a good pro? Judging by the effort he has put into his craft, it would be foolish to think he gives anything less than 100 percent to win.

Known as “Money,” the man indeed has enough cash to bankroll a career on the felt, but his incredible bank account isn’t what would make Mayweather a great poker player. In his pro days, Mayweather had a boxing style that was all about waiting for his opponents to tire out and then picking them off. He was the ultimate professional, and his undefeated record of 50-0 would make him a worthy adversary no matter what sport he decided to take up.

As many poker players will attest, the ability to fold when you know things aren’t going your way is key on the path to poker success. And Mayweather is a man who takes no risks. While he faced many boxers of similar ability in his career, he always knew when to hold back for fear of exposing himself. This ability was most apparent in his victory over Manny Pacquiao when the entire world knew that Pacquiao had the better of him. But like a poker player who knows when to play their hand, Mayweather weathered the storm and won with a lesser hand.

There’s talk of him fighting Nurmagomedov, but that all depends on what happens in his fight with Japanese kickboxer Tenshin Nasukawa this New Year’s Eve. The fight is on, but no rules, weight class or fighting styles are yet announced. Lose this fight though, and Mayweather will be unlikely to face off any UFC opponent in the octagon. Perhaps the pro poker circuit beckons after all.

Yes, it’s a given at this point that any list featuring Mayweather will include the enigmatic Irishman that is Conor McGregor, but he rightfully so deserves a place on this list. The “Notorious” has self-confidence in spades, and it’s hard to imagine that he would bat an eyelid at the prospect of losing at the poker table. And while some might suggest that this self-confidence may not be ideal for the felt, it is.

McGregor’s attitude toward his fights may come across as bold and brash, but this is a man who is a master of mind games. He consistently tries to interfere with his opponent’s preparations with his barbed insults and put-downs. However, rather than painting him as a loose cannon, this underlines his understanding of the fragile nature of the human mind. He plays on emotions, and this would make him a rather hard opponent to play against at the casino. His opponents would never know when he is bluffing, and his tendency to talk nonstop would drive the most patient and ice cold of players to distraction. He may not win the World Series of Poker, but we wouldn’t be surprised to see him enter at some point.

There are many other fighters who we’re sure would make great poker players (and many others who wouldn’t), but based on their skills and personalities, these guys would be the most successful. It will be fascinating to see how David Haye fares in his first foray into the world of poker and whether he lives up to the high standards he set for himself. If he’s half as successful at the table as he was in the ring, he’ll be as good as many of the pros currently on the poker circuit. And who knows, his high-profile appearance at the Goliath tournament could be the start of something big.