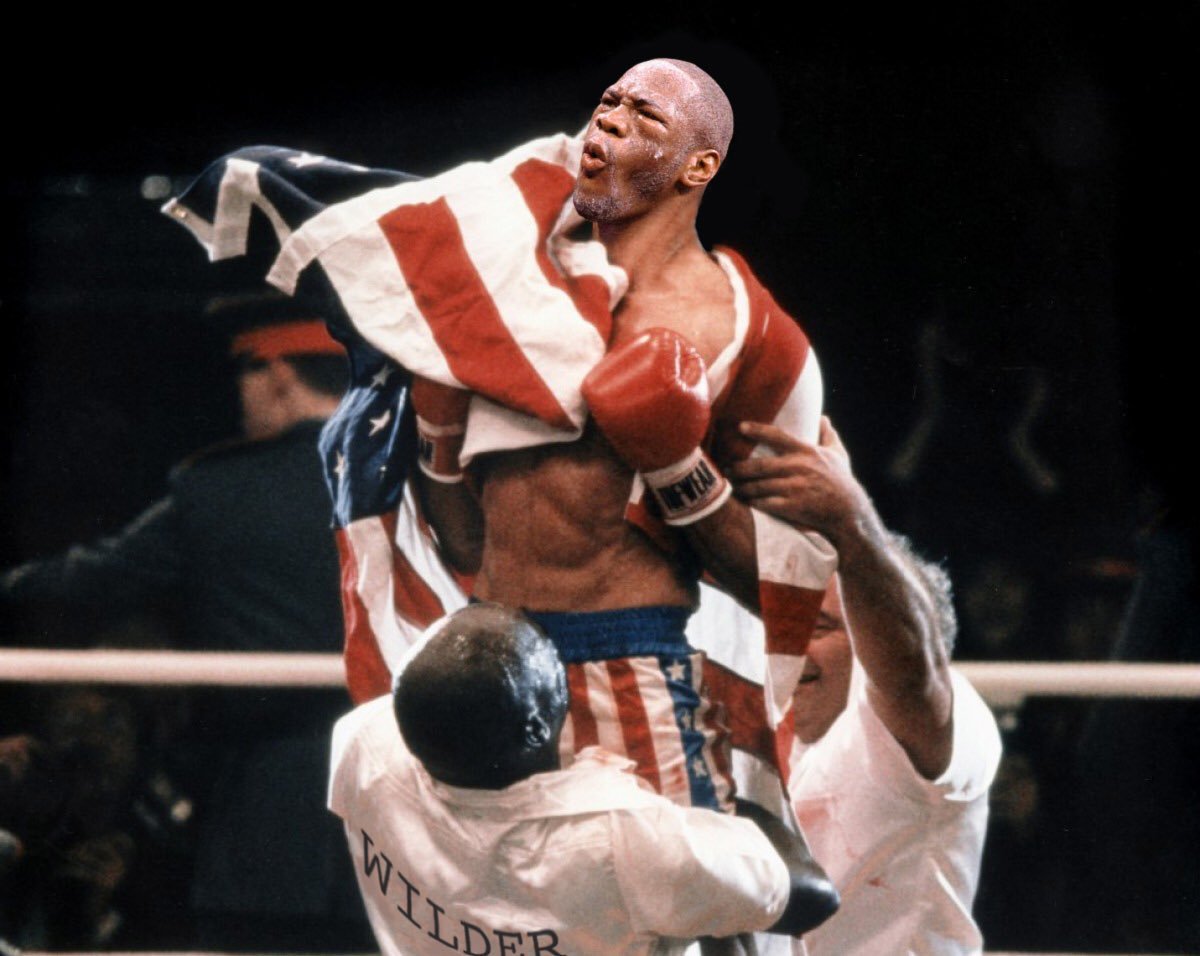 Sylvester Stallone said Wednesday he would be open to giving WBC heavyweight champion Deontay Wilder the chance to play the son of Clubber Lang if Creed III is made.

Mr. T, also known as Laurence Tureaud, played Lang in the third film, which was released over three decades ago. The movie made over $270 million in the box office.

Wilder also told TMZ he would be open to playing the part.

But the big question is, what would Wilder's name be in the movie?

Too cheesy? Well, the Rocky series got pretty cheesy starting with the third, so why not?