The politics and pitfalls of becoming undisputed heavyweight champion 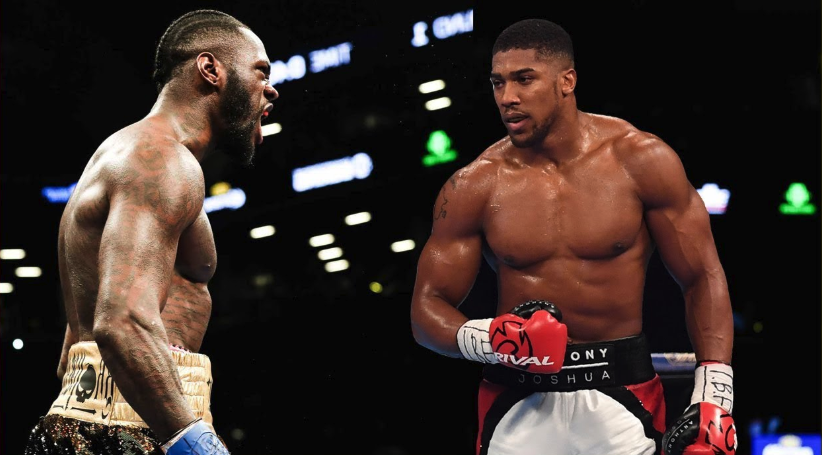 The Heavyweight division has returned. Over the past past 20 years its struggled to make commercial impact. Long gone was the era of Lennox Lewis, Mike Tyson and Evander Holyfield. Now it has new life with fighters like Anthony Joshua, Deontay Wilder and Tyson Fury. However boxing has more politics then ever before which is getting in the way of these three meeting in the ring.

The WBA, WBO and IBF champion Anthony Joshua will defends his belts against Andy Ruiz Jr at Madison Square Garden on June 1st on DAZN. No one cares about this fight just like no one cared about Deontay Wilder recent win over Dominic Breazeale. A meeting with WBC champion Wilder would provide Joshua – who is the 1/33 favourite in the boxing betting to beat Ruiz – a chance to fulfill his long-term goal of becoming the undisputed world champion.

So why is Joshua and Wilder not fight and where is the Tyson Fury rematch with Wilder? Negotiations between Eddie Hearn and Shelley Finkel – who manages Wilder – have become public and personal over the past two years, with Hearn referring derogatively to his counterpart as ‘Shirley Winkle’ on several occasions.

It’s quite common for long-held grudges between promoters who have often been in the sport for decades to jeopardise fights.

The financial benefits of staging a contest – namely a greater share of pay-per-view and ticket revenue, and the ability to secure sponsorship deals on top of that – are a clear incentive for promoters to do all they can to hold the rights.

“Often the fighter is willing but then sometimes the conflicting promoters' interests – and now the bigger problem, which is the TV broadcast deals – can result in the fight not being made.” says Rickson, who is also the editor of British Boxing News. Indeed, the broadcast boom has created another obstacle for these super-fights to overcome. There’s more money available than ever before for boxers who sign exclusive deals with broadcast companies.

In February 2019, Tyson Fury signed a five-fight, £80m American broadcasting contract with ESPN, following in the footsteps of Joshua and Wilder, who have similarly valuable deals with DAZN and Showtime, respectively.

With the big three now all tied up with separate stations, negotiations look close to unworkable.

“It's so fragmented that it's just going to be extremely difficult to bring any of those three together,” Rickson says.

“If you're ESPN and you've put £80m into a fighter, you're not going to let him have a rematch with Deontay Wilder on Showtime. “Will ESPN say they will step down to let Showtime put it on, or vice versa? No. “They both want the fight, they have both paid for the fight, they both deserve the fight. They aren't going to give up their rights to profit from it.”

Rival broadcasters have occasionally found common ground in the past.

When Floyd Mayweather fought Manny Pacquiao in 2015, for example, HBO and Showtime aired the bout as a joint production – the first collaboration between the networks since 2002. The protracted negotiations pushed that fight back five years later than when it should have taken place, though.

It’s what Rickson refers to as “the Mayweather effect”. “I think Floyd Mayweather is to blame in an indirect way,” he says. “There’s this new influx of casual boxing fans who only get up for the big fights and aren't really purists. “When a fighter gets a loss on his record he is now almost dismissed, which is absolutely nonsensical to a hardcore fan. “It’s that Mayweather effect – promoters don't want their fighters to take a loss because they could be dismissed and lose a big following, which would result in fewer tickets sold and fewer pay-per-views."

Delaying big fights brings a couple of risks into play, though. The first is mandatory challengers. Sanctioning bodies can rule that their top-ranked challengers have earned a shot at the title, forcing a champion like Joshua to defend one of his belts, rather than go fighting for a new one. Put these defences off, and the champion will be stripped. The second is sheer dumb luck.

You simply can’t legislate for injuries, or opponents failing drug tests that force them out of fights.

That’s something Joshua and Hearn have had to deal with in just the past couple of months, with Jarrell Miller – who was meant to be the opponent on 1 June – testing positive for three banned substances and being replaced by Ruiz.

There’s also the chance that the opponent they have been eyeing for months will lose before a deal is done, a fate Joshua nearly suffered in December 2018 when Wilder scraped a draw against Tyson Fury.

Should Wilder’s rematch with Fury go ahead before Joshua gets his hands on the WBC champion, there’s a good chance it will be the Gypsy King – not Wilder – that he must beat to win that final belt.

That would require Hearn to negotiate with British rival Frank Warren, with whom he is even less likely to strike a deal than Finkel.

Or, Joshua could lose on 1 June, leaving Ruiz as the man with three belts, chasing the fourth. 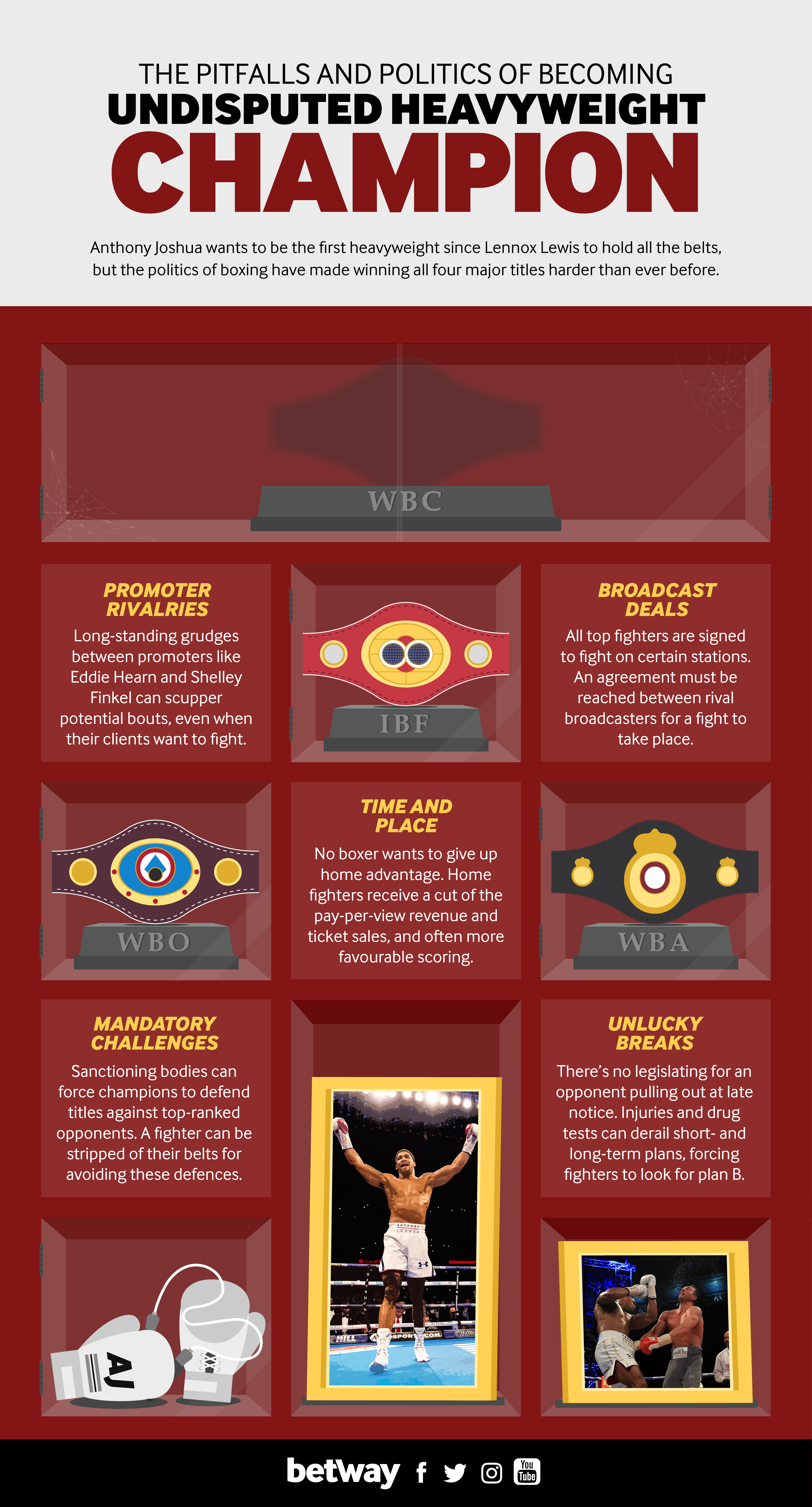