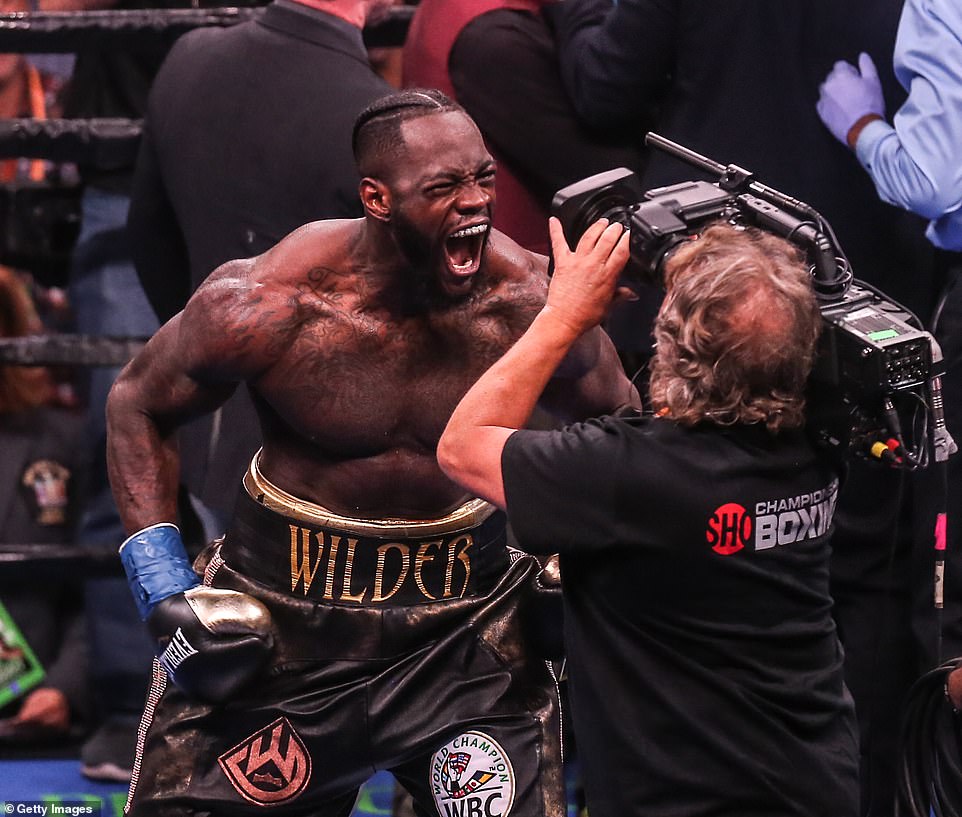 In December of 2018 Deontay Wilder and Tyson Fury battled it out for the heavyweight championship of the world. The fight had it all. Smack talk, pre-fight drama, fight drama, and post fight controversy. It was perhaps the most talked about heavyweight match-up in the United States in years. ESPN, CBS, FOX, even the media that didn't follow Boxing had to talk about it. Wilder dropping Fury in the final round of that fight, and Fury miraculously being able to get up to finish, was being talked about around the world. Then there was the controversial draw that sparked debates for weeks.

After the fight I remember thinking that this was the fight Deontay Wilder needed. Wilder is a heavyweight that has spent his entire career knocking out his opponents in style, a heavyweight with a personality that lights up the room, and a mouth that can sell any fight. Wilder has everything that is required to be a superstar in the sport of Boxing. Despite having everything needed Wilder's career is often criticized for not being where he should be in terms of star power. In 2015, at 33-0 with 33 Knockouts, Wilder could walk down any street in the country and most people wouldn't even know who he was. Most of his fights had been on Showtime or on undercards of lower level shows. Despite Showtime having Floyd Mayweather from 2013 to 2015, Wilder never managed to be able to get on any of his undercards. He gained little steam after that, mainly because of his dedication to Showtime. While Showtime is great for Boxing fans, it's limited to just that. It doesn't hit the casual market that turns a fighter into a superstar, the market that Wilder needs to be a PPV star. Let's take a look at the television viewers for all of Wilder's fights dating back to 2015 (not including Tyson Fury PPV):

It doesn't take a genius to see where the common trend is. NBC and FOX nearly double Showtimes's ratings. I get that they also have 5 times the subscribers but isn't that the point? Isn't that what Wilder wants? More people to watch his fights so that he can turn himself into a Superstar? Isn't that why he turned down a $100 million dollar deal with DAZN? If so, then why in the world did he fight Dominic Breazeale on Showtime and why is a Luis Ortiz rematch on PPV?

Coming off a rocket boost at the end of 2018, Wilder is slowly losing his limelight. Sure, his knockout win over Breazeale was a highlight reel. However 5 times as many people saw the knockout after the fight then the actual fight. The fact of the matter is, if Wilder wants a PPV against Fury and Anthony Joshua to do crazy numbers he needs to market himself better. This isn't done with Showtime and PPV fights against guys nobody cares about. The meaningless fights, at least in the fans perspectives, need to be shown on FOX, CBS, or NBC. Allow Wilder's knockouts to not only create a buzz, but generate more fans that will turn into PPV buys in the big fights. That's done easier when 2.5 million people are watching, not 1 million. Now we'll get Wilder-Ortiz II. A fight that will be lucky to crack 300,000 buys, and that nobody will see except for extremely hardcore boxing fans.