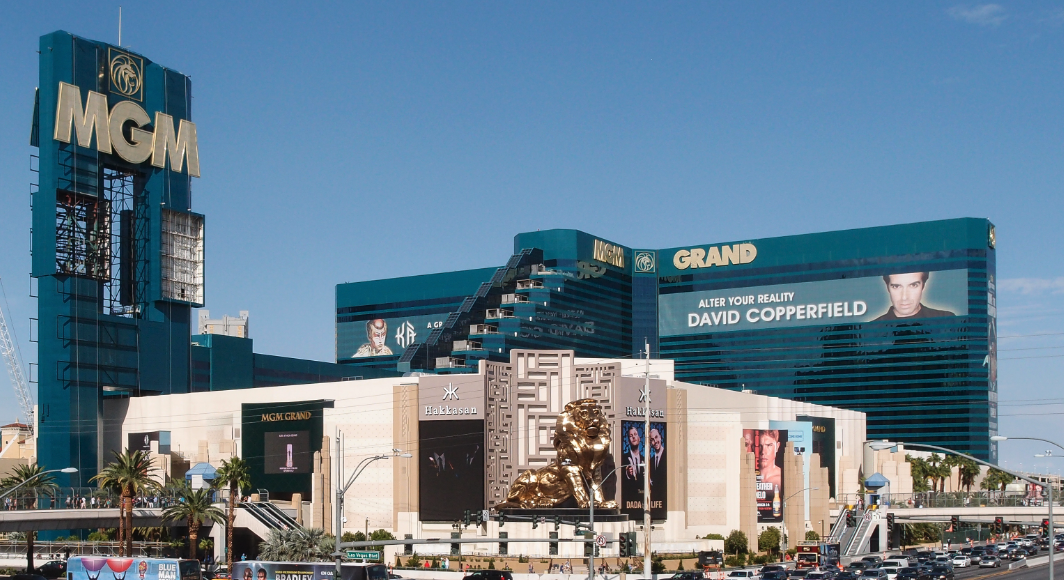 Ask anyone in the world where the biggest boxing matches have taken place, and most will tell you the MGM Grand or at the least Las Vegas. And that’s with a good reason. Since the 1950s and 1960s when Vegas started to make a name for itself as the “Gaming Capital of the World,” boxing has been inextricably linked to the casino industry. After all, some of the biggest fight nights in history have taken place with the ping of a roulette ball and the flashing lights of the slots only meters away.

But when did this relationship start? And more importantly, why does it continue to flourish in a time when there are much better-suited sporting arenas dotted all over the world? Well, to find the answers to those questions, we need to travel back in time.

Where It All Began

As you probably know, Las Vegas wasn’t always the fight capital of the world. In the early to mid-1900s, boxing’s unofficial mecca was New York. It was there that the glorious Friday Night Fights captured the hearts of the television-viewing U.S. public. But it was also there that the TV matches seemed to ruin the development of genuine boxers at the club-level. The TV audience wanted to see brawlers, and so, brute force favored over technique.

Boxing purists were unhappy at the effect this had on the sport at the club level. Clubs were no longer able to draw the crowds to live events as they once did. The TV had given them a taste for bruising clashes, and the technically gifted boxers found themselves largely ignored. That worked against the broadcasters though, as the brawlers they chose inevitably couldn’t hack the pace.

It all came to a head when NBC decided to stop the show in 1960. It split the sport down the middle with some boxers happy at the turn of events while others lamented the fact that the sport would no longer have the nationwide audience it had for more than a decade. The casinos in Las Vegas (or their backers, to be more exact) saw a golden opportunity to bring the game to Sin City and without so much as a by-your-leave, boxing promoters ditched the Big Apple for a massive payday in the desert sun.

It wasn’t long before the big fights started to roll into town. And over the years, we’ve had the likes of Sugar Ray Leonard, Mike Tyson and Floyd Mayweather, all bringing their inimitable style (and legions of fans) to the Las Vegas casinos. And with all those boxers and fans came one thing: money.

The original owners of the old casinos back in the 1960s knew a golden opportunity when they saw one, and boxing in a casino was one. It was a chance to pull sports fans into the city, have them stay at their hotels, eat at their restaurants, and gamble at their casinos. To say it was gilt-edged is an understatement. It was solid gold.

With a TV now in almost every home, it was also an opportunity for the casinos to show off some of that Las Vegas glamor. People finally saw Las Vegas on TV, and as a result, many wanted to go there. Las Vegas made the right decision in bringing boxing into its casinos and built a considerable income off the back of it. These days, though, things are a little different.

The online poker and casino boom has changed the landscape considerably, and while Las Vegas casinos will never go out of business, with the rise of the online casino, land-based casinos have taken a serious hit in the money stakes. Online giants such as 888casino have changed the game and made playing casino games an inexpensive undertaking. That means that casinos are now, more than ever, relying on their other avenues of income to keep profit margins where they should be.

It doesn’t take a business analyst to recognize that when it comes to pulling dollars into the casinos, boxing (and the UFC) is by far the biggest money spinner. Let’s take the Mayweather vs. McGregor fight, for example. The Nevada Gaming Control Board report for the month of the fight showed that Nevada’s casinos made more than $989.5 million. Now to put this into perspective, this was a 14.9 percent increase on the same month of the previous year. Of course, that fight was an anomaly, and we doubt that Fury’s fight with Schwarz will bring in so much, but yes, fight nights do make a difference.

The huge increase in casino revenues and the boost to the local economy make it nearly impossible for casinos, and those in Las Vegas to give up staging fights. In fact, with Las Vegas being a city that relies almost exclusively on the tourist dollar, putting a stop to any event that brings such significant tourist numbers to the state is unimaginable. Besides, it is a match made in heaven.

Think about the glamor and glitz of Las Vegas, the ostentatiousness of the biggest casinos, and the sheer volume of cash flowing through the city at any given moment. With boxing being one of the richest individual sports in the world, is it any wonder fighters and promoters draw to a city that seems to live and breathe cash? Las Vegas was built for casinos, but in welcoming boxing into their plush events areas, the casinos have become the unofficial home of the boxer. And truth told, this is a love affair that will never end, a true forever story.