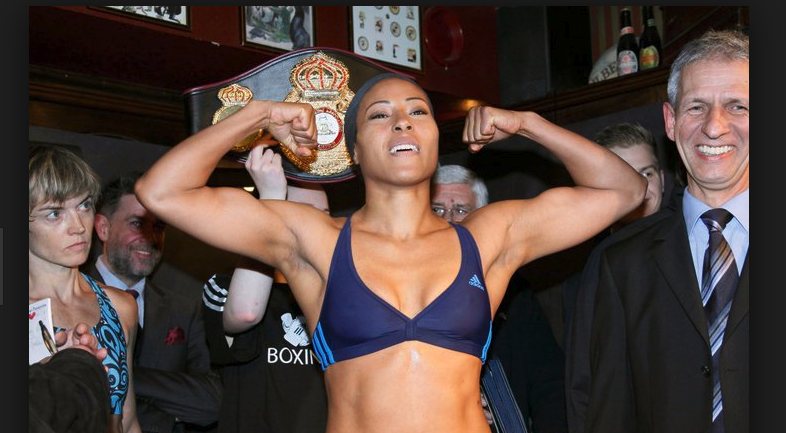 Cecilia Brakhus is the undisputed champion of the Women’s Welterweight category. Nicknamed “the First Lady” she is a champion that has never lost a single match in her career. And now, the Champion is going to the United States in order to start the training regiment for the next fight that she will be participating in, in order to protect her hard-earned belt. She has held the belt, every single one of them, since September 2014, and has had no issue defending them up to this point. She is the champion of the WBC, WBA, WBO, IBG, IBO and Ring Magazine, and she does not intend to give any of those titles up easily. By the information from news site Norskecasino.casino, now she is moving from Oslo, where she has been based most of her life, to the United States, she has a few plans ahead of her.

Cecilia says that the United States seems to be challenging her undisputed championship after the country has been able to produce an undisputed middleweight champion of their own, Claressa Shields. While congratulating the American for this amazing achievement, she seems to be suggesting that a fight with her won’t be that easy and that to hold the title she will have to work much harder than up to now.

Breakhus is also interested in Katie Taylor, who is going to be facing Delfie Persson in the near future in order to fight in an undisputed lightweight world championship bout. She is going to be attending the June 1st fight and cannot weight to prepare to fight in the future as well.

Breakhus believes that the fight of two undisputed world champions against each other will be the most exciting event in the boxing world right now, and she is more than looking forward to the fights.

Breakhus has also mentioned that she might end up having a boxing match with a UFC star Chris Cyborg. But the confirmation of this is yet in the works. The two teams met in 2018 and held some discussions, but a final agreement had yet to be reached.

According to Braekhus they had several meetings the year before regarding the possibility of holding a boxing match, both sides were extremely interested and are going to pursue setting up a fight in 2019 with full force. After this Braekhus went on to talk about her experience in the world of fighting as a woman and how she has been doing her best to elevate the sport from what it has been up to now. In 2018 she was the first woman on HBO, fighting in Russia as a woman for the first time and then going on to in the first female fight in the main title that was shown on HBO. She believes that 2019 is only going to get better for women’s fighting championships and that even more and more exciting opportunities to showcase the fighting skills of women are going to show themselves. She has been working to elevate the fighting scene for the entirety of her career and now, in 2019, she believes she is going to be contributing the most she has ever contributed before.

Braekhus is the International Ambassador for Women’s Boxing and has fought outside the ring for seven years, in hopes of getting professional boxing legalized in Norway, where she is from. The sport has been banned for 33 years now. After the ban was lifted, Breakhus held for fights in Norway ever since 2016 and has managed to draw ten thousand fans every time, breaking television records within the country while she was at it.