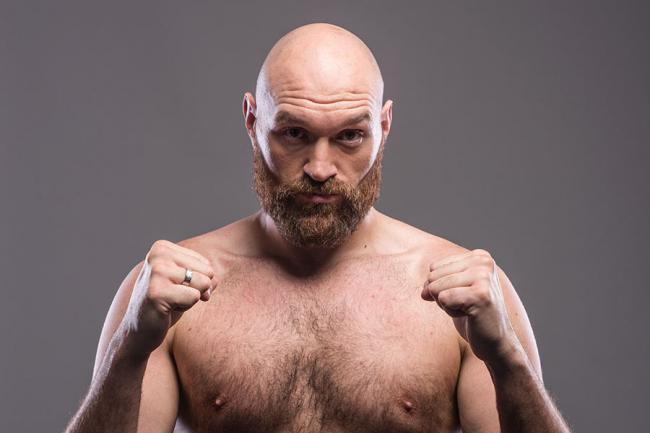 Tyson Fury indicated today that he would like to take on Andy Ruiz Jr after he beat Anthony Joshua, but his focus is still on his next match freetips.com reports today.

Fury will face Tom Schwarz in Las Vegas next weekend, which is the lineal Heavyweight Champions next fight since his controversial draw against Deontay Wilder last December. Fury has recently signed a new deal with ESPN and has been speaking on ESPN radio about his future plans.

Fury, who is still unbeaten, will be at the Thomas and Mack Center next Saturday, that will be followed by a rematch against Wilder in early Spring next year after he agreed terms to the rematch last week. Ruiz Jr will however first have to defend his newly acquired WBA, WBO and IBF titles against the fighter he won them off, Anthony Joshua, as Joshua had an automatic rematch clause in his contract which was triggered when he lost.

Fury stated that he would have no difficulties in beating Ruiz Jr should the opportunity come up and was explaining how to do it. “Ruiz to me isn’t a problem, He’s just a simple boxer, who likes to get inside and try and get involved in a war.” Fury said. “I’d just jab his face off all night, but that’s me, the lineal heavyweight champion of the world. Not some glass-jawed bodybuilder.” Though he is well aware of the dangers of boxing and knows that that can mean things change in a heartbeat. “It’s heavyweight boxing; anything can happen in the heavyweight division, he continued. When you get cracked by a big man weighing over 250lbs, there’s only one way you can go, and that’s to the floor.”

Despite all this talk of Andy Ruiz Jr, Tyson Fury insists that his only focus is on his next fight against Schwarz, and he has no interested in focusing on fights beyond that, and he even cites this as the reason why he thinks Anthony Joshua lost his bout against Ruiz Jr was because he expected to win, and was only focusing on the next fight after that. At least it is a slightly better theory than the ‘Drake Curse’.

The ‘Drake Curse’ is one that focuses on the rap-star Drake. He has a history of appearing in photos with famous sporting stars before they have an upcoming major competition. Which they then go on to lose, usually in spectacular fashion. Drake appeared in a photo with Anthony Joshua and even went so far as to claim that this would be the photo that broke the curse. However, Joshua went on to lose to the 11-1 underdog Ruiz Jr.

Drake’s curse isn’t limited to boxing, it has affected UFC star Conner McGregor, who lost after posing with the star. In Football, Manchester City Star Aguero posed for a photo with Drake before the Champions League final before they went on to lose to Liverpool. There are many other examples of the Drake Curse in force.