Why boxing should be taught in every school 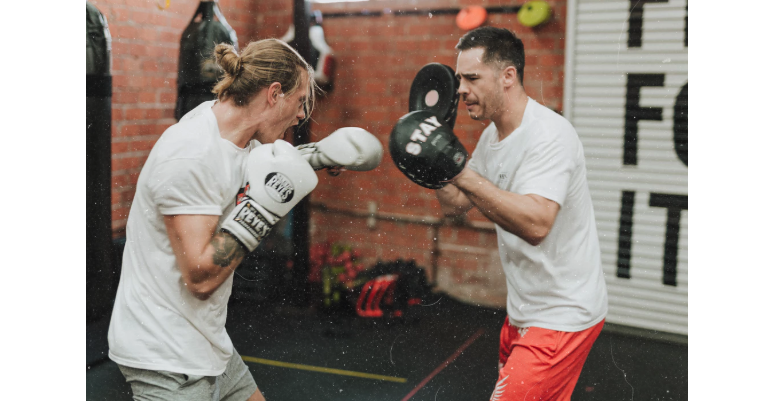 Most people think boxing is a violent sport where a winner emerges only after disfiguring an opponent’s face. But that is far from it. Save for professionals who succumbed to injuries in the ring after intense blows, the introduction of Queensberry rules in 1867 changed the game into something modest.

Discussions about boxing greats like Muhammad Ali, Jack Johnson, Floyd Mayweather, Mike Tyson, and George Foreman paint a picture of a sporting activity that continues to gain popularity many centuries after its invention. In 2017, a fight between Floyd Mayweather and Conor McGregor became the most-watched in the history of the sport. Raking in $700 million from 6.7 million pay-per-view tune-ins, the match remains the biggest combat fistfight in the 21st century.

In this post, we take a look at high school boxing programs, especially why teaching professional fistfight in schools should become part of physical education. But first things first, here is something worth noting:

Students who would wish to pursue a career in the ring are innumerable, probably drawing their inspiration from boxing greats like Ali. It means that writing essays on the pros and cons of boxing shouldn’t be an end in itself. Like any other physical education, the acquisition of practical skills is the epitome of learning how to box. Thus, without further ado, here are some questions to answer:

The truth is that writing an essay on causes of domestic fights calls for extensive research. It is because while knowing how to throw punches can save women from wife batterers, boxing lessons in schools can be a real cause of domestic violence without observance of Queensberry rules. Teachers should, first of all, ask this question before engaging learners in such practices: Will boxing lessons turn students into violent beasts, or can it help them carve a career path out of it?

Boxing in schools and why it is important now than ever

Experts in education have been calling on governments to revisit 1969 Boxing Ban and possibly make it part of PE lessons. While some of their reasons are quite farfetched, most have grains of truth.

The following pros of boxing shed light on the things they have to say:

Boxing is a recipe for physical and mental fitness

Boxing in schools would make the cut for a perfect fitness lesson. From the age of 15 to 50, Joyce Carol Oates, an author of the book ‘On Boxing,’ posits that fistfight isn’t just about self subordination. It is a physical exercise that unclogs veins and begets perfect cardiovascular health and fitness.

Whether it is punching a speedball, pads or a heavy bag, Joyce says that the same way you cannot swim without wetting your suit, punching anything isn’t possible unless you are fit to do so. In the end, students who gain weight because they eat a lot of junk food will have embraced the best way to shed fat.

On mental fitness, it would interest you to note that while fistfights are often aggressive, boxers are some of calmest people you can ever meet. They have been through intense lessons of self-control, something that elevates their mental wellness.

Boxing transforms a man completely. It is not only a physical exercise but also a mental one. In a world where Millenials are the biggest addicts to toxic web content such as pornography, boxing would help turn their minds to doing constructive things. Boxing, in its simplest form, can recover minds blow away into the World Wide Web back to a physical world.

Teenagers will begin to appreciate the fact they have a heart and brain that can work together to make life feel real once again. In every way you look at it, it would be a break from imaginary lifestyle, nudity and laziness. Active minds appreciate reality, and for a student, it would be a rebirth to begin writing a quality research paper without getting whisked away into a toxic world of illicit content (the internet).

According to George Garret, a renowned novelist and an amateur boxer, fistfight in not for thugs as many tend to think. He says that some of the world’s renowned revolutionary fighters cut images of the kindest and most gentle people. A closer shave with Muhammad Ali’s and Mike Tyson’s life, for example, paint a picture of people who won many boxing titles yet exuded highest levels of humility. Professional fighters, George says, leave their aggressiveness in the ring and lead normal lives amongst us. They are some of the most disciplined people in the society, championing change and changing lives.

It is a great calling to commitment and focus

Physical education, in its many forms, benefits students in many ways. If you add boxing to the list so that students who do not like playing baseball can equally feel part of PE lessons, teachers will have initiated a greater calling to commitment. Unlike most sporting activities such as football, which you can play in the streets, boxing leverages recreation to a higher level of dedication and focus. You can only benefit from it by cultivating grit and a higher level of discipline, which is the more reason why it makes for a perfect sport in schools.

A path to a lucrative career

Saying most people relish at huge pay Mayweather takes home after 12 rounds of fistfight would be an understatement. Everyone who wants to be rich does! Boxing is one of the most lucrative careers in this age and time. However, you don’t become successful overnight.

Now, come to think about how many pages you will have to write about successful boxers if schools began teaching boxing many years ago. The truth is that students will begin looking beyond creating a paper outline for argumentative essay on health benefits of a fistfight. And with the help of professional tutors, many would pursue a career in boxing.