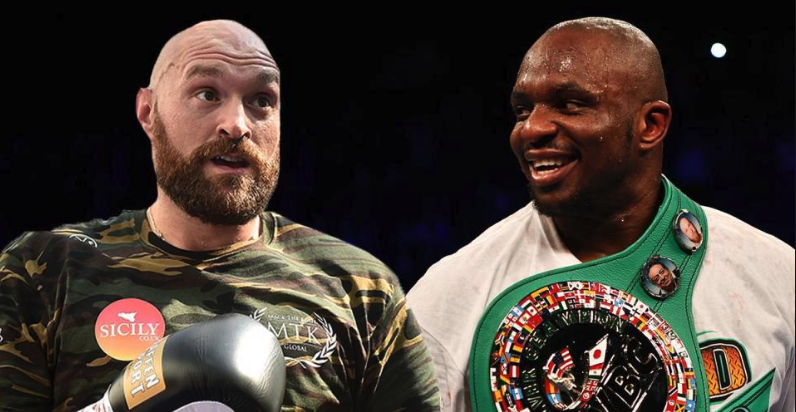 The latest odds on the rematch between Tyson Fury and Deontay Wilder at Bovada show near even probability, with Wilder, barely edging Fury out -105 to -125.

Speaking of the Fast talking Fury, he recently blasted Dillian Whyte in a rant full of expletives. Leading up to Dillian Whyte’s July 20th bout against Oscar Rivas, the pair have traded verbal blows for months now. Prior to the Gypsy King’s latest rant, Whyte had called Fury the Gypsy Coward. Now Tyson has vowed to fight the Body Snatcher, calling him a heavy bag on legs and dubbing him a ‘S***House.

Dillian Whyte has been passed over for a title shot by all three major governing bodies. Now he is looking at the undefeated Oscar Rivas to try and make an opportunity for himself. Meanwhile, Tyson Fury has survived – even flourished, with exception to the late knockdown– against the most dangerous heavyweight we’ve seen in at least ten years. And in June he absolutely annihilated Tom Schwarz, who was 24-0. But the big German only lasted a round-and-a-half. Even with Bayless giving Schwarz every chance possible to recover, it was just too much. The match ended with Schwarz still on his knees and bloody mess.

So will this blooming beef develope into a fight between Whyte and Fury? If Whyte beats Rivas, I really hope so. It will be interesting to see if Whyte can even land punches against the fleet-footed Brit.

We have to assume to some degree that Dillian Whyte will beat the Oscar Rivas. Las Vegas and online outlets have him as a -535 favorite over the Columbian fighter. Eddie Hearn called this fight the WBC Title eliminator. And regardless if Whyte wins or not, Fury stated that he would block him from any title shot in 2020 by immediately instituting his rematch clause with Deontay Wilder “after he wins [against Wilder].”

“Hah Hah! You ain’t getting a WBC shot. Five-hundred days as the mandatory, is it? Still can’t get a title shot … and I’ve tied Wilder up for two fights,” Fury via Behind the Gloves.

But if Whyte loses to Rivas? Would it even be worth Fury’s time? Doubtful. And after Wilder, should Fury hunt down Joshua? Well, Anthony Joshua’s stock is dropping as well. And if Joshua loses to Andy Ruiz Jr. again, it would be a step back for the resurging Fury? So who would be left after a Champ like Wilder? Ruiz Jr.?

We’ll have to wait and see how this all unfolds. The heavyweight division is in an interesting state of flux at the moment.