Las Vegas: From Barren Desert to Boxing Capital of the World 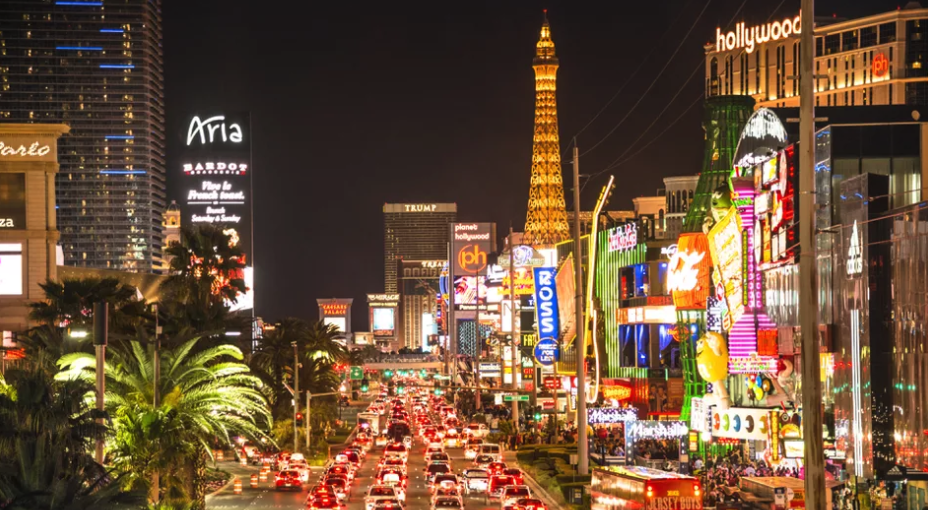 It’s 8:55pm on the 15th May 2015 in Las Vegas, Nevada. On the face of it, the night is like any other. The streets are crowded with tourists, casino and night club promoters are settling in for a night of tempting and persuading and gamblers are already anticipating a night of big wins. But tonight, there is a different energy encompassing the Las Vegas Strip. There is an electricity. An electricity that only Las Vegas can generate. The night air is hot and sticky as is typical for an early summer night in Las Vegas and plenty are feeling it. The dozens upon dozens of casinos in the town all have their doors open for business and the most famous of them are filling nicely; Caesars Palace, The Venetian and The Bellagio to name a few. But for all intents and purposes, there is only one casino in town tonight, there is only one show and that is at the MGM Grand.

The clock has ticked over to 8:59pm and the MGM Grand Garden Arena – the home of boxing - is at boiling point. The MGM Grand is filled with an abundance of the most famous names in the world. Donald Trump is in attendance (he is not yet President, of course) as are movie actors Robert De Niro, Denzel Washington and Leonardo DiCaprio who are sitting alongside sports stars, the likes of Michael Jordan, Tom Brady and Steffi Graf. Well known musicians, businesspeople and socialites have also managed to secure themselves tickets for the hottest event in town. The event? The boxing match dubbed – The Fight of the Century. A boxing superfight that has been five years in the making. Floyd ‘Money’ Mayweather versus Manny ‘Pacman’ Pacquiao in a fight that will decide who will be the undisputed best pound for pound boxer in the world.

The crowd – some of whom are sitting patiently, others are standing and mingling with their neighbours – are united in their anticipation for what’s to come. The clock strikes 9pm Michael Buffer has his microphone in hand. “LET’S GET READY TO RUMBLE…” echoes around the arena. Another boxing superfight is about to occur and yet again it is to be showcased in Las Vegas: The boxing capital of the world.

The Fight of the Century - Floyd Mayweather versus Manny Pacquiao – was certainly not described as the best boxing match of all time and it never will be - it wouldn’t even be close to the top fifty. Critics considered the match a let-down. At the same time, the fight was considered to be one of the most anticipated events in sporting history – it is hard to live up to that! Either way, the fight itself was not a success from a pure entertainment point of view. But for Las Vegas, for Mayweather, for Pacquiao and for all the organisers and television producers this did not matter, not when the fight became the highest grossing Pay-Per-View (PPV) event in history – i.e. a hell of a lot of money was made.

The fight was purchased an estimated 4.6 million times and made over $410 million in revenue -breaking all records and making it the highest grossing PPV in history. Each and every Floyd Mayweather fight is reported to be worth over $100 million to the economy of Las Vegas in both gambling and non-gambling revenue. First and foremost, Las Vegas is a gamblers paradise and was and still is an obvious place for boxing to call home, leaving behind New York City – the former part of town favoured by boxing promoters. By the time the MGM Hotel opened in Las Vegas in the 1970s, entrepreneurs were thinking how they could make money from this new gambling mecca.

From Deserts to Riches

The bustling city of Las Vegas - thanks to its apparently endless number of casinos, bars, hotels and poker rooms - attracted throngs of bettors and gamblers. This interested investors who asked themselves: “If people are willing to come here to bet on casino games, then what’s to stop them from also gambling their money by betting on boxing fights?” Sports betting is of course legal in Nevada, unlike New York and this is one of the main reasons why live boxing relocated to the then infant Las Vegas. But boxing was starting to become another tool for the casinos to separate visitors from their money.

In the 1950s, the first professional boxing match was held in Las Vegas - a disappointment to say the least. The growing Las Vegas casino establishment paid $100,000 to ensure that the first fight in the city went off without any problems. Unfortunately, only 6000 people attended the event which was less than half of what was predicted, and nobody had a particularly good time; however, it was not the time to give up. In 1960, the brand-new Las Vegas Convention Centre became the venue for future fights in Las Vegas – it was a perfect location for television camera crews and was a stone’s throw away from many of the casinos who were continuing to fund boxing in the city. However, it was not long before the casinos decided the best way to make money was by hosting the fights in the casinos themselves. Enter Caesars Palace Hotel and Casino.

“Boxing gives Caesars Palace worldwide exposure, and you can't measure what that means for us. It's like we're in the banking business—boxing is our promotion to get people in here."

What transpired was casinos doing all they could in order to attract the whales – the gamblers that could drop $50,000 without blinking an eye. The casinos would invite these whales to the boxing fights, they would give them free tickets and free hotel rooms and other perks in order to make them feel important, wanted and valued. They attracted thousands of people, all of whom were gamblers who would bet on the fights as well as on the casino game tables. The superstar boxers – the likes of Forman, Ali and Tyson came and went but the boxing stayed.

Fighting Capital of the World?

In the 50+ years since boxing arrived in Las Vegas, the popularity of boxing has only increased. Floyd Mayweather was the highest paid athlete in the world for four year out of seven between 2012 and 2018 before he announced his retirement from boxing proceeding his fight with UFC fighter Conor McGregor. Incidentally, the Mayweather v McGregor superfight is second only to the Mayweather v Pacquiao bout in terms of amount of revenue earned.

UFC has become another way for Las Vegas (and the casinos) to attract gamblers to the city. Live UFC fights are frequent to the numerous Las Vegas casino arenas and attract a similar audience to boxing, if not always the same worldwide attention. Las Vegas casinos have become the modern-day equivalent of the Roman Colosseum. Throughout human history, fighting has been a form of entertainment – us 21st century humans really do have a lot in common with our ancestors.

The Future of Las Vegas

Despite the evolution of online casinos which provide a much easier way for gamblers to gamble (in Europe at least) the brick and mortar casinos in Las Vegas are as strong as ever. Will Las Vegas see a decline in visitors? Not according to the statistics. Research by Statista shows that the number of visitors visiting Las Vegas is only increasing. In 2017 there were 39.01 million people visiting Las Vegas compared with 42.12 in 2018. Furthermore, the casino and hotel company Las Vegas Sands which owns two of the most prominent hotels in the city; The Venetian and The Palazzo, had a 20% increase in revenue from 2016-2018. MGM Resorts – which owns 50% of the hotel rooms in the entire city has also seen its revenue increase by over 20% in the last two years.

Las Vegas is a rag to riches story. Will the riches come to an end? Not anytime soon.