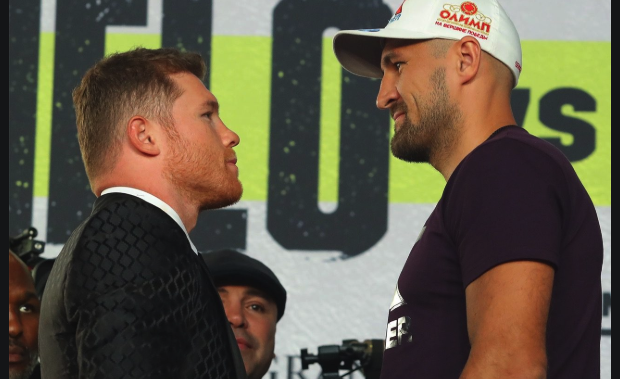 Saul "Canelo“ Alvarez is going to take a big risk soon in his attempts to become a four-weight world champion. He is going to face WBO light heavyweight no 1 Sergey Kovalev in less than two months. This event is going to be organized and held in the MGM Grand Arena in Las Vegas, Nevada according to John Pentin boxing expert at bettingtips4you.com. A lot of fans have thought that Kovalev is done with professional fights after getting defeated by Andre Ward twice back in 2016 and 2017. However, he decided to come back and that turned out to be a really good move. Kovalev has won four out of the last five fights since then. The only defeat came against Eleider Alvarez in late 2018 in the seventh round. However, this Russian fighter got the revenge against the same opponent in February this year. When it comes to the most recent fights, Kovalev had a lot of troubles against Anthony Yarde, an undefeated mandatory challenger, with this fight happening in Russia.

Kovalev has issued a lot of statements lately, and one of them is particularly interesting. He looked back to that fight against Ward, saying that his brain is not processing it as a legit loss. He added that Ward was boosted with a decision in the first match, while also claiming that his opponent was striking with illegal low blows in the rematch that happened one year after. Ward is also the Olympic gold medal winner, so these accusations are not taken that lightly. Kovalev has also added he feels a lot more experienced now after going through rough periods, and he is expecting an equal fight this time.

Canelo is a true fighter, there is no doubt about that, and Kovalev mentioned it in a recent interview. Surely Canelo is much younger, faster and fresher boxer, but he doesn’t have that big results behind him yet. He is holding titles in the middleweight limit of 160 pounds, but he is moving up by two full weight leagues. This fighter has never fought beyond the super middleweight limit of 168 after moving up ten months ago. He defeated Rocky Fielding easily in three rounds, but many experts and fans would agree that was a huge mismatch. Fielding was previously defeated in one single round by Callum Smith.

Everything becomes much more interesting about this match after the latest statement of Andre Ward. He has given his thoughts and tips to Canelo how can he beat Kovalev. Ward’s prediction he is tipping Canelo to stop Kovalev in the oppening rounds, but has big doubts when it comes to Mexican’s ability to keep up with Kovalev’s reach. Beating much bigger opponent is going to be an issue without consistency. Ward’s suggestion to Canelo is to try and batter the Russian’s body. Kovalev should be way more experienced in this clash, as he already faced much better punchers in the last couple of years.

One of the biggest boxing promoters Bob Arum said that Manny Pacquiao is most likely going to retire soon unless there is some lucrative opportunity for a big match against Floyd Mayweather. Arum has been promoting Pacquiao for a long period now, and achieved a lot of success with the Filipino fighter. However, the journey is slowly coming to an end. His client is going to be 41 years old soon. We all remember the 12-round battle against Keith Thurman eventually won by Pacquiao in July. That was his last fight though, with none of them being scheduled in the next six months. Extending boxing career for a long period of time is also a risk of lasting damage, which means every blow could leave severe consequences. A rematch against Mayweather may be the perfect way to end the career though. Floyd is also retired and he defeated Pacquiao in the „Fight of the Century“ back in 2015. Manny Packquiao has turned pro in 1995, regarded as one of the greatest boxers of all time by many. He has won twelve major world titles in eight different divisions. Victory against Thurman has also allowed him to become the oldest welterweight world champion in history of boxing. He was also named as Figthter of the Decade in 2000.