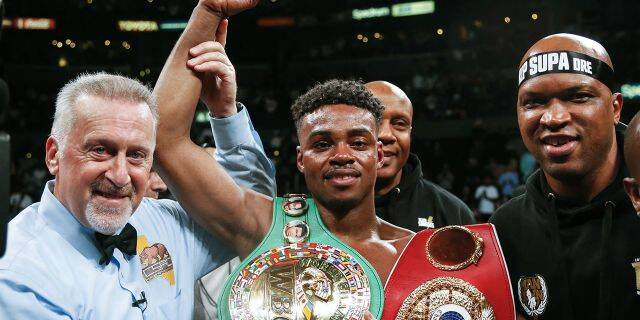 Unified welterweight world titleholder Errol Spence Jr. is expected to make a full recovery after he was involved in a single-car accident early Thursday morning.

Spence was not wearing a seatbelt when he veered over the center median and crashed his Ferrari in downtown Dallas overnight.

According to early reports, Spence was airlifted to Methodist Hospital and was placed in the Intensive Care Unit with serious injuries. However, it was later reported that he only suffered facial lacerations.

“Spence is awake and responding, and his condition is listed as stable. He did not sustain any broken bones or fractures but has some facial lacerations. He is expected to make a full recovery,” Premier Boxing Champions said in a statement.

“He is currently resting with his family by his side. They want to thank everyone for their prayers and well wishes and are extremely grateful to the Dallas first responders who rushed to the scene to attend to Errol after the accident.”

The 29-year-old Spence (26-0, 21 KOs), a 2012 Olympian, picked up the biggest win of his career last month when he won a split decision against Shawn Porter to unify two 147-pound world titles at Staples Center in Los Angeles in an action-packed fight.