A History of Spectacular Fights in Vegas - Rolling Back the Years 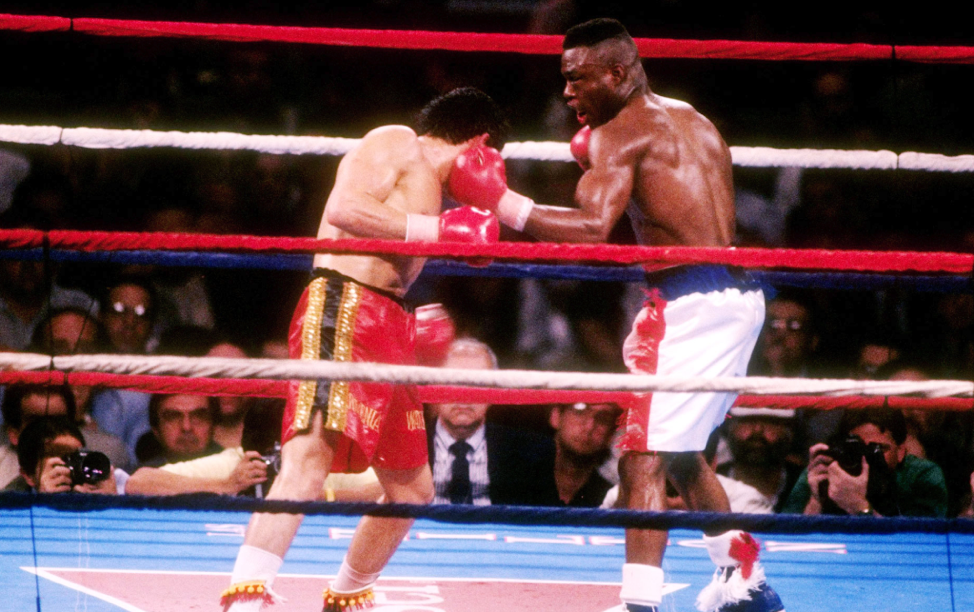 Despite being the gambling and entertainment capital of America, Vegas is somewhat lacking in one area – professional sports. Unlike New York or LA, Sin City does not have a rich sporting heritage or notable success in any of the big North American leagues.

But there is one sport which is entwined in the DNA of Vegas - boxing. Up until the 1950s and 60, New York was the undisputed boxing capital of the world. But in the last fifty years or so, Vegas have captured that mantle.

More big-card bouts happen in Las Vegas than anywhere else in the world. Given the lack of a population large enough to sustain an elite level sports team, boxing provides the city with an attraction to draw sporting enthusiasts to the city.

In the last 50 years or so, countless classic bouts involving the biggest names in the sport have taken place at Vegas. Here is a shortlist of some of the most exciting matches ever witnessed amidst the sands of Nevada desert:

Despite not being a title match, this heavyweight encounter is considered by many as one of the greatest ever in that weight category. The two fighters were returning to action after contrasting fortunes in their earlier bouts.

Foreman had spent a couple of years away from the ring after his loss to Muhammad Ali in the historic Rumble in the Jungle match (1974) in Zaire. Facing him was Ron Lyle, who had got the better of Earnie Shavers, the “Black Destroyer,” after a brutal 6 round showdown in a 1975 match.

Lyle took the fight to Foreman in the early rounds, part of a hyper-aggressive strategy that almost had Foreman on the ropes. The two traded blows across the first three rounds, after which Lyle got the drop on Foreman in round four.

Foreman countered hard after getting up and managed to drop Lyle in that very same round. Things did not end there. In yet another crazy turn of events, Lyle knocked down Foreman yet again, towards the end of round four.

Despite getting the better of his opponent once more in round five, Lyle could not capitalize. Foreman endured and finally ended the bout with a KO in Round 5.

This was supposed to be a show match for the newly crowned world featherweight champion, Barry McGuain, the “Clones Cyclone.” McGuain had built up a reputation as one of the best small fighters in the world, and his win over the great Eusebio Pedraza had marked him as a true champ.

In contrast, his opponent for his first show match in the United States was a relative unknown. Steve Cruz was the last-minute replacement for the Argentine Fernando Sosa, who had to withdraw due to a career-ending retinal injury.

Cruz, a native Texan, was a taller, lankier boxer than Sosa, but that was about that. He was a nobody, with a competent amateur record and a not too shabby pro record of 25-1. This was the biggest match of his career.

Several things worked against McGuain that fateful day in the Nevada sun - the last-minute change in opponent put him off his stride a little bit. But what truly worked against the Irishman was the heat - it was one of the hottest days in recent memory, at temperatures above 105 degrees.

The match stretched for the full 15 rounds, and both boxers traded blows relentlessly. But as the match wore on, the heat took its toll and McGuain was soon running on empty. Cruz eventually knocked him down twice in the final round, earning a deserved Unanimous Decision.

It was one of the biggest betting upsets of recent memory in Vegas boxing. McGuain was the overwhelming favorite - this match was just supposed to be a formality, a stepping stone to other championship challenges from stars like Azumah Nelson and Wilfredo Gomez. Instead, the loss to Cruz changed him - he was never quite the same boxer again.

This fight is infamous for the controversy surrounding its ending, but it was also brimming with quality and aggression. Chavez was the unbeaten champ, but it was Taylor who was racking up the points as the match dragged on.

Despite being ahead by at least 3 cards heading into the final round, Taylor had been at the receiving end of some bruising shots from Chavez throughout the bout. Neither fighter was willing to give up, resulting in an absorbing spectacle.

With just seconds remaining in the final round, the referee Richard Steele did something that would go down in history as one of the most controversial calls ever made by an official in a boxing match.

Taylor had been taking some heavy blows from Chavez as the clock wound down. With three seconds remaining, Steele saw something in Taylor’s demeanor that suggested to him that the fighter was medically unfit to continue.

Steele blew the whistle, waving off the action and giving the match to Chavez as a Technical Knock Out. As Taylor was clearly in the lead, and the match was seconds away from ending in his favor, the referee's decision was widely questioned and criticized.

But in his defense, Steele was a vastly experienced pro and if he felt that Taylor was in danger, it was probably a fair call. And three seconds is more than enough for an elite boxer to land a mortal blow on a defenseless opponent.

In the Chavez continued his unbeaten run to an amazing 69-0. He also unified the light Welterweight titles of IBC and WBC as the result of this victory. As for Taylor, it took him a while to recover from the injuries suffered in that match, which included multiple fractures and even suspected kidney damage.

Like McGuain before him, he lost something of his spark in Vegas that night. Though he fought on and off for another 12 years, his record was very erratic.

There have been numerous amazing boxing matches in the course of the last fifty years in Vegas. But in terms of enduring memories and impact to boxing history, these three rank right at the top. Other bouts worth an honorable mention include Paulie Ayala's win over Johnny Tapia (UD 12 in 1999), Larry Holmes over Ken Norton (SD 15 in 1978), and last but not least, Sugar Ray Leonard’s win against Thomas Hearns (TKO 14 in 1981).