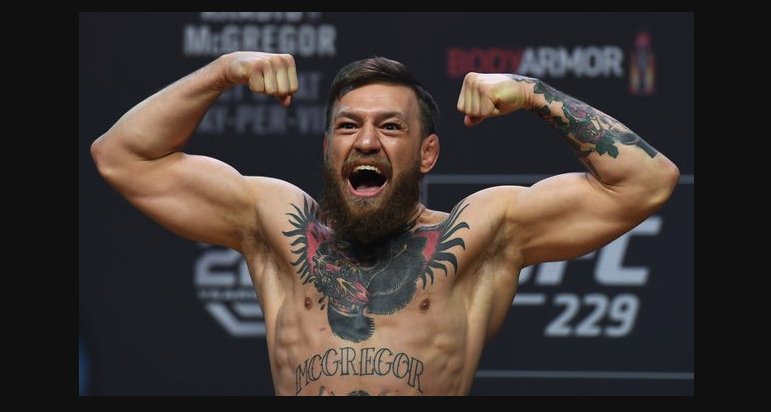 The UFC is once again in the media’s spotlight as rumors of Conor McGregor’s comeback fight is starting to gain momentum again. McGregor has been out of the fighting radar for months since his loss to Khabib Nurmagomedov last Oct. 7, 2018.

He is said to be back fighting again in the octagon, this time, facing Justin Gaethje at the fabled Madison Square Garden in New York City.

However, Dana White said in an interview that there is still no confirmation whether the much-anticipated fight will happen. He adds, though, that the UFC is interested about it. But it’s also worth noting that Conor McGregor isn’t just a fan of mixed martial arts as he’s also into horseracing. This means that while he is still out of the fighting scene in the UFC, it’s very likely that he’s laying all his focus on the Grand National betting sites as the Grand National is going to commence in a few months. Many say that this is Conor’s way of relaxing and regenerating his energy for any upcoming fight, especially with that against Justin Gaethje.

Will Conor fight Poirier instead?

Dustin Poirier, another elite MMA fighter, is also one of the probable contenders of the Irishman. He even hit Conor numerous times in social media.

But as much as he’d want to be the man Conor will fight for his comeback, it seems that this isn’t going to happen.

Al Abdelaziz, Dustin’s manager, said that the UFC isn’t very interested with a McGregor-Poirier fight because they prefer Gaethje instead. The reason behind this is largely due to Gaethje’s recent victory against Donald “Cowboy” Cerrone.

He even said that the Notorious kept on avoiding him even though he wants a comeback fight. The Arizona fighter also said to McGregor that he just needs to choose him or Dustin Poirier.

Gaethje continued saying that McGregor replies to Dustin’s messages, and not to him, hinting that the Irishman is afraid to fight him.

Furthermore, Gaethje said that he did all the means to reach out to Conor. He even tried “reverse psychology” and “trying to be a friend.” With this, it’s very clear that the 30-years-old is clamoring and very thirsty for a fight against the #3 UFC lightweight fighter.

In an interview, Gaethje also said that he is going to be very disappointed if the fight between him and McGregor will not happen.

He continued saying that he is the deserving fighter to face him on Conor’s comeback, that is, if it’s going to happen knowing that the Irishman announced his retirement months ago.

Unsurprisingly, Justin Gaethje threw a number of taunts against Conor, one of which was that he was a “coward.” The reason behind this, he said, was because Conor kept saying he’ll fight even though there’s no fight happening.

Justin continued by saying that Conor chose “weaker fighters” like Frankie Edgar who is reported to be 30 lbs. lighter than the two of them.

The #4 fighter in UFC rankings even went deeper with his insults, saying that Conor is a “coward.” He hinted that McGregor is scared of being defeated for the second straight time, especially that his tap-out loss to Khabib Nurmagomedov dealt a negative blow to his career.

For now, all Gathje has to do is to wait for the UFC’s decision on the matter. It’s probable, though, that a fight between McGregor and Gaethje is going to happen in the months to come, knowing that they are the #3 and #4 ranked fighters in the UFC lightweight decision, respectively.