Anthony Joshua vs. Andy Ruiz: Everything to Know About the Legendary Matchup 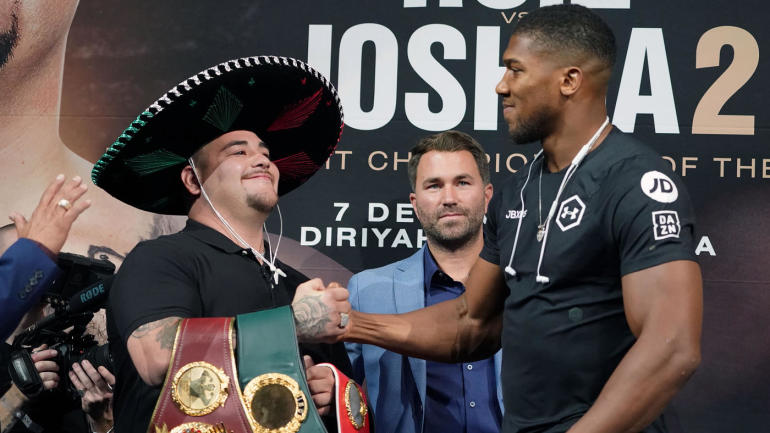 The ultimate fight to end the year is almost upon us, and everyone is excited for the rematch between Andy Ruiz Jr. vs. Anthony Joshua. After we have seen the amazing match between the two last June 01, 2019 where Andy Ruiz Jr. won the match, everyone has been speculating on when we will get to see these men on the ring.

Their first match was full of anticipation and excitement as we get to see the undefeated unified WBO, WBA, IBO,and, IBF heavyweight champion holder Anthony Joshua face off against the Mexican-American professional boxer who was not known yet to everyone. For sure, this will have a huge effect on the Anthony Joshua betting odds because of the fame difference.

Originally, Andy Ruiz Jr. is not supposed to be the opponent that Joshua sought out. Joshua challenged Jarrel Miller to a fight on June 1st at Madison Square Garden to mark the US debut of Anthony Joshua. The terms were agreed on February 8 and everything was set in place for the fight between Joshua and Miller.

However, on April 17, 2019, the Voluntary Anti-Doping Association informed the two parties that Miller tested positive for the banned substance called GW1516.

Further tests were conducted on March 31 and Miller was proven to be positive for EPO, HGH, and the GW1516. Because of this, Miller got his boxing license denied, which prompted Joshua to find another opponent.

When the date of the match arrived, both fighters were ready to face off with each other. The first two rounds of the fight were slow-paced as the participants tried to feel each other out.

It was only at round three that the match became heated and fueled. Joshua managed to knock down Ruiz Jr. within the first two minutes of the match. However, Ruiz Jr. was not fazed by the punch and stood up immediately from the floor. Ruiz Jr. returned a barrage of punches to Joshua which knocked him down also.

After the third round ended, the three rounds following the intense round was all about jumping ahead of the scoreboards by seeking a mid-round rally with each other.

The deciding moment of the match was at the round seven when two minutes and twenty-seven seconds remaining in the round, Joshua was dropped down by Ruiz after receiving a flurry of heavy blows from the contender.

However, Joshua was a fighter and persistent as he rose from the fall. The two clashed again for one last time when Ruiz dropped Joshua for the final time with only one minute and fifty-nine seconds remaining in the round seven.

What happened after shocked the viewers of the match as Joshua spat the mouthpiece and walked towards his corner. With his arms dangling on the ropes and his eyes locked onto the official, he said that he was not interested in continuing the match anymore.

The referee declared that Andy Ruiz Jr. wins the match through a TKO win. The feat achieved by Ruiz was a huge deal because this was the first time that a Mexican-American became a heavyweight champion in the history of boxing and the second Hispanic to do so.

Everyone underestimated Ruiz as he was considered as a mere replacement after the issue with Miller. Now, the match is one of the greatest upsets in the heavyweight boxing history.

However, this is not the end of the fight between the two fighters because the upcoming rematch billed as Clash of the Dunes will be Joshua’s chance at redemption.