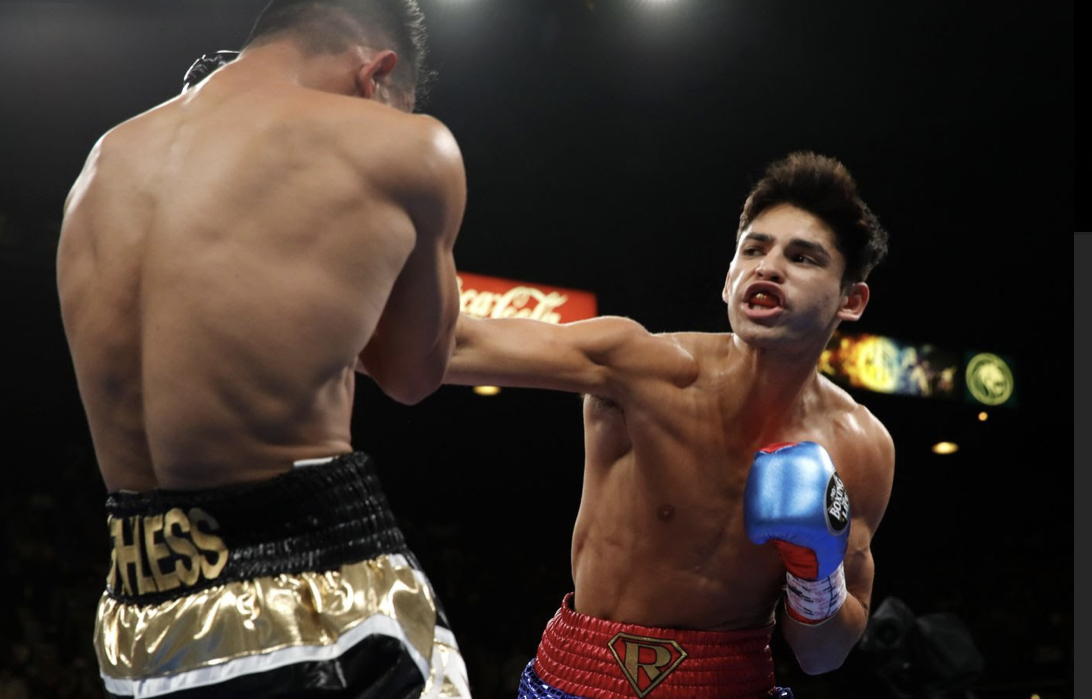 There won’t be any love on display when rising lightweight star Ryan Garcia returns to the ring.

"I'm very excited to be in the ring once again. I'm looking to shock the world this year," said Garcia, the 2017 FightNights.com Prospect of The Year, "I'm going to show the boxing world that I'm here forever."

In his first fight of the new deal, Garcia scored a first-round knockout over Romero Duno on the Alvarez-Sergey Kovalev card.

"Golden Boy is proud to present the biggest rising talent in the sport of boxing," Golden Boy CEO Oscar De La Hoya said. "Ryan Garcia silenced all the skeptics by knocking out a tough contender in Romero Duno, and he did it in just one spectacular round. ... We will have something special for everyone to enjoy on Valentine's Day when we deliver this great show."

Fonseca (25-2-2, 19 KO’s), 25, of Nicaragua, typically campaigns anywhere from 130 to 140 pounds. All of his defeats, however, have come in junior lightweight bouts. In August 2017, Fonseca was stopped by Gervonta Davis in the eighth round on the Floyd Mayweather-Conor McGregor undercard. In December 2018, Fonseca was outpointed by Tevin Farmer on the Canelo Alvarez-Rocky Fielding undercard. Fonseca is 3-0-1 since coming off a majority draw against Alex Dilmaghani in London on Nov. 16.

"Nicaraguan boxing is at the very top right now because we have two world champions [brothers Felix and Rene Alvarado] representing us right now," Fonseca said.

"That's why I will not let my country down. When I face Ryan Garcia, I will expose him on his own territory, and I will deliver him his first professional [loss]. My manager [former world champion] Rosendo Alvarez and I have been waiting for [this opportunity]. We've dreamed of fighting Ryan Garcia, and we have the antidote to defeat him."

In the chief support, former three-division world champion Jorge Linares (46-5, 28 KO’s), 34, a native of Venezuela training out of Las Vegas, will face an opponent to be determined in a 12-round lightweight fight.