Mike Tyson Will Supplement His Cannabis Business With A Luxury Resort 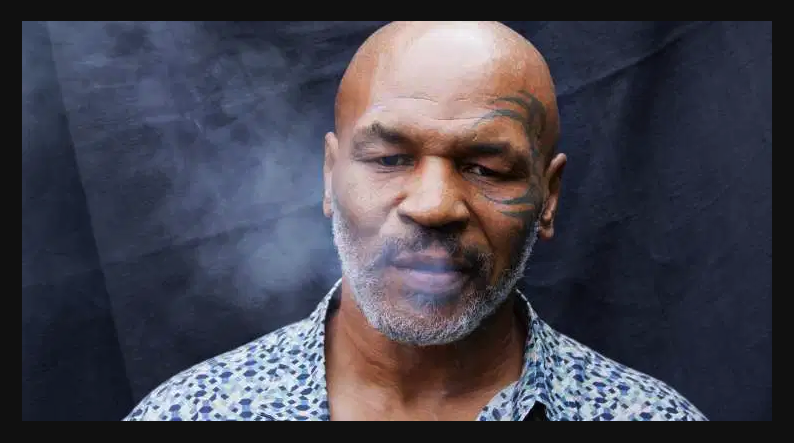 The youngest boxer to win the heavyweight title. A fighter. An abuser. An addict. A champion. A comedian. A mentor. Mike Tyson’s volatile personality and undisputable skill in the ring have earned him many titles over the years, both in the professional sport and in the public eye. Tyson, now retired, is the first heavyweight boxer to hold the WBA, WBC, and IBF titles simultaneously and one of the six male fighters in the history to reclaim his heavyweight championship after losing it. He is also one of the few people who have managed to control or overcome drug and alcohol addiction, bankruptcy, and mental instability to reach success once again. The unexpected remedy that Tyson credits for his progress and the regained fortune is a plant that has basked in popularity for years ― cannabis.

Addiction, Cannabis, And The Beginning Of The Empire

The Ranch Companies, previously known as Tyson Holistic Holdings, was founded in 2016. Currently, the Ranch Companies owns and operates Tyson’s cannabis projects, including the KIND music festival, Tyson Ranch, and The Ranch at Palm Desert. Among all the companies that produce and distribute everything from cbd wax to cannabis vape juice, the Ranch Companies sell a somewhat impressive $500,000 worth of marijuana each month.

Tyson’s journey to the cannabis business was neither short nor pleasant. The former boxer has publicly admitted to using cocaine, acid, and other drugs, as well as abuse alcohol severely. During the 2000s, Tyson was on drugs during several fights, frequenting the mix of cocaine and marijuana. The boxer’s drug addiction extended to opioids after Tyson underwent knee surgery in 2004. Three years later, after being arrested for cocaine possession and use, Tyson pleaded guilty to the charges, as well as to driving while intoxicated.

Alcohol and drug abuse continued to deteriorate Tyson’s health, financial stability, and relationships despite his several attempts at quitting. He declared himself bankrupt in 2003, being nearly $23 million in debt regardless of his significant boxing profits. Tyson has also revealed in multiple interviews that drugs used to make him violent and not in control of himself.

Following the 2016 passing of Proposition 64, many entrepreneurs in California have jumped on the possibility to launch a highly promising cannabis business. Tyson was no exception, creating The Ranch Companies and spreading the word about how cannabis helped him become clean, mentally stable, and calm.

Cannabis Oasis In The Middle Of The Desert

While it’s no surprise that Tyson is eager to expand his business, the latest reveal of his intentions is impressive and amazingly ambitious.

“Let’s say 420 acres,” Rob Hickman says in an interview, referring to the new luxury resort in the middle of the desert, between Desert Hot Springs and Palm Springs.

Hickman is a branding entrepreneur working with Tyson to help him implement his plan for building the cannabis dreamland. The idea for creating the resort is hardly a new one ― Hickman had nursed it for four or five years before it finally came to action. Tyson Ranch is currently under construction.

According to Hickman, the resort will include a luxury hotel, retail stores, and an amphitheater for various performances. Together with the planned glamping site and facilities, the resort looks promising as a festival and concert venue. There are also plans to build Tyson University on the site where professionals in the cannabis industry will teach new farmers the cultivation techniques to grow their weed. The resort will feature the longest river in the world that flows through this place to provide ranch visitors with the best recreational opportunities. It will take approximately an hour to float down the entire length of the river.

Cannabis rules on-site also warrant special attention. Visitors will be permitted to smoke, vape, and use marijuana in all its forms virtually everywhere. The only spots that will be off-limits for smoking weed are where alcohol is sold, as it is illegal to allow the combination of the two substances in one location per California law. Although people will be able to use marijuana at the resort, cannabis products will not be sold on the premises. Be it a marijuana joint or the best cbd wax. Visitors will have to purchase what they desire outside the resort and bring the supplies on their vacation.

Hickman declares that cannabis will not even be grown at the resort. It is a part of the company’s success, as it leaves Tyson and his partners barely touched with legal issues, bad crops, and other turmoil that cannabis growers go through. Tyson Ranch distributes packaging and their brand, designed to imply that cannabis in their containers is always a top-quality product.

This strategy enables the Ranch Companies to expand and modify their product lines endlessly. While, for now, Tyson mainly works with third-party growers who distribute weed for smoking and cannabis edibles, there are numerous forms and applications of cannabis that are only emerging. As marijuana laws in the United States become more and more lenient, many manufacturers of vape juice, cbd wax for sale, and other cannabis products will get their shot in the U.S. market. Mike Tyson will be there to promote the best of the best.

Cannabis Laws And The Importance Of Quality

A luxury resort in the heart of the Californian desert where guests can freely light up joint sounds borderline futuristic. Indeed, the United States has only begun the transformative process that regulates cannabis use across the country. The laws regarding the issue are often ambiguous at best and lacking at worst, making many people wonder whether cannabis edibles and cbd wax are legal, and what primary difference exists between all the plant’s forms and derivatives.

Regardless of each person’s standing on the cannabis issue, Mike Tyson occupies one of the most vital niches in the business. Until appropriate regulations and standards are put firmly in place, it falls to companies like Tyson Ranch to promote products of the best quality and help their customers avoid potentially dangerous fakes.