Covid-19 v Boxing: The Fight of the Century 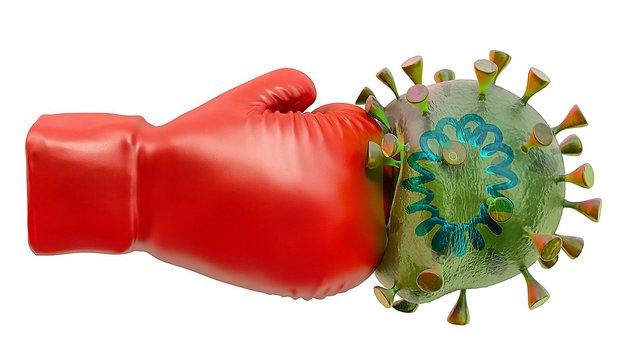 The surreal standstill brought by the coronavirus pandemic has thrown the sporting world into crisis. Who could ever have imagined a world where football stadiums sit eerily empty, where an event as gargantuan as the Olympics could be put on hold? Boxing, too, is out for the count, and many people in the sport – from journeymen fighters to lower level promoters – may never make a comeback after the economic KO of the lockdown.

The sport as a whole has a huge fight on its hands, with some of the biggest matches – poised to rake in huge revenues – being frustratingly postponed. Take the upcoming fight between Tyson Fury and Deontay Wilder. This will be the third and final chapter in a trilogy which has seen Fury achieve the status of a bona fide boxing icon. Fury and Wilder’s first confrontation, way back in 2018, resulted in a controversial split draw, so expectations had been stratospheric for their rematch in February 2020. This time, there was no doubt about the victor. By beating Wilder so decisively and taking the WBC belt, Fury – who’d overcome mental health problems and other personal demons – cemented one of the most remarkable comebacks in the sport’s history.

But the story isn’t over, with Wilder demanding a third match and regally announcing, “We will rise again. We will regain the title. I will be back.” This third battle was initially set to happen in July, but has now been tentatively pushed back to October due to the pandemic. But there’s every chance it may be pushed back yet again, depending on how the health crisis pans out. This would have a knock-on effect for the hotly-anticipated unification clash with fellow British heavyweight champion Anthony Joshua, who currently holds the WBA (Super), IBF, WBO and IBO belts.

This “Battle of Britain” would undoubtedly be one of the most-watched and most lucrative boxing matches of living memory. But whether it takes place or not depends on if and when Fury’s rematch with Wilder happens, and if Fury actually beats Wilder again. There are issues on AJ’s side too, with Joshua’s most pressing concern being the Bulgarian bruiser, Kubrat Pulev. This match had originally been set for 20th June, but has of course been put on hold thanks to Covid-19.

Pulev has said he’s happy to go ahead with the fight behind closed doors, but AJ’s promoter has firmly ruled out having the match take place behind closed doors, saying “The crowd are so integral to the dramatic aspect of the sport of boxing, and in terms of being a TV product.”

Even in the absence of the pandemic, many fans would have been desperately impatient for Fury and Joshua to get the Wilder and Pulev matches out of the way, and move onto the main, blockbuster event of the unification battle. AJ has even gone a step further and suggested dispensing with those interim fights completely, saying “It would be amazing to tell Pulev I think you need to step aside, to tell Deontay Wilder there is bigger fish to fry in the UK right now.”

On the other hand, Fury’s US promoter, Bob Arum, has cheekily suggested that Fury will end up stepping into the ring with Pulev, not Joshua. “I guarantee you that Pulev will knockout Joshua like Tyson Fury knocked out Wilder,” he told one reporter.

Maddeningly for fans and boxing bigwigs alike, the coronavirus freeze means all these “what ifs” will continue to linger for weeks and potentially months to come. And the more time passes, the greater the chances that some upset – perhaps another slump for the previously troubled Fury – may even mean the unification fight never happens. It’s reassuring to at least know Joshua is clearly as eager as the fans at home. Despite what his own promoter said about spectator-free matches, AJ has said that if a match with Fury was set up on the condition that it’s held behind closed doors, he would absolutely go for it – even if it meant accepting zero profits from ticket sales.

“One hundred per cent I would fight for $8million (£6.4m) less,” he told DAZN. “I would take the opportunity to fight at the drop of a hat.”

Of course, these are boxing’s equivalent of “first world problems”. For elite level champions like Fury and Joshua, and A-list promoters like Eddie Hearn, the pandemic is a huge inconvenience, but their fortunes will see them through the bad times. Further down the ranks, however, boxers, promoters, trainers, sparring partners and other rank-and-filers in the sport will be hurting badly from the lockdown restrictions.

All of these people rely on frequent fights to make a living. As Eddie Hearn himself has pointed out, “The fighters coming through, small hall fighters, ones starting their careers or those who do not have a sponsorship deal face big concerns… They will have to give up the sport of boxing and get a job and that's heartbreaking for someone trying to live their dreams.”

The sheer uncertainty is what makes the situation so bleak. As Carl Moretti, vice president of boxing promoting giant Top Rank puts it, “How do you make provisions based on what is happening when what is happening is not over yet? We haven't found a lot of answers yet because this thing is still moving… You can't go back to the drawing board because there is no drawing board because nothing like this has ever happened. Is everything going to be normal in 30 days? Who knows?”

Even when normality starts to resume and fights commence, there are concerns that sponsors will have cold feet about investing in the sport when there’s the risk of a second wave of the pandemic, and fresh lockdowns. On top of that, viewers suffering from an economic downturn, and lost jobs, will be reluctant to splash the cash on pay-per-view matches. The gambling industry, too, has been hit hard. Consider the sports betting sites which have been growing rampantly until the sporting world shut down, with heavyweight clashes being a lucrative opportunity for both punters and gaming operators. In the words of Michael Dugher, chief executive of the Betting and Gaming Council, “Levels of gambling have plummeted not just because of betting shop closures but because of the absence of sport, which is fundamental to online betting.”

Still, despite all of this, perhaps the last word on the matter should go to bantamweight fighter Jason Moloney: “It sucks, but we have to put things into perspective. There are thousands of people dying from this virus, so I can't whine too much about a fight being postponed."