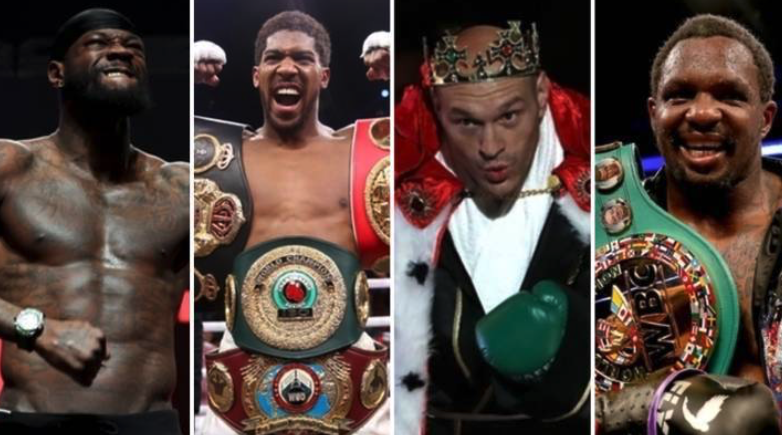 Before we start to summarize the heavyweight division, what a time it is to be a heavyweight fan right now. We are on the cusp of some of the biggest match ups ever and here today we will look into these in a little bit more depth.

Fancy a gamble on who’s going to be the next undisputed King of the Division? Betting Sites Not On Gamstop are offering some great offers that can be picked up for punters who are looking to get involved on the boxing markets. This includes Fury at 4/5, Joshua at 6/4 and Wilder at 6/1 and Whyte at 25/1. Sites on this website specifically target punters than want unhindered access to all the best betting and gambling markets there is to offer.

With Fury Wilder III set for December this year, its looking increasing likely that it potentially might have to be moved into the new year due to Covid-19 and lockdown restrictions limiting the crowd so fighters aren’t able to be paid what they are due for this super fight due to no gate. However, Dillian Whyte promoter Eddie Hearn has come out and said they will be taking legal action if this bout gets moved as Whyte has been the Mandatory to Fury’s WBC belt for over 1000 days!

Meanwhile, the other three world titles held in the division by Anthony Joshua is also due to get out before the end of the year – he’ll be facing his mandatory challenger for his IBF title in Kubrat Pulev. Joshua will be heavy favourite in this fight however he won’t want to get complacent again with all the big fights on the brink of the horizon.

Ultimately, the biggest fight that fans want to see in not just Britain but globally also is the Joshua vs Fury fight. Would most likely be the biggest spectacle that British fans will have ever seen also the highest revenue fight in the sports history. Something we hope can happen sooner rather than later but as stated above, theres many obstacles in the way before the super fight can happen.