Does McGregor have what it takes to beat Mayweather or Pacquiao? 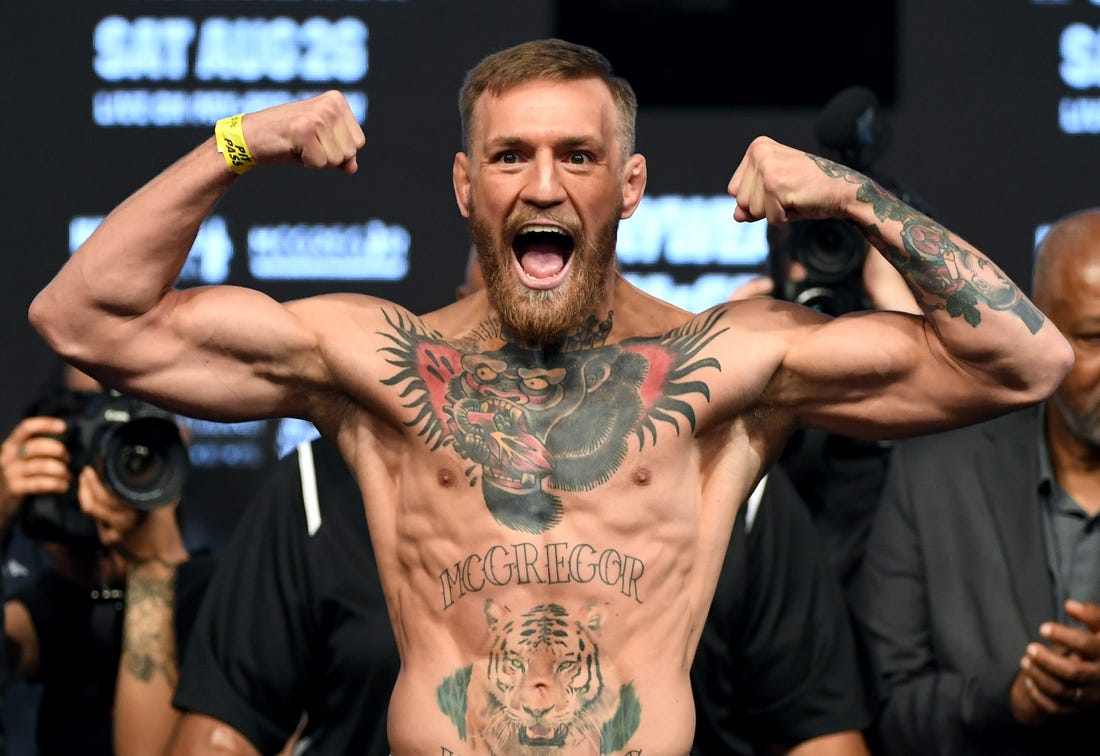 It's the rumour that simply will not go away. UFC man Connor McGregor making another attempt at boxing. The candidates to fight him are Manny Pacquiao and Floyd Mayweather, who he has fought once previously.

Here we look at whether either fight will happen and, more importantly, would he have a chance of causing an upset?

What does McGregor's UFC record show?

McGregor's record in the UFC reads pretty well. The Irishman has had 28 fights, losing four and winning the rest with a 79% knockout rate. Now, in the world of boxing, four defeats in 28 isn't much to write home about but MMA fighters don't concern themselves with protecting "the 0" like modern day boxers do.

Throw into the mix that every one of his losses came from submission and, actually, you can see why he thinks he could step into the boxing ring.

Unfortunately, his only fight in the square ring to date didn't exactly go to plan as he lost to Mayweather back in 2017.

He did, however, earn plaudits for some elements of his display in the early rounds but Mayweather was largely in first and second gear throughout. He could - and probably would - have stepped up his game if he felt the fight was in danger of getting away from him.

Mayweather was never in trouble though and won the bout courtesy of a technical knockout in the 10th round. It was as comfortable as any of his previous 49 victories. McGregor would have you believe otherwise though and took to Twitter saying 'he would promise his life' on a rematch victory.

Floyd is just as confident with rumours suggesting he may take the fight for an easy pay day. There is clearly an interest from Mayweather in picking up a 51st career bout too because he’s teased McGregor over his potential fight with long term rival Pacquiao claiming he’s fighting a second tier boxer as it doesn’t get bigger than Floyd Mayweather.

What’s all this about Pacquiao?

Pacquiao has long been cited as a potential opponent for McGregor and that fight looks to be edging closer to reality. McGregor recently took to social media to suggest an announcement was imminent after a return to MMA hit the skids. That confirmation hasn't arrived yet. It's a serious possibility though with Pacquiao now signed to Paradigm Sports. That's the same company as McGregor.

Both fighters have suggested the face off is a done deal with 'snagging' remaining. One part of which is that Pac Man wants to co-promote the event. Assuming the future plays out true to their words then just one question remains.

Who wins? McGregor, 32, has age on his side given he is nine years Pacquiao’s junior. The other thing he has going for him is his revamped physique, which many say is the best condition he's ever been in.

Of course, Pacquiao won't be heading to the fight with any fear. McGregor is a capable counter-puncher but Pacquiao has made mincemeat of plenty of those in his time most notably the likes of Miguel Cotto.

Given Mayweather has poked fun at the 'soft punches' he received when facing the Notorious, you'd have to expect Pacquiao to shrug off his offense with relative ease. The other area that might cause McGregor to come unstuck is how he deals with Pacquiao’s fast hands.

The MMA man is known for having a relaxed guard at times and whilst Mayweather’s style is more defensive minded, that won’t be the case with Pacquiao. If McGregor leaves himself exposed then he’ll be hit with a flurry of shots, which might be tough to recover from if it happens too often.

Everything points to Pacquiao and McGregor going toe-to-toe in the Middle East next year. Expect a great spectacle that ends with Pacquiao's handheld aloft.

After that, the Mayweather McGregor 2 rumour mill will get chugging again.

If you want to know more about MMA and the current odds click here: https://extra.betamerica.com/mma/odds/