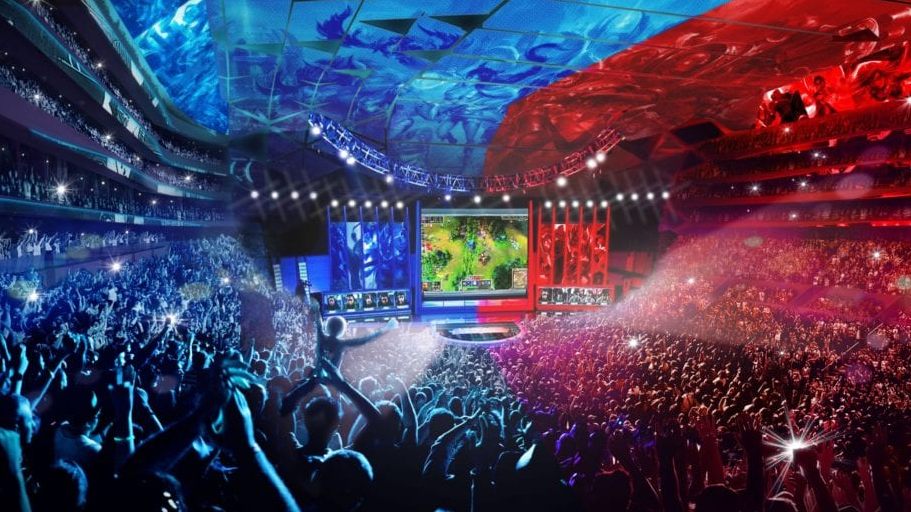 If you are into esports or enjoy betting on it, you know how important it is to watch all events live. Suppose you use the live esports betting VulkanBet service and bet on the outcome of the ESL Pro tournament: you want to follow what is happening in the tournament in real time, right? Fortunately, watching live esports matches is much easier compared to traditional sports: you don't have to go to the stadium. Instead, you can subscribe to an esports streaming platform and watch the game you want for free from the comfort of your home. Or, you can simply turn on your TV and switch to a channel that broadcasts esports events.

Remember a site called Justin.tv? Founded by Justin Kan and Emmett Shear, this site was one of the first real-time streaming platforms, and video games were just one of the categories on the site. However, when it became the category that attracted the most attention, the site founders decided to offer a “spinoff” called Twitch. Their goal was to stream video games only on Twitch and other categories on Justin.tv. Right now, no one remembers a site called Justin.tv, but everyone knows what Twitch is.

Founded in June 2011, the site has 15 million daily viewers according to June 2020 statistics and reaches more than 140 million users every month. Twitch is now owned by Amazon: it was sold for $970 million in September 2014 and became a part of the Amazon Prime program. Being a member of the site is free, and all broadcasts can be watched for free. However, if you do not subscribe to the channel you watch, you will have to watch ads from time to time. Twitch is currently the most popular streaming platform for esports and has its own superstars such as Ninja and Shroud. It is possible to follow almost all esports tournaments (and esports players) on the platform. Truth be told, if you have an internet connection and a browser, you don't need any other resource to track 90% of esports activities.

ESL stands for Electronic Sports League and is the world's oldest and largest esports organizer. ESL is actually a production company and organizes worldwide tournaments for various video games. It has its own leagues for almost every esports game out there, and matches in these leagues are held throughout the year. ESL Open, ESL Major, ESL Pro, Go4 Cups - each of these leagues and tournaments are followed around the world, and the world's most successful esports teams always compete in the ESL leagues.

The company broadcasts all the events it organizes live on its own Twitch channel. However, it also offers VOD (video on demand) service on its official site. You can watch the broadcasts of the matches that you can no longer find on the Twitch channel through this service. Using the service is completely free, and the matches are watched on YouTube. ESL also has its own live streaming platform called ESL TV, but it is not possible to say that this is an active service: there is almost no broadcast on the website. Apparently, ESL prefers to use its own Twitch channel to broadcast its events.

If you want to follow esports events even without an internet connection, GINX is the best option. This is a TV channel and can be watched from almost anywhere in Europe. Since it is a channel owned by the Sky Group, if you can watch Sky channels in your country, you can also watch GINX. The channel broadcasts in 10 languages, 50 countries and has more than 55 million viewers. This is a TV channel dedicated entirely to esports, and it streams live almost all events held in Europe related to esports. But in addition to these, they also have special programs like “This Week in Esports” and “The First Hour”. They interview esports players, even air documentaries about video games. You can also watch all broadcasts on the channel's website, there is a paid VOD service called GINX ELITE.

Sport1 is a German TV channel and can be watched in many European countries. Founded in 1993, the channel was mainly established to broadcast traditional sports (such as EuroSport) but has also started to broadcast esports matches in recent years. You can also find traditional sports such as football, basketball, handball and hockey on the Sport1 channel. League of Legends, DOTA 2 and CSGO matches are the main games they broadcast. It's not as comprehensive as GINX, and it doesn't have additional content other than the most popular video games, but it's still possible to use it as an alternative.

Officially launched in 2018, this Facebook service was designed to compete with YouTube Gaming and Mixer. Even Facebook did not intend to compete with Twitch and only aimed to become the second-largest live streaming platform. But after YouTube Gaming and Mixer were terminated, it suddenly became Twitch's biggest alternative. Mixer directed its own content producers to Facebook Gaming, which made this service gain more attention.

Currently, Facebook Gaming is still not able to truly compete with Twitch, but that could change in the near future as it is backed by one of the world's largest companies. Moreover, we can already say that it offers a better experience on mobile. Its ability to integrate with other Facebook services is another advantage: not now, but in 2021, we can start using Facebook Gaming to follow esports events.