At what stage do Wilder’s cheating accusations warrant a defamation lawsuit? 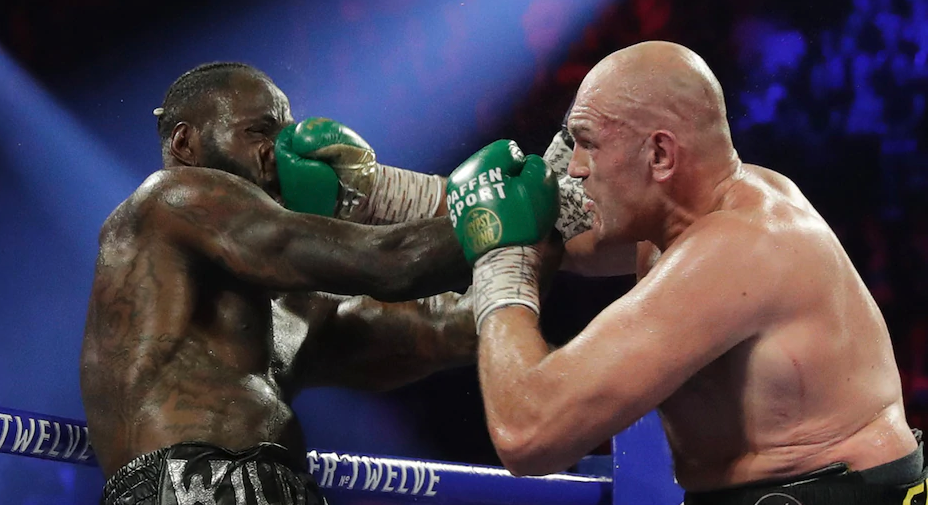 Above anything else, 2020 will be remembered as a year for sore losers. Indeed, over the course of twelve months, the world has been treated to some truly astonishing reactions to being defeated. And, arguably, Deontay Wilder will end the year as the world’s worst loser.

The 35-year-old has done more damage to his reputation than Tyson Fury was ever able to do in the ring during their February bout; which the Englishman won at a canter in seven rounds. Unable to digest the fact that he was beaten by a far superior boxer on the evening, Wilder has launched a scathing attack after scathing attack on Fury’s character since the defeat.

A line has been crossed

Now, we’re all used to the odd bit of smack-talk between fighters, and that, in many respects, is to be expected. In fact, it does a lot for the interest in the sport and it gives opposing fans the chance to enjoy some good-natured banter about the vanquished and the prospects of a rematch. However, on this occasion, even Wilder’s fans must be beginning to distance themselves from their man’s seemingly unstoppable excuse-making.

At first, and it must be said, the American appeared to blame those in his own camp for the defeat. Indeed, it started with a faint murmur from Alabama about how Wilder's costume was too heavy during the ring walk and therefore had rendered his ability to move around the ring adequately. An interesting and rather creative excuse was the reaction amongst the boxing world as they chuckled in amusement before they put their smartphones down, and carried on with their day.

“He must have worn it and knew what the weight was!”

“Wilder had everything going for him & got beat by a superb Fury.”@FrankWarren_TV on @BronzeBomber’s claim his ring walk costume caused him to lose vs Fury. pic.twitter.com/r4JhzwjLwk

But then his excuses became slightly more sinister as Wilder accused his trainer, Mark Breland, who threw the towel in on the evening, of being a double agent and working for Fury. If the initial reaction from boxing fans was amusement, it now turned to bewilderment. Wilder’s strategy to save face then changed as he began to smear Fury’s name by accusing him of ‘putting something hard in his gloves’ on the night of the fight.

We now had a runaway train and, before we could ask what proof he had, Wilder had announced to the world’s media that his water had been spiked before he came out to the ring. It became nearly impossible to keep up with the latest excuse the 35-year-old had provided for losing and, despite a bit of radio silence over the last few months, Wilder has come out swinging again. On this occasion, saying that Fury’s fingernails caused his ear to bleed on the night.

Forget gloving up, Deontay, you'll need to lawyer up

Now, boxing enthusiasts around the world aren't naive enough to think that any of these reasons are valid. On the contrary, Wilder’s ramblings suggest that he knows he was beaten by a man who has his number in every respect, and that a third fight against Fury would effectively end his career.

Although the prospect of a trilogy fight is not quite as dead in the water as what was once thought and should it go ahead. This should prompt many eager punters to ask how they can start gambling online, as the odds are always quite close between these two despite there being a huge disparity with regards to their respective talents. Indeed, Fury’s odds in Las Vegas were higher than evens before he went on to record a resounding win. Interestingly, these odds should stay more or less the same for a third fight as the chance of a one-punch knockout from Wilder will always be there, ensuring that Fury will always be good value.

"I think you have to laugh, and I think most people have laughed."@Carl_Froch says @BronzeBomber's claim he lost to @Tyson_Fury because of his ring-walk costume is 'ridiculous'.

That is, of course, if a third fight ever happens. However, after Wilder's accusations over the last nine months, the only fight we may see lined up won't be in the upcoming boxing schedules for the rest of the year, but in the courts.

You’d imagine that there is only so much more one-sided mudslinging that can take place before Fury launches a defamation lawsuit against the American. Fury’s camp probably initially thought that by not retaliating to his accusations, he would eventually wear himself out, or do enough damage to his reputation on his own terms.

Of course, he has, but he has also shown that he has the stamina to carry on tarnishing Fury’s name, and, sooner or later, the Englishman will have to say enough is enough. That will, of course, lead to a fight of some sort. Naturally, boxing fans will be hoping it's in the ring - but this appears to be heading for more of a courtroom showdown.