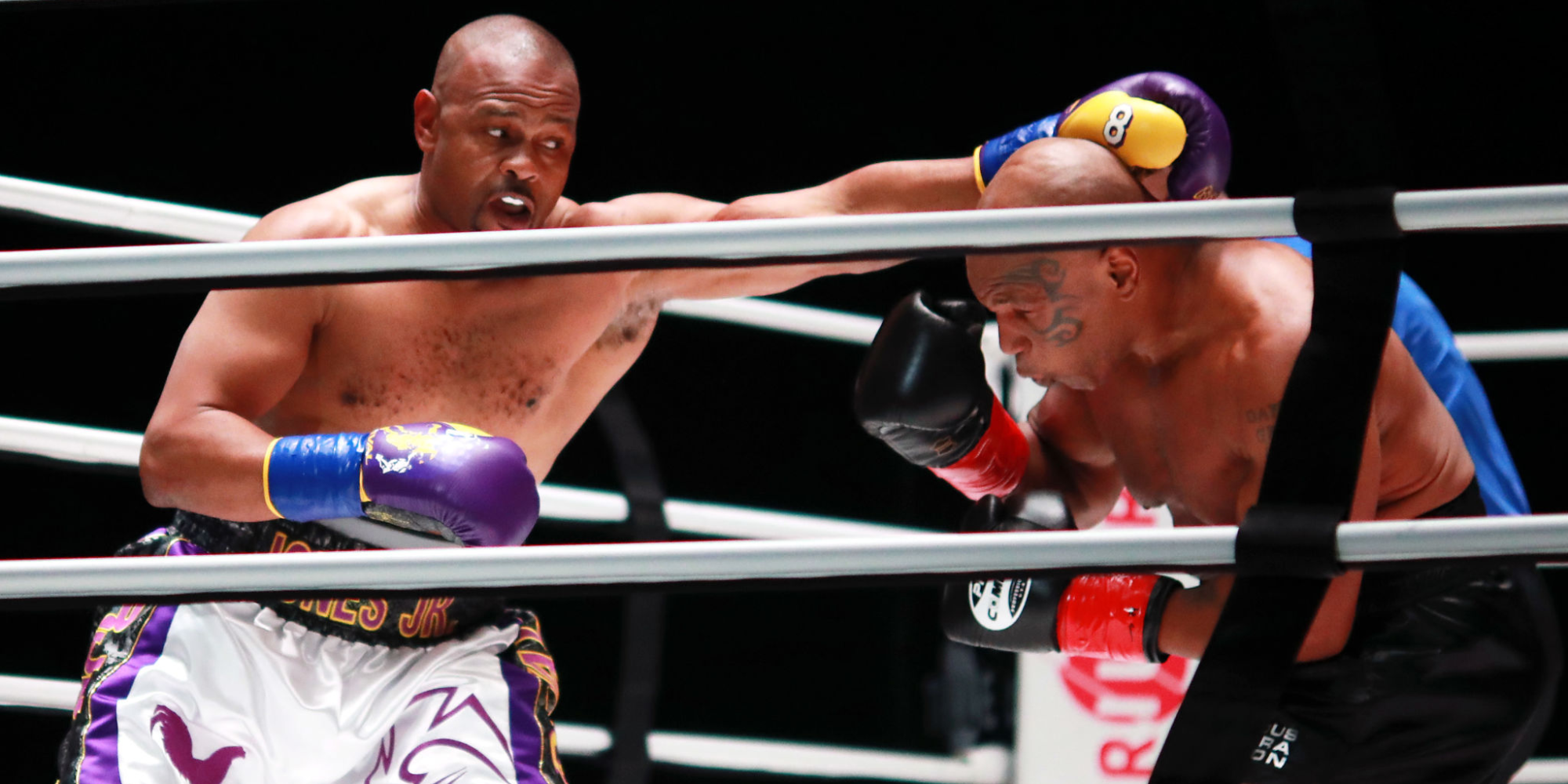 Two Boxing legends managed to stay on their feet for the entire eight rounds as Mike Tyson and Roy Jones Jr squared off last night at the Staples Center in California. Perhaps it was all part of the plan. The fight between Tyson and Jones was entertaining. Shades of the old Mike Tyson left hook could be seen throughout the fight along with the speed and movement of Jones Jr. The exhibition match saw Jones Jr holding Mike Tyson for most of the fight. Seldom did Tyson actually throw a head shot as Tyson spend most of his time hitting Jones Jr in the body.

In a fight where almost everyone saw Tyson winning by a landslide the judges declared the fight a draw. The questionable scorecards appeared to have been filled out before the fight even began. This is probably why it was called an exhibition. Regardless, it was an entertaining night. This isn't the last that we've seen of Mike Tyson either. Tyson stated that he plans to fight more exhibition matches in 2021. Some advice for Triller in the future, let the right man win.