THE MOST HISTORICAL MOMENTS IN THE HISTORY OF BOXING 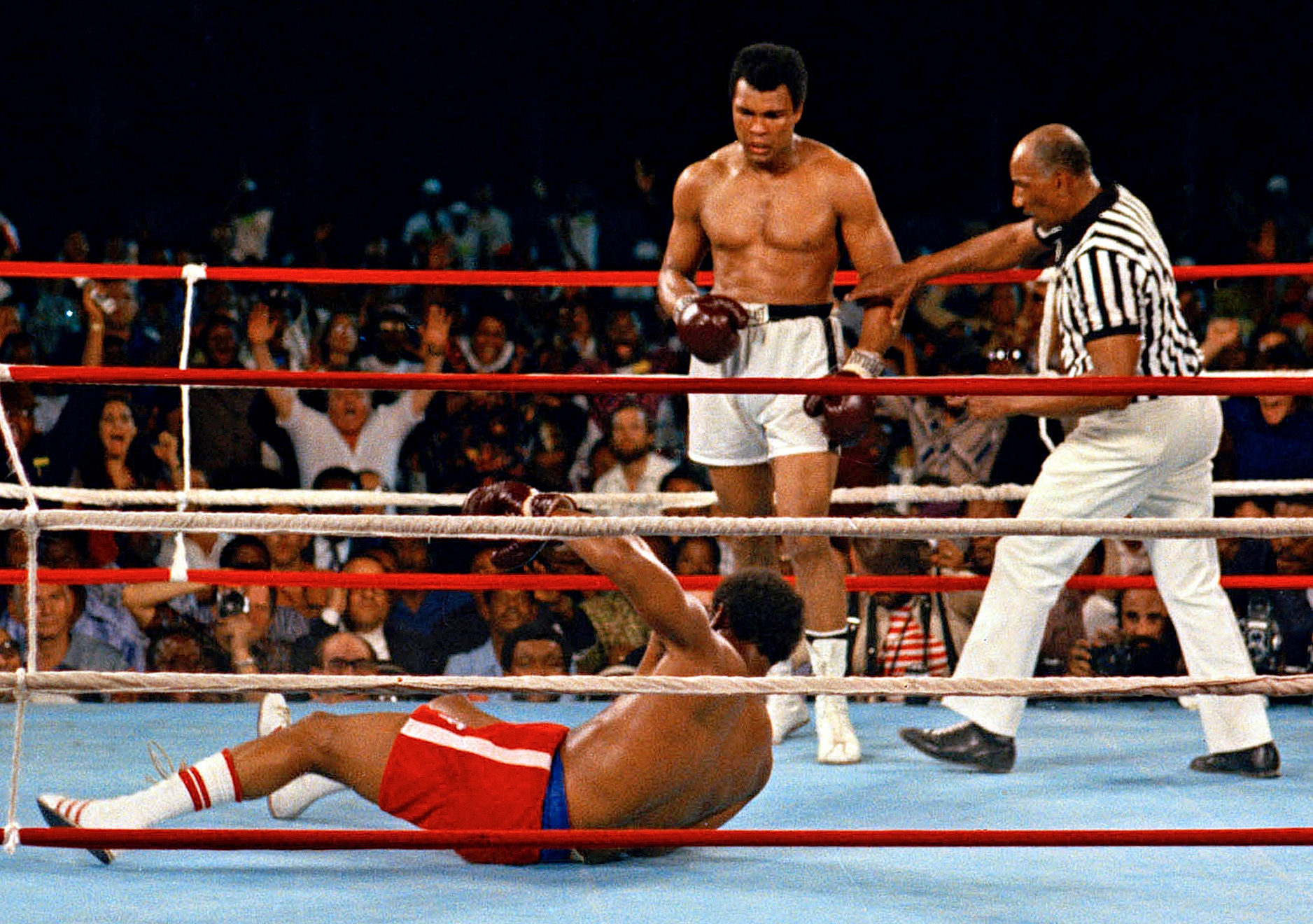 Whenever boxing is mentioned, what may quickly come to mind are names such as Mike Tyson, Floyd Mayweather, and Muhammad Ali, just to mention a few.

Similar to other tournaments or matches, the boxing arena has had exciting and shocking moments that will be told for generations to come. Below is a list of four most memorable boxing moments in boxing history. Read on

Let's head to a while back in 1974, when Muhammad Ali knocked out George Foreman, a moment that is often remembered as the ‘Rumble in the jungle’.

Muhammad had been the reigning heavyweight boxer of those times, but was stripped off this crown in 1967. After several events unfolded, including Ali being out of boxing for a whole 3 years, Ali and Foreman signed for a fight for the heavyweight title in Zaire. To most people, it was an already lost fight for Ali. Throughout the whole fight, Foreman had dominated but Ali soon recovered and knocked out Foreman who by then had been too exhausted. It was an opportunistic move for Ali that saw him regain his title.

As often said, once beaten, twice shy. After his defeat by Muhammad Ali in 1974, Foreman’s boxing career had taken a toll but not for the worst.

20 years later at the age of 45, Foreman proved to the world that he was still the king when he regained his heavyweight title in a fight against Michael Moorer in 1994.

In 1977, Foreman had decided to retire, but returned to boxing 10 years later.

Taking on a WBA and IBF champion Michael Moorer might have been to many people, a wrong move, but in a turn of events, Foreman was once again the reigning king of the boxing Jungle.

To most Boxing enthusiasts, the first thing that clicks whenever Mike Tyson is mentioned is nothing less of destruction in the ring.

Tyson is a 5’ll boxer; a fact that may seem like a disadvantage to him when competing against other boxers.

However, Tyson used his height to gain the heavyweight championship with speed, footwork, and movement.

At just 20 years old, Tyson took on the world's champion Berbick and in a matter of minutes.

The former heavyweight champion bowed to the new WBA champion, Mike Tyson after a knockout in the second round.

May 2nd, 2015, is a date that most of us in the Boxing community will recall as the day the fight between Floyd Mayweather and Manny Pacquiao ensued.

The fight was so mega that it set a new record by drawing a whole 4.4 million per-per-view buys.

The fans who could not get into the fight venue flocked major casinos and bars to witness that moment.

During the previous decade, fans had demanded a fight between Floyd and Pacquiao, and it is no surprise that the event made over $ 70 million.

Through unanimous decision, Floyd Mayweather took the crown home and half of the amount that was raised in the fight while Manny Pacquiao bagged the other half.