Behind the Scenes of Tyson Fury's Training Routine 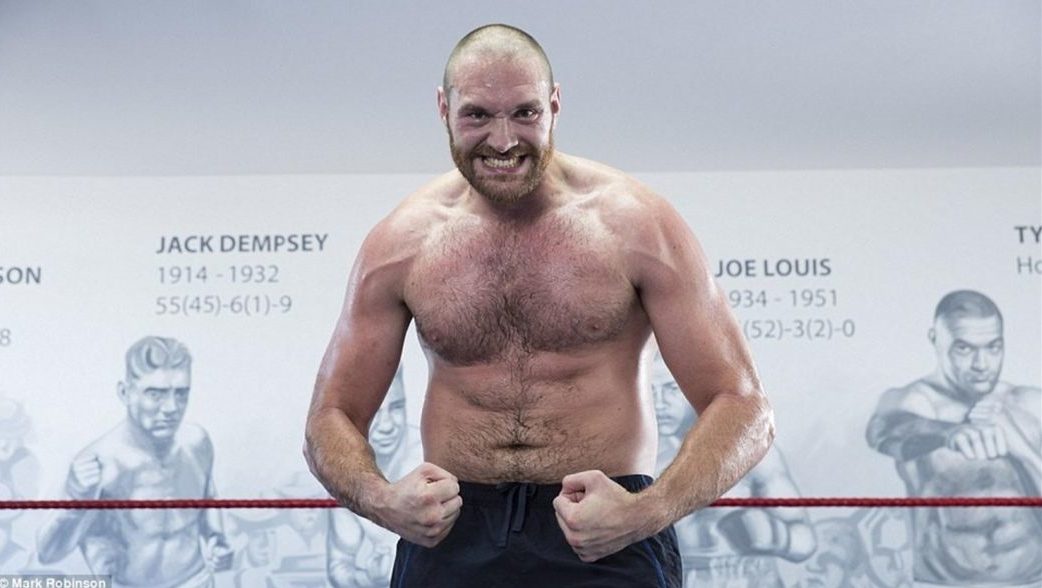 Tyson Fury, also known as the ‘’Gyspy King’’, in many people’s eyes is a living legend. The British heavyweight boxer has made a lot of noise both inside and outside the ring. He is well known for both his extreme behavior during a fight and in public. He has let the world into his life by publicly expressing his struggles with mental health, addiction, weight gain, and weight loss.

Fury has welcomed followers of his on social media platforms to join in on his workout sessions. He enjoys explaining what he needs to eat to stay on top of his game. His diet regularly includes 5 meals a day, however, sometimes he eats 7 dishes in 24 hours. Tyson has taken on a ‘’dirty keto’’ diet along with a strict training routine to help him maintain his fitness and keep him challenging for titles.

Although Fury is built like a giant, he is as fast in the ring as anyone. He is known as a total boxer, and this is down to both his natural ability and his intense workout sessions. He endures lots of cardio training and also high-intensity training.

Ropes: An exercise lots of boxers use that helps them to get their feet light. It also helps to improve the boxer’s stamina and helps them to reduce their weight. Fury uses many different techniques when rope training, like using normal ropes that bounce fast and sometimes side to side. He combines lots of these different variations during his rope routine.

Push-ups: Tyson often does hundreds of pushups in a day to help him gain upper body strength.

In the ring training: Because Fury is a total boxer, his trainer works on every aspect of boxing. Tyson trains for attack, defense, steps, and other obvious fundamentals involved in boxing. He will also go through lots of rounds with his trainers where he will be getting hit. His trainer will also guide him through many rounds where Tyson is throwing the punches, even when he is completely out of breath. In other rounds, the trainer will get Fury to focus on his foot skills. Fury is well-known to be a great boxer for ducking to avoid being punched, so trainers also bring this into his ring training.

He also spends long hours working on his punching skills using a heavy bag like this one.

Fury and his trainers take his training sessions very seriously. On his social media, you will find that he is constantly joking and having a laugh with his trainers, but both parties are extremely focused on maintaining the 2-time world champion’s boxing skills.

Tyson Fury is a giant of a man. After beating Russian Heavyweight, Wladimir Klitschko in 2015 to become the Heavyweight World Champion of the World, Fury turned to alcohol, fast women, and drugs. He openly said that after making his lifelong dream of becoming the World Heavyweight Champion come true, his life felt empty and he had no motivation to do anything apart from party. He piled on the weight and weighed approximately 400lb. After a suicide attempt, doctors warned his family about the dangers of his depression, and he decided to seek professional help.

Thankfully, Fury managed to get his life back on track. He managed to lose 142 pounds in total! He swears by his ‘’dirty keto’’ diet, the understanding of his mental health issues, his religious beliefs, and strict training sessions were the most important things to help him gain a body that was able to compete at the highest level.

In 2018 Fury took on Wilder which ended up in a controversial draw. Fury was knocked down in the twelfth round, however somehow managed to get back up. Most onlookers felt that Fury had dominated the fight, but the judge’s scorecards deemed the fight was a draw. Fury weighed in at 273 pounds for the fight and his competitor Wilder weighed in at 231 pounds.

Lots of different types of meat

His diet contained low carbs that were high in fat with lots of protein. Both his weight and insulin levels dropped significantly. The diet plan worked so well he managed to lose 138 lbs. In the past, it would have been impossible for a dietician to advise an athlete, or anyone for that matter, to take on such a diet. However these days, it is not uncommon for people to reduce the number of carbs they intake and eat other foods, even if they are unhealthy foods, to lose weight.

Although experts are still unsure about the damage caused by having a diet that consists of high saturated fats along with an intense, consistent workout routine, it did however work for Fury to reach his goals. Most health experts worry about people’s high cholesterol and the damage it might be causing to people's hearts when taking on such a strange diet.

In 2018, Fury also employed nutritionist Greg Marriott to guide him. Fury said his diet included lots of eggs, avocados, and rye bread. The nutritionist claimed that Fury needed 3,500 calories per day, however when he was doing gym work he would require 5,500 calories each day. After this, Fury was able to cut his weight. Fury also said that he would drink 8 litres of water each day.

Fury might not be everyone's cup of tea. He has been involved in some very controversial situations such as making homophobic remarks and having a close relationship with Ireland’s drug boss Daniel Kinahan who was involved with organizing his upcoming fight with Anthony Joshua. Many sponsors stay well clear of Fury because of some of his outlandish comments.

However, Fury has done a lot of good for the world too. He is a very charitable person who once gave around $9 million away from what he earned from the first Wilder fight. He has done lots for the traveling community in the UK and Ireland and he has been a fantastic spokesperson for mental health and those suffering from addiction.

Due to the current pandemic, Fury has advised people to stay at home and posted videos of him and his family members’ daily exercise routines. With many gyms closed all around the world, lots of people have found it difficult to stay fit, so the Fury family videos have been a blessing. They are full of cardio workouts that all the family can partake in. He motivates viewers with his constant instructions, and sometimes, these situations can end up being hilarious. Although he is the world champion twice, people realize he is just a normal father and husband trying to do his job. His loving and funny personality has been one of the few positives that have come out of this devastating situation. The house is full with his wife, children, and music pumping. Just like any other children, they sometimes like to cause havoc!