What are the biggest shocks in boxing history? 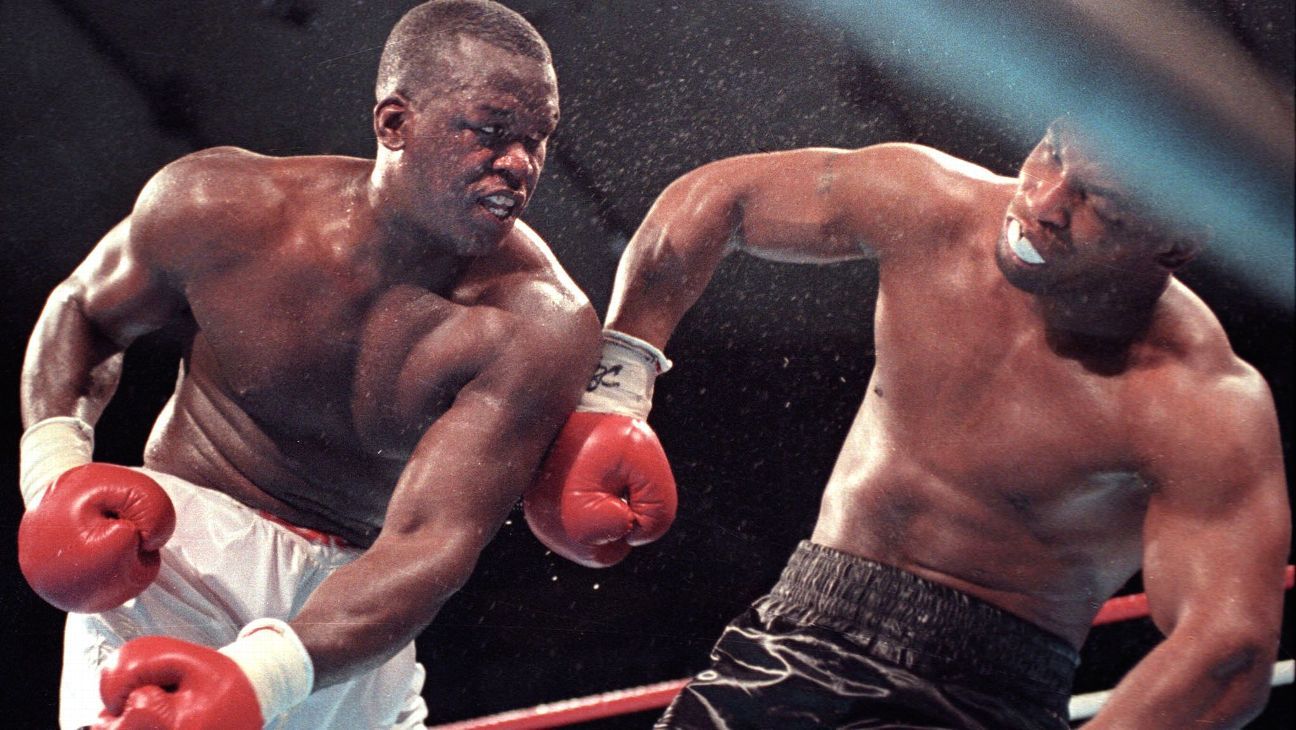 It is painful to admit that boxing is in a state of disarray at the moment with events like Jake Paul versus Floyd Mayweather Jr stealing headlines. Rather than rant and rave about why that's a farce, we're going to bury our heads in the sand and look back at some of the biggest shocks in boxing history.

Who knows, we might even kid ourselves that the YouTuber might spring a surprise against one of the best pound for pound boxers of all time.

Tyson had only been back in the ring for 15 months after his spell in prison. He'd faced four fights and made light work of them all having not been taken beyond the third round. He was heavily odds on to do the same against an out of form Holyfield; he'd lost one, won one, lost one, won one over his previous four fights.

Most people expected Holyfield to be a quivering wreck facing the animal that was Tyson at that time. He wasn't. He went to-to-toe with the 1/25 favourite. As the fight moved into the deeper rounds, Tyson began to lose control with wild swings. Holyfield picked him apart with some smart combos. By round 11, he was declared victorious. The rematch saw Tyson bite Holyfield's ear off!

Shocks come around in boxing for a variety of reasons. Sometimes it's injury, sometimes it is luck and other times it is arrogance. Lewis suffered from the latter in his 2001! Lewis 'the Lion' was a British icon; he had every right to be confident about facing Rahman. He was a considerably better boxer.

The trouble is, confidence to arrogance is a very small step that comes with big consequences. That's especially true in heavyweight boxing. Lewis was bossing the fight and, in truth, had begun to make Rahman look silly as the American failed to land every time he went on the offensive. Lewis dropped his guard to almost taunt Rahman. Bang. In heavyweight boxing, one punch can change a fight. It did that night. Lewis lost.

This is the most recent fight on our list. Joshua, who held the IBF, IBO, WBA and WBO titles, was due to be facing Jarrell Miller. After he failed multiple drug tests, Ruiz stepped in at short notice. The Mexican stands four inches shorter than 'AJ' and to say he doesn't cut the same athletic figure would be an understatement. A big one at that too.

1/25 odds suggested. Ruiz had different ideas. He recovered to his feet and came out blazing. His hand speed caused an off-form Joshua all sorts of problems. AJ hit the canvas almost instantly after felling Ruiz. Joshua was down again before the third round was over. The following rounds were tentative but two further Ruiz knockdowns in the seventh saw his arm held aloft as winner.

People have short memories in boxing. Plenty of fans - and experts - have written Joshua off as the true elite after that loss to Ruiz. Well, here to serve as a reminder that nobody is finished after one bad fight is Wladmir Klitschko. He had just the solitary blemish on his record from 41 fights heading into this bout at the Preussag Arena. The odds were heavily stacked in his favour.

South African Corrie Sanders was given little chance. Klitschko worked his trademark jab but his opponent was too quick. Just 25 seconds into round two and Sanders had won. He had dropped Klitschko four - yes, four - times before the referee stepped in. It was such a surprise that even Sanders couldn't believe it. Klitschko managed to bounce back from it alright though hence there is hope for AJ yet.

To the history of boxing the upset caused by Douglas can be compared to the victory of Leicester City in the English Premier League or the shock of Authentic surprising the Kentucky Derby expert picks by TwinSpires in last year’s horse racing calendar.

When Mike Tyson had his comeback fight last year there were plenty impressed by his conditioning. It was nothing on 30 years ago. When his bout with 'Buster' Douglas came around it was supposed to be a stroll in the park for Iron Mike. He was seen as untouchable after a destruction of the heavyweight division throughout the late eighties.

When the bell rang at the start of the first round punters needed to stake over £40 on Tyson just to see a quid profit. There would have been a few who were giddy with excitement after 30 odd minutes though. Not only did Douglas beat Tyson with a 10th round KO. He'd dominated the entire fight; those that backed the underdog had lined their pockets nicely.

There you have it, the five biggest shocks in boxing history. Although we’re still not giving Paul a chance in hell of troubling ‘Money’ Mayweather.