Is it over for the loser of Frampton vs Herring? 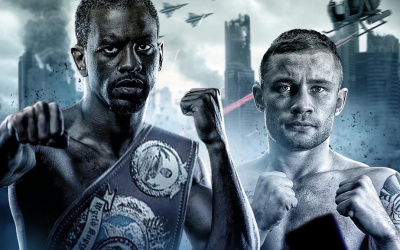 High stakes boxing creates a narrative that draws in even those on the periphery of the sport. From social media to various WhatsApp groups, it’s all abuzz with people making the most cast-iron predictions, even if they didn’t know there was a particular boxer by that name a day previously. That’s high stakes sport for you in a nutshell, but boxing has the ability to accentuate the excitement of a winner-takes-all matchup.

For Carl Frampton and Jamel Herring, the loser could be looking at retirement. If the Jamel Herring v Carl Frampton odds are anything to go by, it seems as if Herring has it all to do seeing as Frampton is the favourite, but there’s very little in both fighters' prices which will get tongues wagging even more. So, is it appropriate to predict such a stark future for the boxer who ends up losing?

One month to go pic.twitter.com/Stnschrksp

It probably is. Both fighters are now at the back end of their careers. Frampton is slightly younger at 33-years-old but he’s tasted defeat twice in his last seven fights which included a thrilling loss against Josh Warrington at the Manchester Arena.

Herring, on the other hand, is an older 35 and has lost once in his last seven fights, but perhaps we could position that differently and say that the American comes into this bout having won six straight fights. Eagle-eyed boxing fans would point to the fact that he was very fortunate to be crowned the winner of his last fight after Jonathan Uquendo was disqualified for what was deemed to be continuous intentional headbutting.

Indeed, Herring - a former Marine - will feel he has a point to prove after being written off by the fighting community. Although, what is interesting, is that Frampton’s future hasn’t been discarded as much as Herring's despite only being a year younger. That may take the pressure off the Northern Irishman ever so slightly given that all the noise seems to be around his opponent. But the truth is, Frampton also can’t afford to lose and will know as much deep down.

Such high stakes normally produce one of two outcomes in boxing matches. The first is that both fighters freeze in the face of the enormity of losing and being consigned to the scrap heap of professional boxing. This will often lead to a judge's decision after 12 rounds. The second possibility is that both fighters decide to leave everything in the ring and go hammer and tongs at each other for 12 rounds. We saw this when Frampton fought Warrington at the back end of 2018. Both fighter’s corners were in uproar after their men ditched their respective tactical game plans in favour of a slug-fest.

The Jackal returns next week, live on BT Sport pic.twitter.com/3R6DJuwOsD

On that occasion, Frampton lost and questions still remain about how wise it was to drop his hands and go toe-to-toe with Warrington when the general opinion was that he would be able to outbox the Leeds man and win on points. Here, we have our first indication of how this fight might play out.

Indeed, could Herring try and tempt the Northern Irishman to do the same when they meet or will Frampton once again decide that attack is the best form of defence? If it is to be the end for one of these two, you get the feeling they won't die wondering.