Why Do We Hear So Little About African Martial Sports? 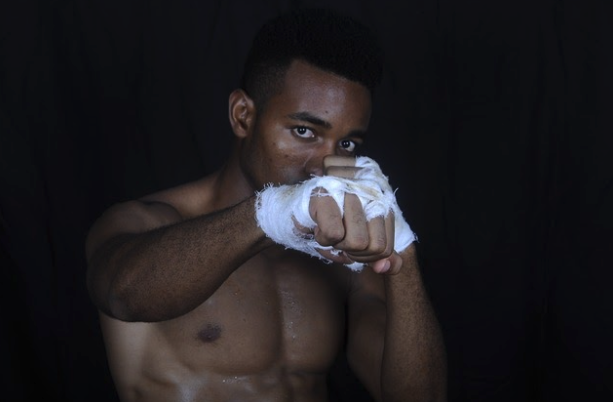 Martial Arts are so strongly linked to the Asian culture that a connection is instantly made when hearing the words. It’s true that Asia is responsible for most of the notable disciplines such as karate, aikido, ninjutsu, kung fu, or taekwondo. However, other regions have their own martial arts and Africa is one of them. Just like the Brazilian jiu-jitsu or the Israeli krav-maga, Africa has its own martial arts disciplines that have been part of the culture for hundreds of years. In this article, we’re going to explore some of the reasons why African martial arts aren’t as popular as their Asian, American, or European counterparts.

African Martial Arts Aren’t Popular Inside their Native Countries Either

One of the main reasons you don’t hear about African martial arts more often is that not even the natives are big fans of the disciplines either. Ask African citizens about martial arts like Dambe, Laamb, or Zulu Stick Fighting and you’ll see that not many will know what you’re talking about. Football is king across Africa and there’s little interest for other sporting disciplines, no matter if we’re talking about the ones that originate on the continent or international sports. Since there’s so little interest in martial arts among Africans, the local media outlets don’t focus on this subject either. Compared to other local martial arts disciplines, like Muay Thai in Thailand, the African contact sports aren’t enjoying the support of the community.

Another obstacle that stands in the way of African martial arts becoming more popular comes from the lack of competitions and official matches. Even though the progress registered in African countries in recent years is remarkable, the continent is still underdeveloped and there are far more pressing issues than martial arts.

There’s some hope for improvement when talking about Dambe, the Nigerian martial art form. The Dambe Warrior and Nigeria Traditional Boxing League Association are trying to popularize the sport by putting together some regulations such as:

Establishing a scoring system for the fighters

While this may sound like a stretch for some of our readers, there’s a strong connection between online betting sites’ behavior and the popularity of certain sports. Together with media outlets, bookmakers play an important role in popularizing a sport by including it in their offer. However, since this discipline isn’t popular among locals, martial sport is not a main market on the African betting sites. However, all the big players in the iGaming industry see Africa as the most promising market in the world. This means that local contact sports could gain more popularity as it gets more attention from local betting sites.

If you’re still not convinced that bookmakers can actually influence certain sports’ popularity, let’s take a closer look at what happened to eSports. The discipline was around for many years and gathered huge crowds in Asia at various events. However, only the die-hard gamers knew details about the teams, tournaments, or prizes involved in eSports. Everything changed when the giants of the online betting industry started to focus more on eSports - with a boom during the COVID pandemic when traditional sports were unavailable. It was only a matter of time until eSports became very popular all across the globe.

Of course, the bookmakers alone can’t take an unknown sport and turn it into a superstar. It took a lot of local efforts from organizers and federations to boost Muay Thai’s popularity up to the point it got on the betting sites’ radar. However, coupled with the soaring popularity of UFC, great things can be achieved for African martial arts as well.

These are just a few of the reasons why African martial arts aren’t more popular in the country and outside it. Of course, one can find several other reasons related to demographics, internet penetration, and many other factors. However, as Africa is an emerging market from many points of view, there’s still hope for contact sports on the continent. Especially since fighters like Israel Adesanya (Nigeria), Kamaru Usman (Nigeria), or Francis Ngannou (Cameroon) are doing such an amazing job promoting martial arts across Africa.