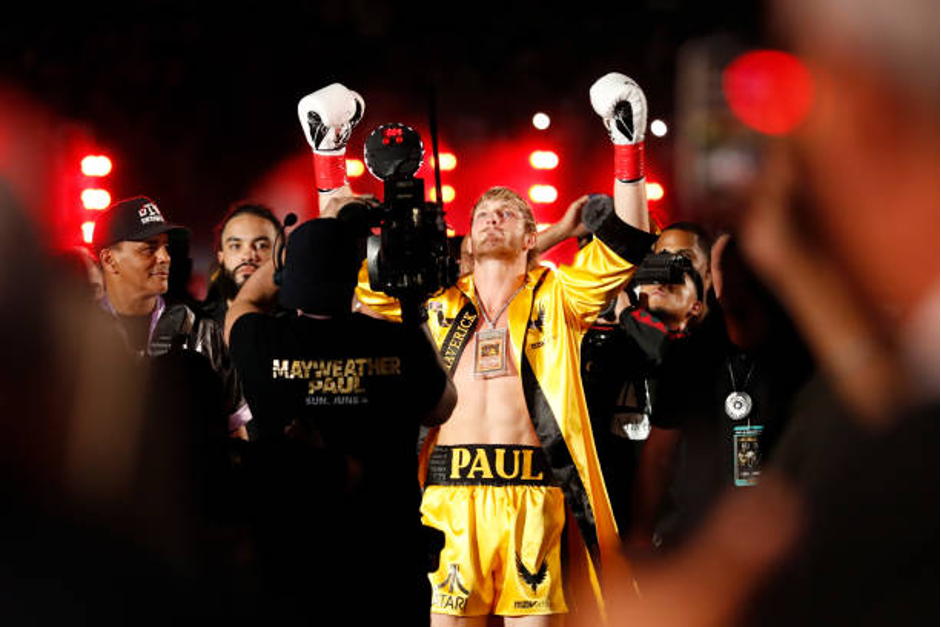 We all know that Jake Paul and his brother Logan Paul have been calling out retired and current boxers, NBA players, and even MMA fighters to come out to the ring and rumble. It does make for entertaining pay-per-view, but why in the world would Jake Paul call out Canelo Alvarez? The Alvarez himself -best pound-for-pound fighter currently in the world and probably the best fighter of his generation? Why would Logan Paul go and fight Floyd Mayweather knowing quite well that they are in different weight classes and have eons of experience separating them?

Well, the gimmick is out and everybody knows that there are meg-bucks to be made from the so-called exhibition fights that the mostly YouTube Paul brothers participate in. It’s a business that they are running at every real boxing fan’s expense. To quote UFC’s Dana White, some folks are willing to pay to watch these events, but “that’s not what I do.” Granted, the two brothers look good on camera and could have passed off for the stereotypical surfer-guy, bikini girl TV show. But this is boxing, and the records show that there are years, maybe decades of blood, sweat, and tears involved in becoming a champion boxer.

Didn’t catch the last Usyk versus Joshua fight due to a packed study schedule? Afraid you’ll miss the Canelo-Plant fight on November 6th? An expert paper writer may be just what you need to get that extra time to watch all your favorite matches.

Calling Out the Big Names

Anyone who knows boxing knows how competitive the sport can be and how much time, effort, and talent, or sheer hard work it takes to even get ranked over amateur stints. Somehow, YouTube boxers such as the Paul brothers and Nate Robinson think that they can jump some kind of line over fighters who have been doing this for years. It started as a joke probably, just a means of collecting extra bread and business over a blogging career. It’s gotten way serious now. Nate Robinson lying flat on the mat after a KO loss to Jake Paul was a scary and eye-opening moment. Is it safe for non-boxers to fight in a sanctioned match under the guise of an exhibition? As Canelo Alvarez put it, “boxing is no joke.

To put it into perspective, some of the other stars that have been called out by the brothers aside from Canelo and Mayweather include Kamaru Usman, Gervonta Davis, Conor McGregor, and Jorge Masvidal. Do the Paul brothers think they can win a rational fight against any of these names? Granted, Logan Paul did show some decent boxing skills and ring logic when he faced Mayweather. But that might not be enough, and neither does it show his motivation for fighting in a completely different weight class (Mayweather is 50 pounds lighter than Paul). Paul was overconfident of his size and weight, and the underdog that always works for the crowd. As Logan Paul himself said, “I don’t need to outbox Mayweather, only last till the end of the fight.”

Is The Boxing World Complicit in The Great Scheme?

The Logan brothers and other ‘influencers’ who are turning to boxing specifically may have just figured out how to milk the cow easily. Maybe they should have given the NFL or NBA a try, but everyone knows you can’t hide your lack of skills there. Boxing on the other hand was easy pickings for them because of rules that are too flexible, and with management that seems too concerned with profit over credibility. Most professional boxers, even well-known names like Billy Joe Saunders who have been competing for years struggle to get a $500,000 payday. The Paul-KSI fight netted each of the players at least $900,000, with each of them having zero fight records coming in.

It suffices to say that the boxing world has become complicit in this money-making scheme. It’s a quick way to make money without going through all the red tape. As for the YouTube stars, anything is possible tomorrow. No one knows how passionate they are about the sport of boxing. They might just as quickly move on to other hobbies and interests as soon as boxing doesn’t work out for them.

Boxing especially in the United States hasn’t had that big of a loyal audience especially since the 80s and 90s heavyweight eras. Fight attendance numbers have been dwindling, and PPV is now favored as a business model. Most of the greats who were crowd pullers such as Tyson, Roy Jones Jr., and Floyd Mayweather have all but retired from the sport. Maybe the Paul brothers and other Youtubers such as KSI are doing the sport a hidden favor by drawing in the new generation of younger audiences who are not familiar with conventional and competitive boxing.