The Top World Boxing Champions From The UK 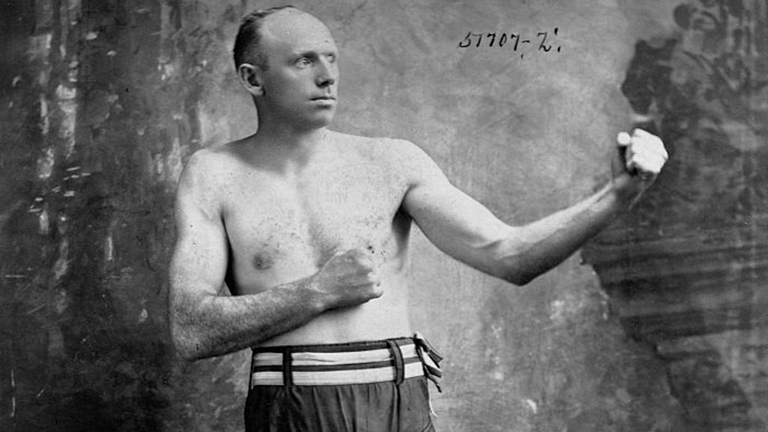 British boxing is currently enjoying something of a renaissance. With UK boxers taking pride of place as reigning champions across several weight classes and young upstarts like Chris Eubank Jr and Daniel Dubois making waves, it’s safe to say the quality of UK boxing is among the highest it has ever been. With that in mind, in this article take a look at some of the top boxing champions the United Kingdom has produced over the years!

Cornwall-born Bob Fitzsimmons earned his place in the history books as the first boxer to win three world championships across three different weight divisions. Fitzsimmons turned professional in 1883 and earned his first title some eight years later after knocking out Jack Dempsey to earn the middleweight crown. In a far cry from today’s sport, reports say that Fitzsimmons knocked Dempsey down no less than thirteen times! Fitzsimmons would go on to take the World Heavyweight title from Peter Maher in 1896, before winning the Light Heavyweight title in 1903 from George Gardner, all the way over in San Francisco.

Londoner Michael Bentt competed professionally for just five years but made an incredible impact on world boxing. While Bentt was born in the UK, he made his name in the United States, having taken the WBO heavyweight title from Tommy Morrison in 1993. Less than a year later, Michael Bentt retired and turned his talents to acting. He most notably starred as Sonny Liston in the 2001 Muhammad Ali biopic ‘Ali’, and also enjoyed moderate success in the world of television.

No list of boxing champions from the UK would be complete without mentioning Tyson Fury. Morecambe’s very own Gypsy King is almost as memorable for his antics outside the ring as he is inside - with a well-documented comeback from mental health issues having inspired millions around the world. With Fury suggesting that he could retire after defending his WBC title against Dillian Whyte earlier this year, the lineal champion would certainly be going out on a high. Throughout his career, he has defeated many iconic heavyweights like Deontay Wilder, Derek Chisora and Wladimir Klitschko, and currently remains undefeated.

With such high and consistent performances during every fight, Fury has become a fan favourite for many sports bettors across the world. Sports betting sites offer betting on a number of great sports such as boxing, such as over at Leovegas.com/en-gb.

Herbie Hide, known in the ring as the Dancing Destroyer, had an illustrious career spanning over two decades. Hide held the WBO heavyweight title twice (having defeated Michael Bentt in 1994 and Tony Tucker in 1997). Hide also won the then-vacant British heavyweight title in 1993 by defeating Michael Murray via technical knockout. However, an ongoing skin issue meant that London-based Hide would eventually have to vacate his titles in lieu of being unable to defend them. Undeterred, Herbie Hide returned to the ring and continued to box until 2010, facing opponents like Vitali Klitschko along the way. He retired with a professional boxing record of 49 wins and just 4 losses making huge hits in the boxing news world!

Widely regarded as one of the greatest boxing champions of all time, Lennox Lewis remains the last heavyweight to hold the undisputed title. Having competed between 1989 and 2004, Lewis was a three-time world champion and two-time lineal champion. Lennox Lewis was born in London’s West Ham, although he held dual British-Canadian citizenship and competed for Canada in the 1988 Olympic Games as an amateur, eventually picking up a gold medal in the super-heavyweight division. During his career, Lewis faced off against some of heavyweight boxing’s most formidable opponents, including Mike Tyson, whom he defeated in 2002. The following year, Lewis defeated Vitali Klitschko, before retiring as one of the top UK boxing champions in 2004.